The Craft of Art

The Craft of Art

The Craft of Art is the collective name for a couple of statues by Adrian Jeans which, for the duration of the Liverpool Biennial 2014, will sit in the incongruous setting of the Met Quarter in the centre of the city – a shopping mall full of expensive shops, with products produced by slave labour, to be bought by people who don’t really need them and with money they don’t have.

The two statues are called An Allegory of Death and Destruction and An Allegory of Life and Creation and are supposed to represent, through the Chinese/English model and the debris of the Victorian houses on which she stands, the international nature of the city and how it has changed over time.

Apart for the colour, one is white the other dark grey, the statues are the same apart from the fact that in her hands the figure holds an AK47 in one and a bunch of weeds in the other.

It seems that Jeans is one of those who thinks that the building of shopping centres and the proliferation of cafes, restaurants and bars in what used to be warehouses and banks indicates that the city has stepped out of the decay that it was in during the final decades of the 20th century.

But his representation is reactionary in contrasting the two images.

If there was one point where national government took in interest in post industrial Liverpool it was after the riots in Liverpool 8 in 1981. Up to that time the Thatcher government (as well as the so-called Labour opposition) had basically written off the city. Why? Because it was prepared to fight.

To Thatcher’s chagrin she was forced to allow in injection of money to the city in the form of the Garden Festival of 1984. After two, seven-year periods of EU Objective One money (given only to the poorest parts of Europe and Liverpool was the only one (ever) to have received two bites of that particular cherry) things were still bleak. By the end of the century the fight had gone out of Liverpool as it had in all other parts of the country and now low paid jobs in retail, catering and tourism are considered adequate compensation for the loss of the traditions which the city held for hundreds of years.

These are the weeds that the white statue holds in her hands. For the flowers that we look for in a decent future are not gained without struggle and sacrifice, ‘without taking up the AK47’ which Jeans considers only represents death and destruction.

However, this sort of debate about contemporary art can only take place when we consider the two statues together. The interpretation of a single piece would lead to an entirely different perception.

The statue with the gun, especially as the model is Chinese and wearing a military style cap, would seem to indicate a guerrilla fighter. The one without the gun is just a Chinese woman holding a bunch of weeds.

Another point which this installation poses surrounds the ‘Do not touch’ signs. It’s not only here but also in the main centre of this year’s Biennial at the ex-unemployed centre on Hardman Street. One of the things I thought modern, people-centred artists (who are supposed to be those exhibiting at such Biennials) wanted to create a closer connection with the viewer. How is that possible if they literally put their creations on a pedestal and don’t allow any tactile involvement. NB. This installation is part of the Independents Biennial!

Some of these artists pretend to be ‘of the people’ but they are merely younger versions of those precious, self-obsessed artists from history.

The management of the Met Quarter probably see themselves as patrons of the arts and being magnanimous by allowing the statures space on the ground floor of the mall. However, they couldn’t be any further back and are so ‘out’ of the shopping space that the shops spaces closest to them are empty, whatever businesses might have been there in the past unable to make a go of it – even in the present phantom up-turn in the economy.

Nonetheless they are worth going in to have a look. If you do make sure that you look out for the alcove on the left hand side as you go to see The Craft of Art. Here, next to the lifts, is the War Memorial to fallen postal workers that used to sit in the main hall of the Post Office when the building was Liverpool’s main sorting office. This beautiful statue, a young woman with bowed head mourning the dead, is by the Liverpool sculptor George Herbert Tyson Smith. One of his other works is the unique Cenotaph on the St George’s Plateau (where another of the Independents Biennial projects, The Middle Way (the red hand), will be on display).

The installation will be in place until 31st August 2014.

As a companion to the statues in the Met Quarter Jeans also has a display of six heads in a shop window in Nelson Street, the centre of Liverpool’s Chinatown.

Once a vibrant street (not too many years ago) any visit here now is a sad affair. Although Jeans argues that Liverpool has been ‘revived’ the corpse looks definitely dead in Chinatown. There are more plants growing out of the buildings than are on the street, the largest Chinese arch in the world outside China looks incongruous next to the Blackie and the once fascinating pub, the Nook, has been closed down for years.

“In the world today all culture, all literature and art belong to definite classes and are geared to definite political lines. There is in fact no such think as art for art’s sake, art that stands above classes, art that is detached from or independent of politics.”

Mao Tse-tung, Talks at the Yenan Forum on Literature and Art, May 1942 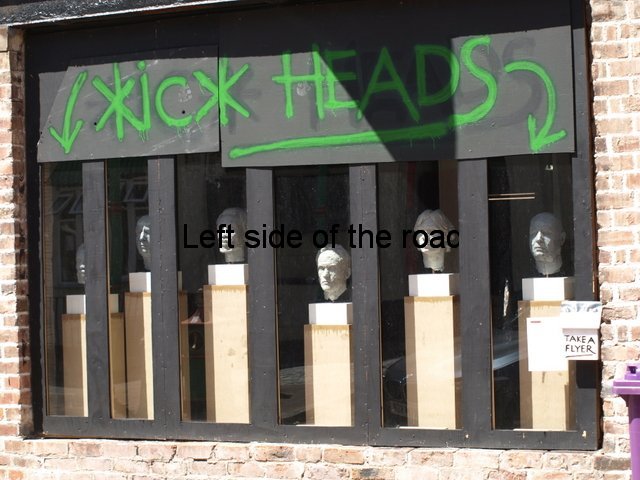 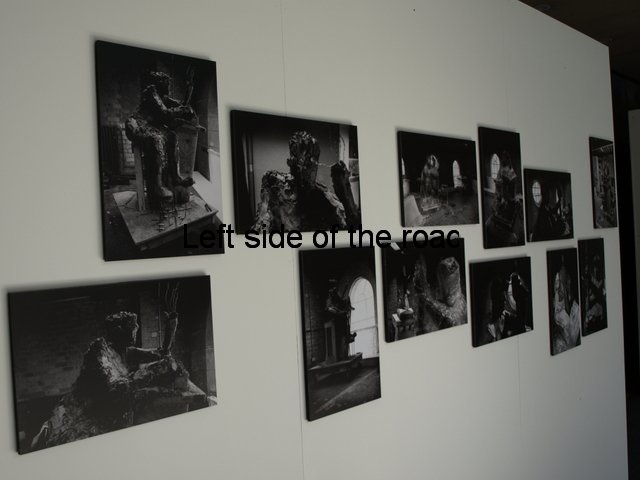 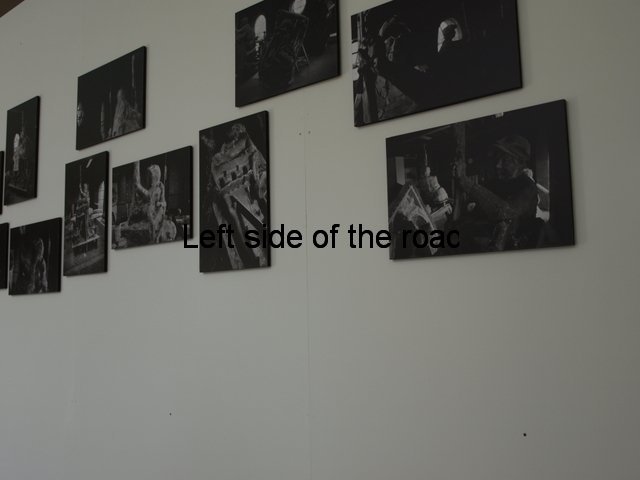 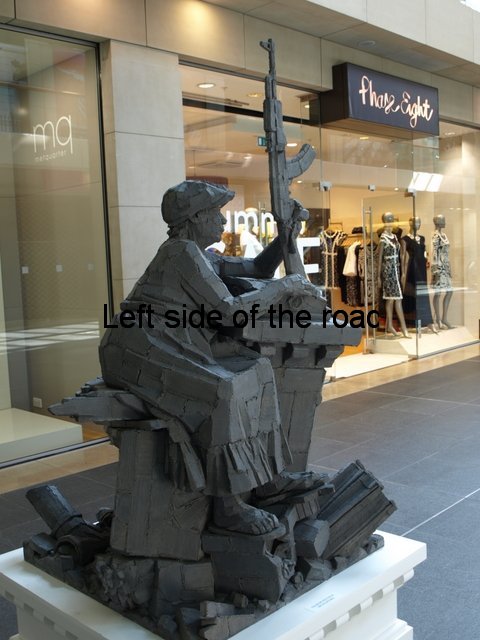 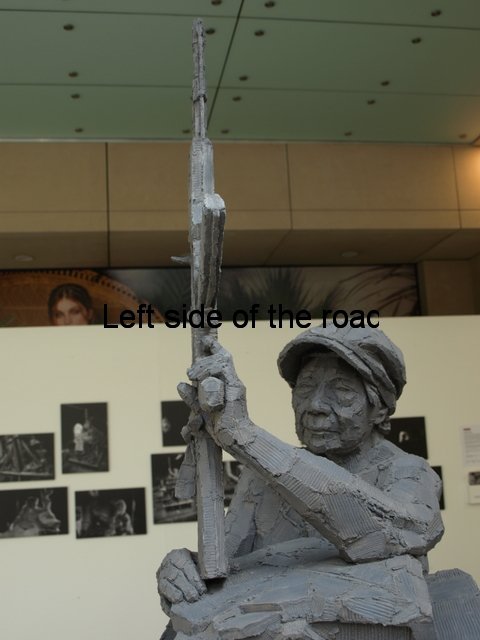 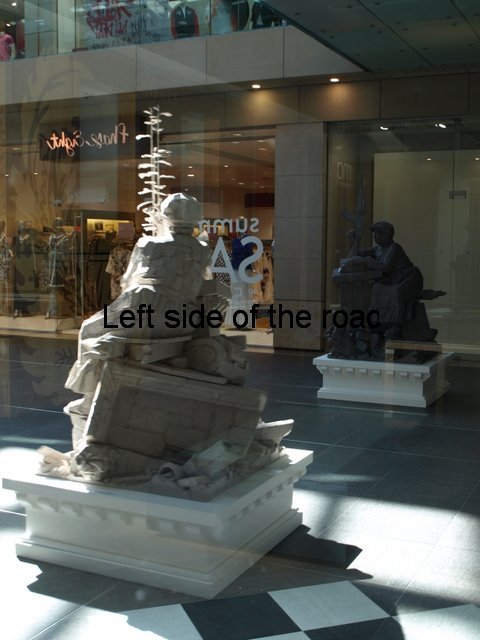 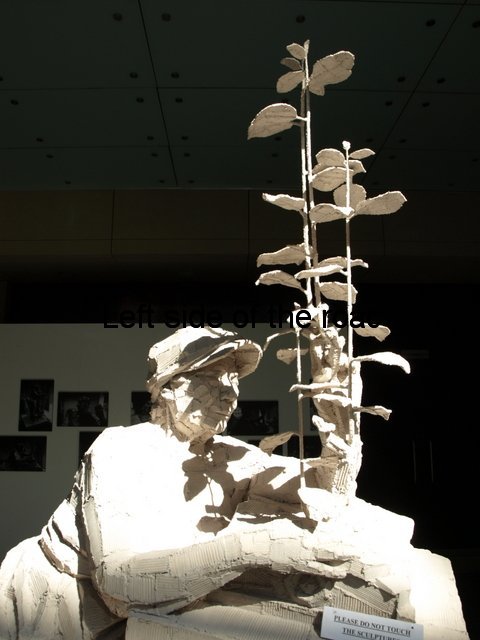 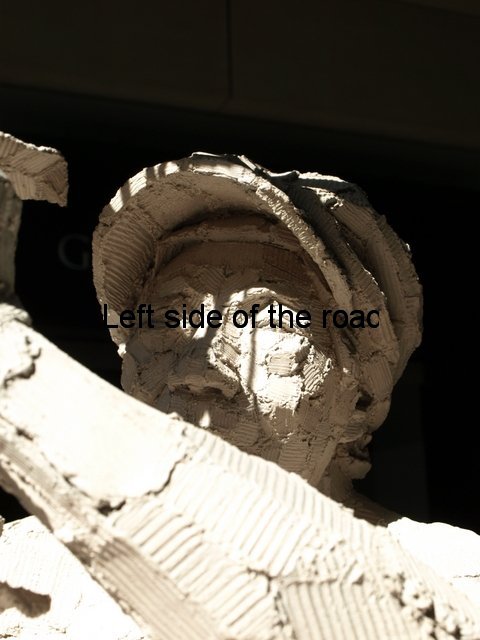 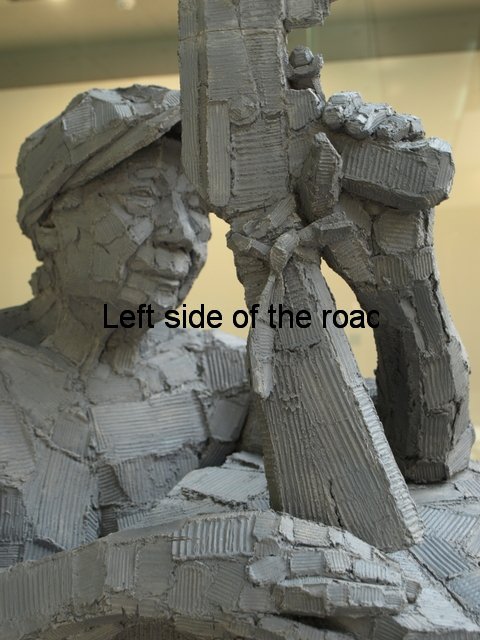 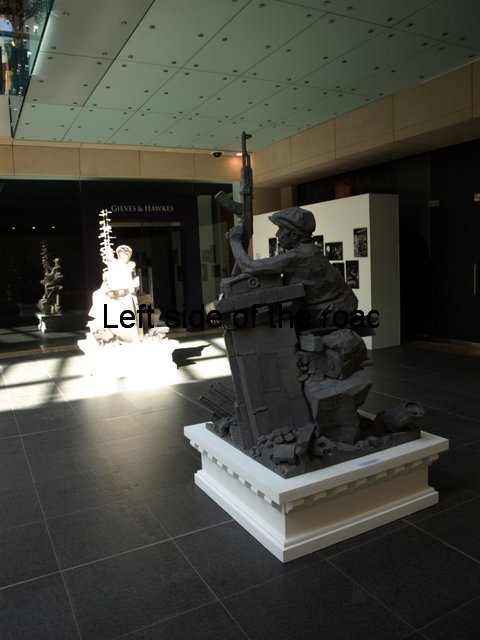 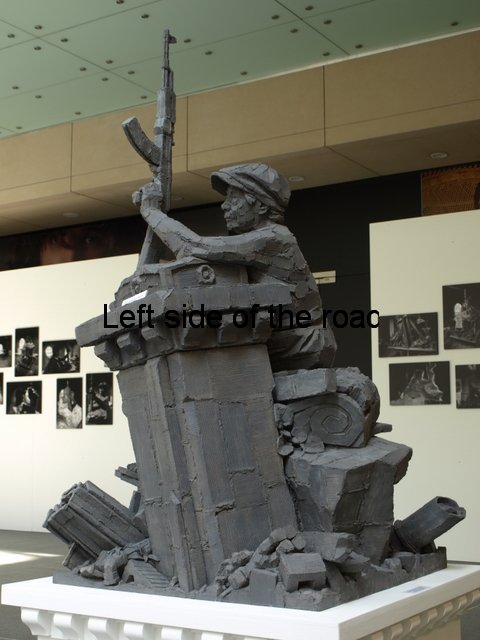 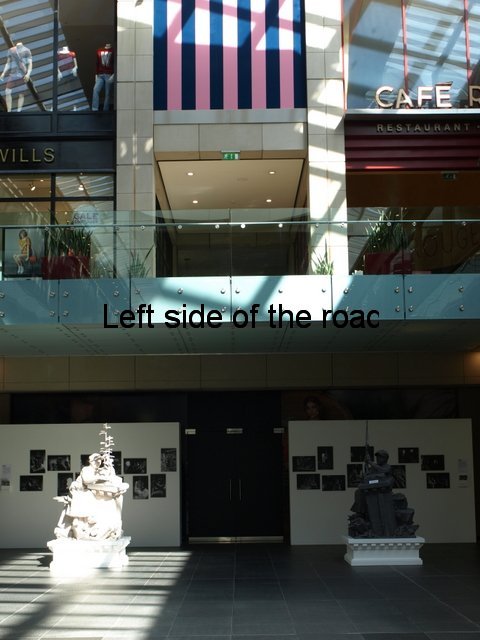 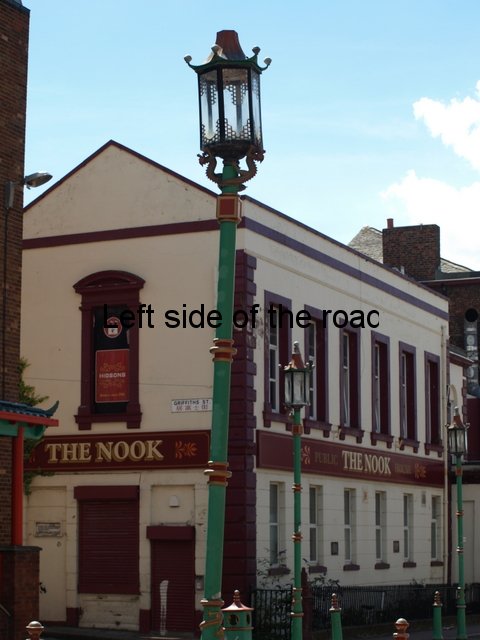