The workers’ red flags to celebrate Liberation Day in Vlora

29th November 1944 – the date of true independence for Albania

For such a small country, in terms of geographic size and population – yet big in the sense of having taken on the challenge of the building of revolutionary socialism – Albania has two days on which it celebrates its independence. The first was from the Ottoman Empire on 28th November 1912 but by far the most important and significant is that of the 29th November 1944 – the date of true independence for Albania.

However, in the last 24 years the Albanian people have allowed that independence to slip through their fingers and now they are even further from real freedom than they were at the beginning of the 20th century. With an economy that is skewed entirely to imports and with little to sell to the outside world (and consequently a huge national debt – which was non-existent under socialism), dependent upon cash transfers from Albanians working and living abroad (a not insignificant amount of that through the money laundering activities of gangsters) and with a military that’s a mere adjunct to the North Atlantic Treaty Organisation (NATO) there is little that Albania can do without the say so of more powerful countries or international organisations.

This is the reverse of the situation that existed in Tirana 70 years ago today. Under the leadership of the Albanian Communist Party the National Liberation Army had freed the country from first Italian and then German Nazi Fascism – one of the few countries in Europe to rid themselves of the scourge of fascism by their own efforts. The units that marched in celebration through the streets of Tirana at the end of November were composed entirely of local fighters, not as in Paris and other European capitals by foreign, invading troops (be they British, American or even Soviet).

Immediately after the leader of the Albanian Communist Party (later to be renamed the Party of Labour of Albania), Enver Hoxha had proclaimed that Albania was to be a People’s Republic the land was taken from the feudal and absentee landlords and distributed to those who worked it, collective and state farms being established before the end of 1944. The huge mineral resources of the small country were declared property of the people as were the factories that would have to be rebuilt quickly in order to attempt the construction of socialism.

The Constitution of the country guaranteed all citizens employment, housing, education, health, social security and pensions, cultural and sporting activities. In return the people were expected to abide by the socialist principle of ‘s/he who does not work shall not eat’ and to work collectively for the benefit of all of society. Given that the country had been devastated by the 5 years of anti-Fascist struggle such promises involved hardships, especially in the early years.

But these aspirations were too much for the capitalist and imperialist powers (in Albania’s case especially Britain and the USA) and the first ten years after liberation saw countless attempts by these powers to destabilise the country, ferment discontent and initiate armed counter-revolution, all such attempts being crushed by the security forces following the vigilance of the people.

Apart from having to deal with capitalist opposition (which was not surprising and, indeed, should be expected by any country attempting to construct socialism) Albania had to deal with the treachery and vindictiveness of erstwhile friends and allies. First Yugoslavia under Tito attempted to suck small, independent Albania into the Yugoslav Federation. Then the Soviet Union (in 1961) under the control of the Khrushchevite Revisionists (after the death of Stalin) first used intimidation and then, with no notice at all, withdrew all technicians and specialists who had been helping Albania in its industrial development. These bullying tactics were again used in 1977 by the ‘capitalist roaders’ of China who had taken control of the country after the death of Chairman Mao.

Projects were left half completed and the Soviet and Chinese specialists were ordered to even take the plans and blueprints so the Albanian engineers and technicians had to work that much harder, in isolation from the outside world, in order to complete the major construction undertakings upon which the advancement of the country depended. In the face of such obstacles the men and women of Albania showed themselves more than up to the task.

Faced with such difficulties it’s amazing that tiny Albania was able to hold out so long against all their enemies, both within and without. The counter-revolution was able to succeed in 1990 but that still meant that the population of less than 7 millions workers and peasants were able to maintain their independence and attempt to build a socialist society for almost 46 years – seven years more than the Soviet Union (which constituted one sixth of the Earth’s land mass) and eighteen years more than China (which had a quarter of the world’s population).

The so-called ‘democrats’ that have been in power since 1990 have succeeded in dismantling virtually all the achievements of those 46 years. Land has reverted into private ownership of the big landlords, industry hasn’t been privatised as it was actually looted and destroyed (surely nothing but a fascist tactic and something which needs further study and analysis) and social provision in terms of education, health and welfare has all but disappeared.

Successive governments have tried to take away the importance of the 29th November by laying a greater emphasis on the 28th November which celebrates the independence of 1912. This reached its apotheosis in 2012 with the return of the remains of Zogu (a self-proclaimed king and fascist collaborator) and his installation in a tomb in a military barracks on the eastern outskirts of Tirana and the installation of a brand new statue of the said despot near the (now demolished) Tirana railway station.

However, in the major towns those who remembered and understood what true liberation is all about would congregate, on the 29th , at the war memorials to the Partisan dead and fly the red flags of revolution in memory of those who fought for true liberation, a liberation from oppression and exploitation. In the past, on such occasions, school children would be present to place flowers on ALL the graves, even of those who might no longer have any living relatives. In this way the younger generation was taught about the sacrifices of the past, something which is being lost in the present.

At present the country has a social democratic government and in early November 2014 Mother Albania, the huge statue that is the centre-piece of the National Martyrs’ Cemetery in Tirana, was having a clean-up before the major ceremonies of the last couple of days. This might have prompted a return to the idea for the Albanian people that the 29th November 1944 was the date of true independence for Albania. 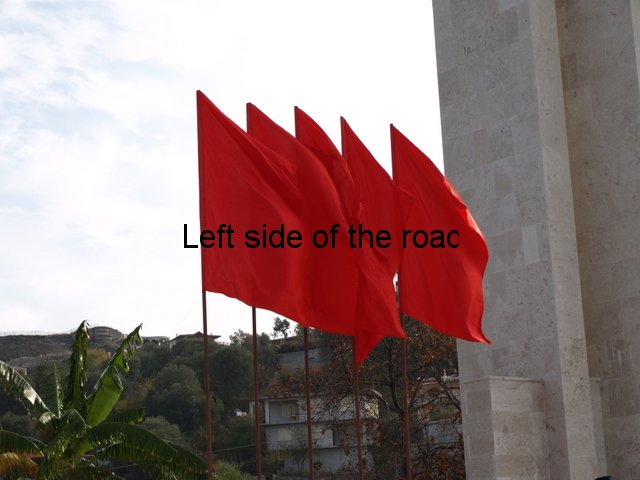 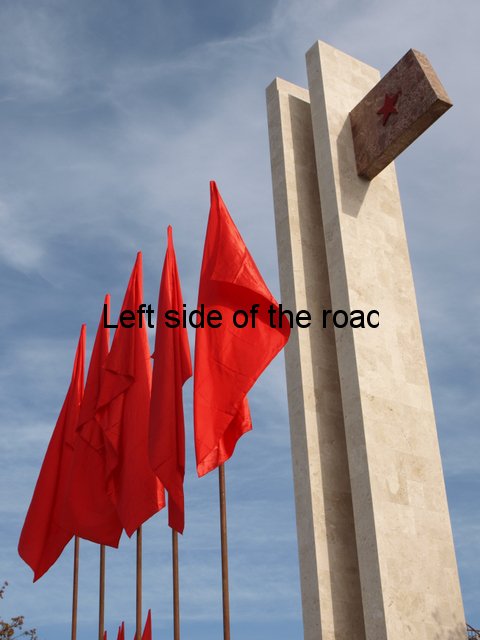 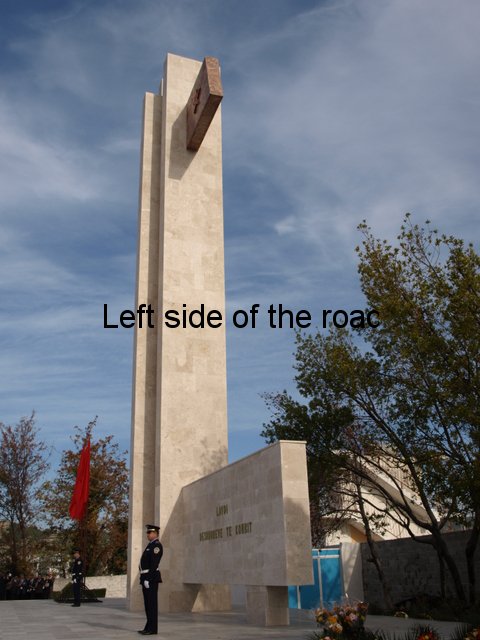 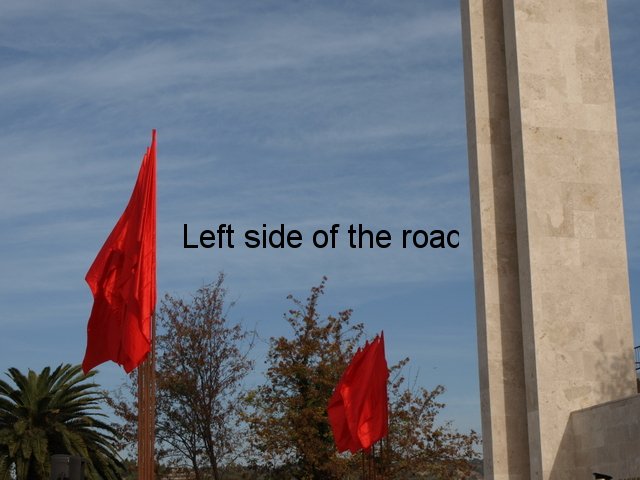 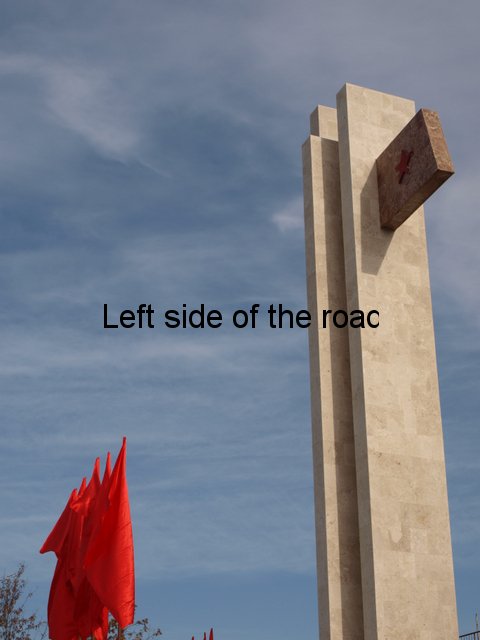 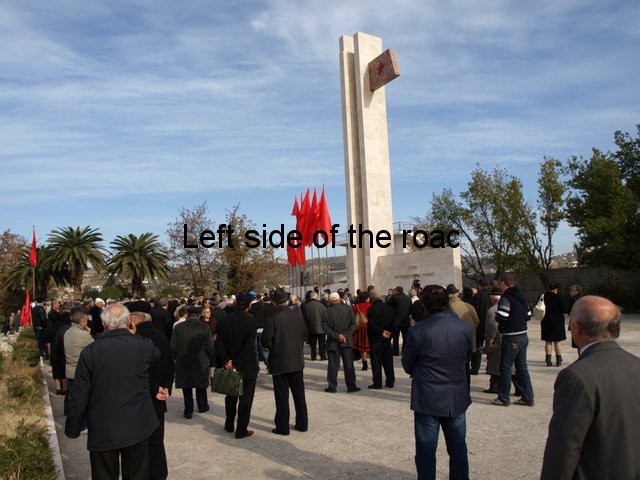 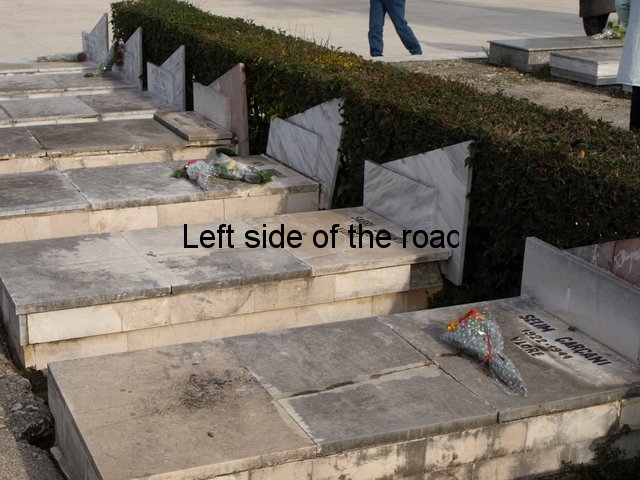 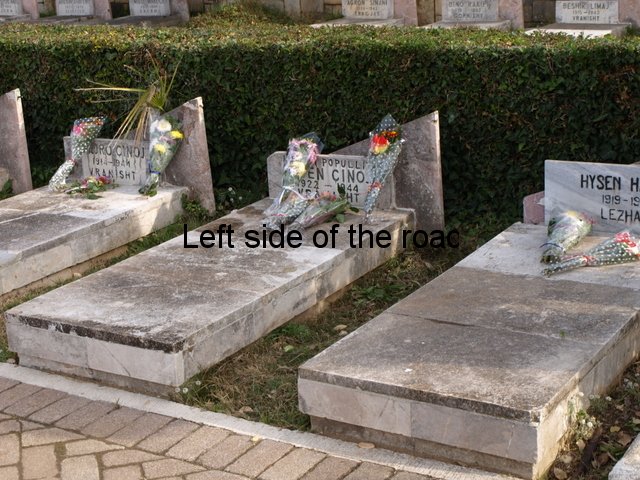