The Colleoni Chapel is the Renaissance structure built beside (in fact having taken some of the space of) the Romanesque Basilica of Santa Maria Maggiore in the Piazzetta del Duomo in Città Alta in Bergamo.

It seemed that the condottiere (mercenary, feudal gangster) Bartolomeo Colleoni made the local confraternity, the Consiglio della Misericordia, an offer they couldn’t refuse when he was looking for a place to build his own mausoleum.

With his military power came – not unsurprisingly – an arrogance that he could do what he wanted with impunity but it’s not reported whether the members of the Consiglio found horses heads in their beds.

The sacristy for the Santa Maria Maggiore had to go and Colleoni gave them a sop by agreeing to build a new one at some time in the future. He conveniently died before he could carry out this promise.

As is normally the case in these situations it was the State – in this case Venice – that ended up footing the bill. His megalomania knew little bounds as it is reported that he even wanted the demolition of the Palazzo della Ragione as it partly obscured the chapel from the Piazaa Vecchia.

So I’m not really a fan of the condottiere as he just used fear to get what he wanted. Neither do I agree that the chapel named after him really fits into its location next to the Basilica. Only about 125 years separates the chapel from the north entrance to Santa Maria but that was a period of change in architecture styles which moved from the Romanesque to the Renaissance.

The chapel contains his tomb and that of one of his daughters who died at the very young age of 15. I’m sure I read somewhere, but can’t find it now, that one of the glories of the chapel was that it was constructed in such a grand manner to demonstrate his love for the girl. The fact that she died before the chapel was even started and her tomb remained in the family home of Malpaga until it was moved to Bergamo in 1842 is conveniently forgotten.

There’s also a little stall selling books and postcards which also means you’re not allowed to take pictures inside the building.

The interior decoration is over the top – as you would expect for a building catering to the desires of someone who had almost unlimited power, getting close to death and wanting to buy his way into Heaven and with little taste, the motto being ‘more is best’ – but it’s the outside of the building that I find more interesting. That’s mainly due to the myth that Colleoni created around himself.

All around the façade of the chapel, and on the iron fence and gates that are locked when the chapel itself is closed, are images of the gangster’s crest/shield. This is a relatively simple affair. On the top third are three partial rows of fleur-de-lis and below, taking up the rest of the space are three kidney shapes – these are, in fact, supposed to be testicles.

A sword for hire, which he sold to the highest bidder and changing sides multiple times, he is said never to have been treacherous. This I consider a bit strange, presumably he told one paymaster he was going to leave and fight for the other side before actually doing so – so a truly honourable man!

But being a fighter he wanted to be able to say that he literally had more ‘balls’ than his opponents, hence the three testicles. (For those with an interest in such matters this condition – when it actually exists – is called polyorchidism.) Doing a little bit of research it seems that three actual and real testicles in one scrotum is extremely rare and it’s doubtful if Colleoni had anything other than a wayward wad of fat which allowed him to boast that he was different, i.e., stronger, from mere mortal men. For the tourist this vanity gives, literally, a hands on opportunity when visiting the Colleoni Chapel.

On the middle, towards the top, of the left hand gate there’s an image of the Colleoni crest. What you are ‘supposed’ to do is rub this for luck. You can’t miss it, so many people over the years have done so that they have effectively polished that small part of the gate. (Others seem to have done the same to the crest held by an angel that sits on top of the fence.)

I leave it to you to decide whether this tradition is really for luck or just an excuse for people to caress some testicles. Although from my experience most people just pass through the gates and go into the chapel.

Yes, there’s lots to see but it’s also worthwhile having a look at the bas-reliefs on both sides of the entrance, at shoulder level. These depict episodes from the life of Heracles from whom, surprise, surprise, Colleoni considered himself (metaphorically) descended.

Also there are ten episodes from the Bible, including The Creation of Eve, The Fall and the Expulsion from Paradise.

The Creation of Eve

These are all the work of the sculptor Giovanni Antonio Amadeo (who also designed the Colleoni Chapel). Unfortunately they have been damaged over the years (I don’t know when or why) and a number of limbs are missing (as is the blade of Archangel Michael’s sword) but you can still work out what they depict – if you have a reasonable amount of knowledge of the Bible or Greek mythology. 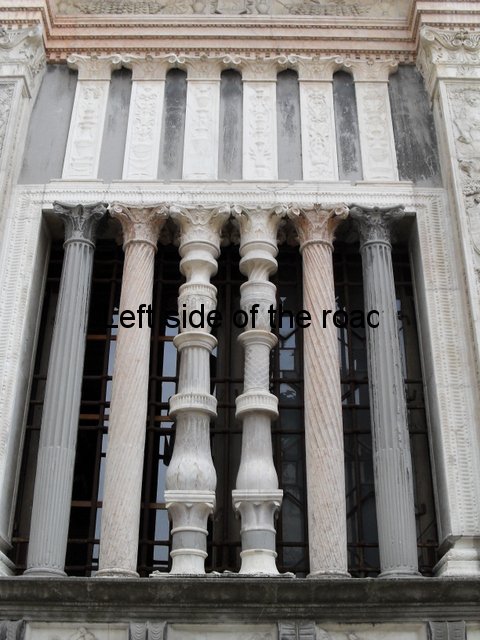 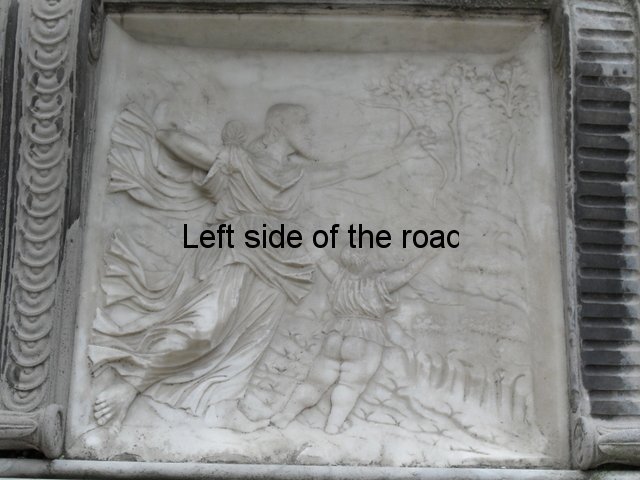 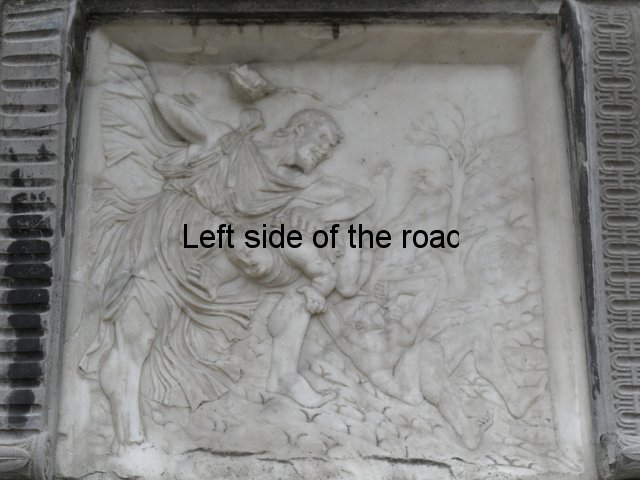 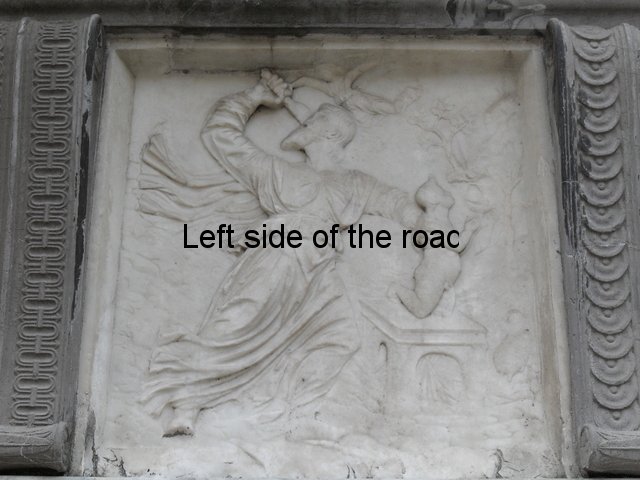 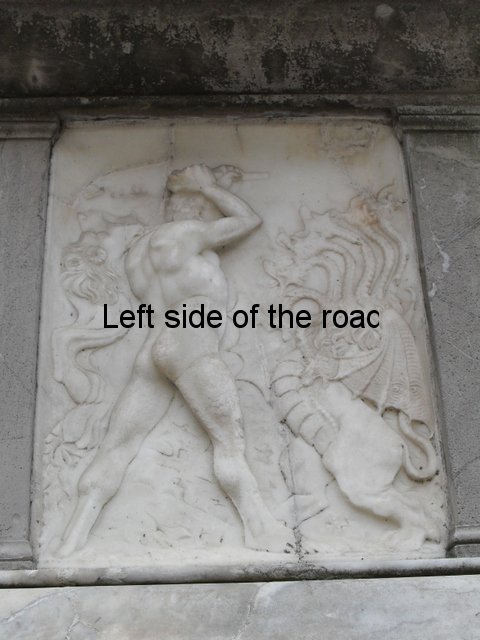 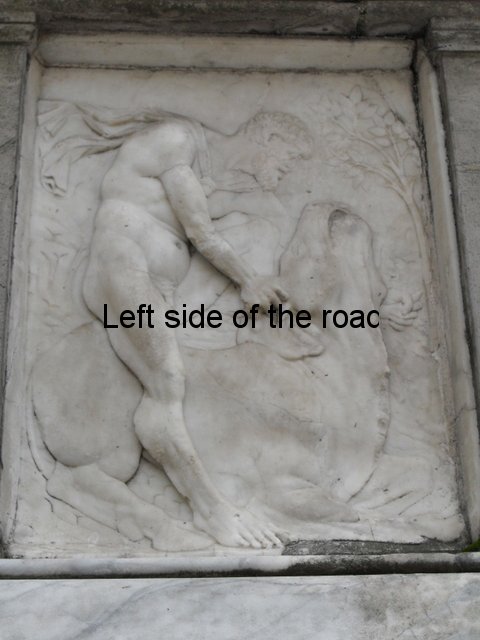 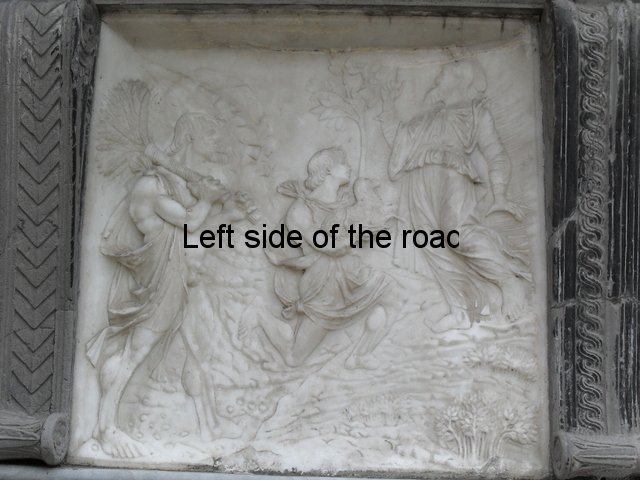 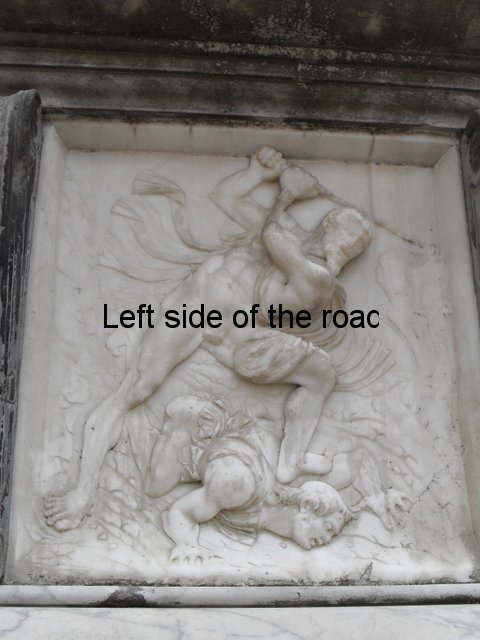 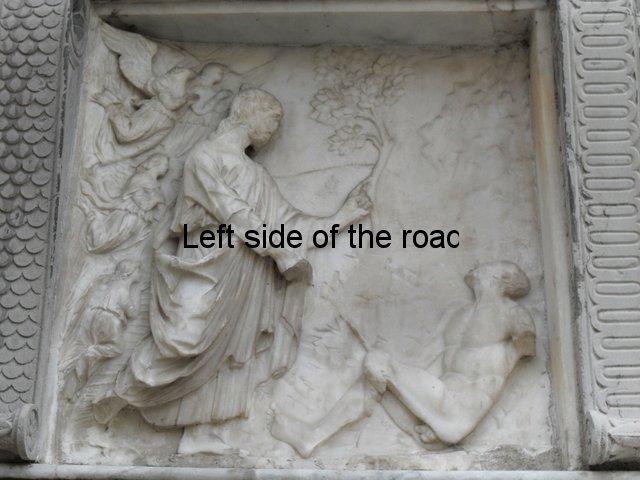 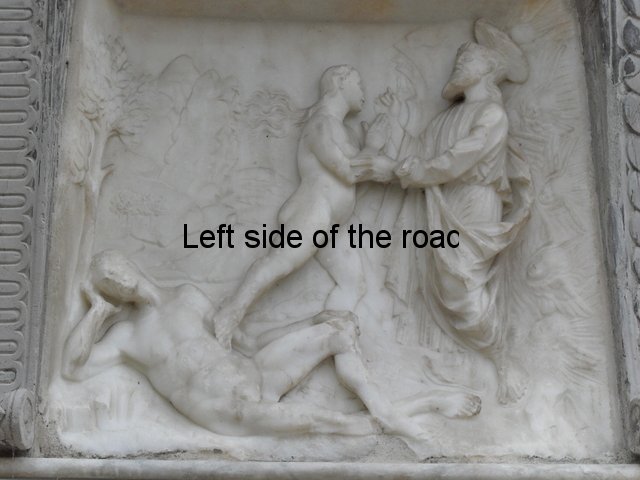 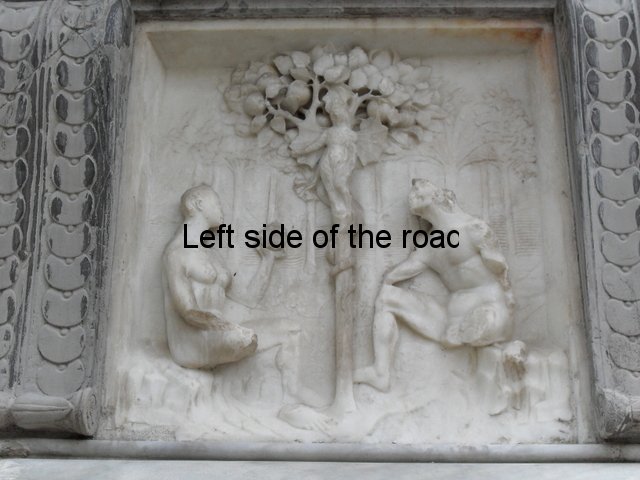 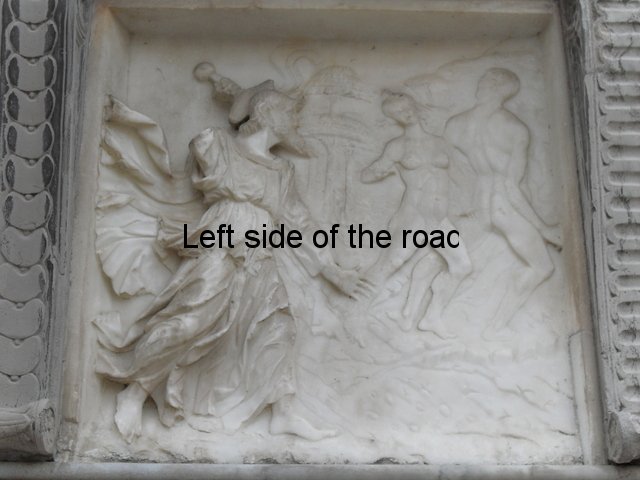 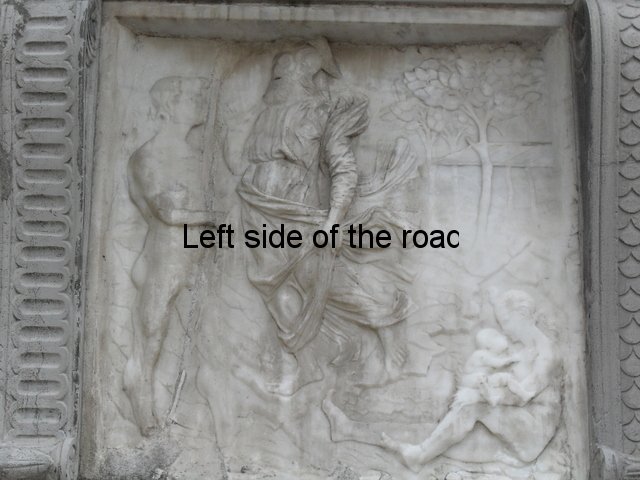 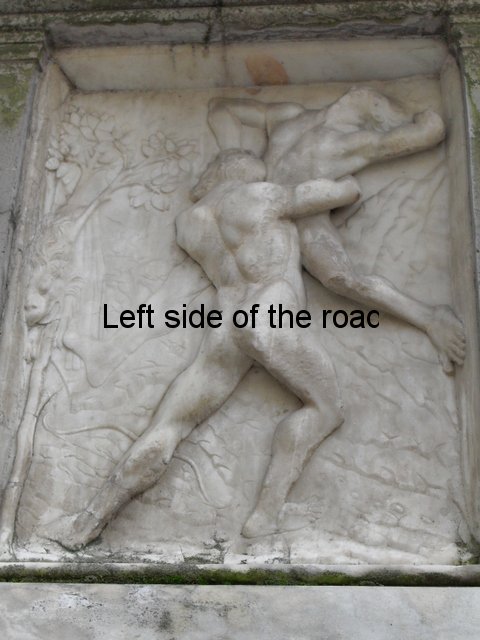 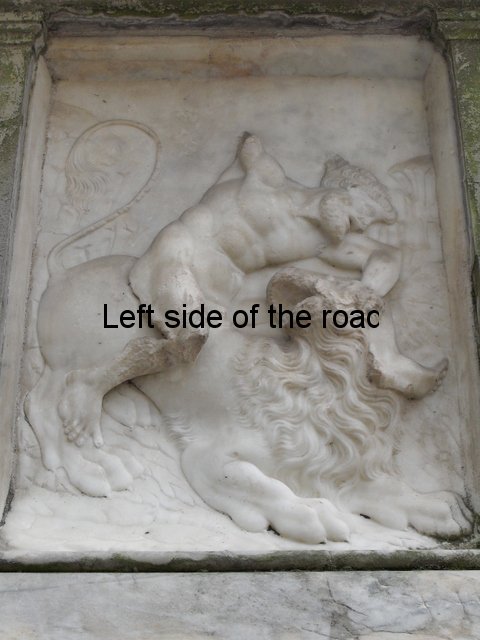 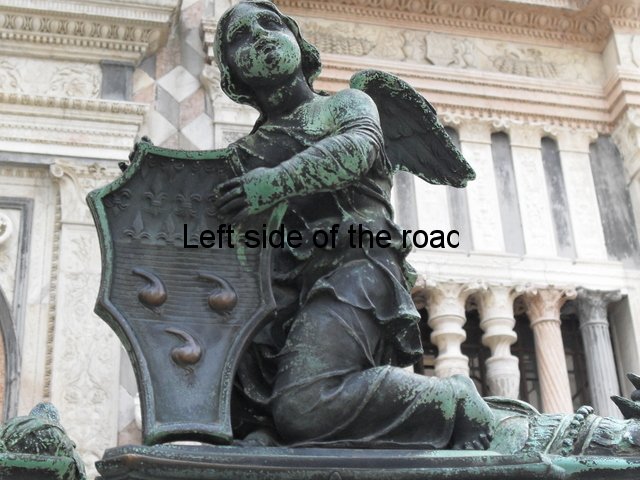 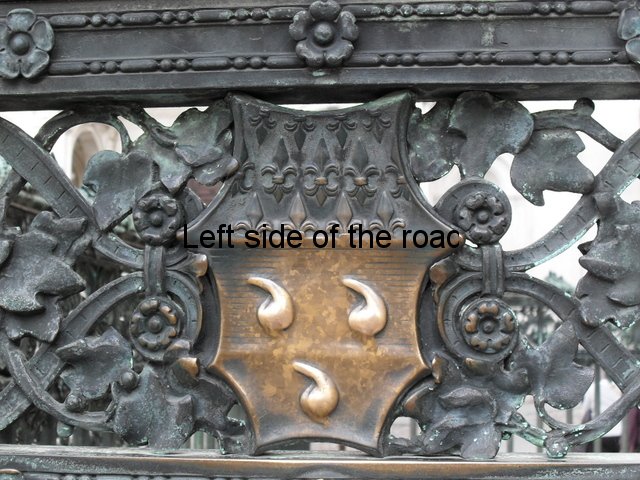 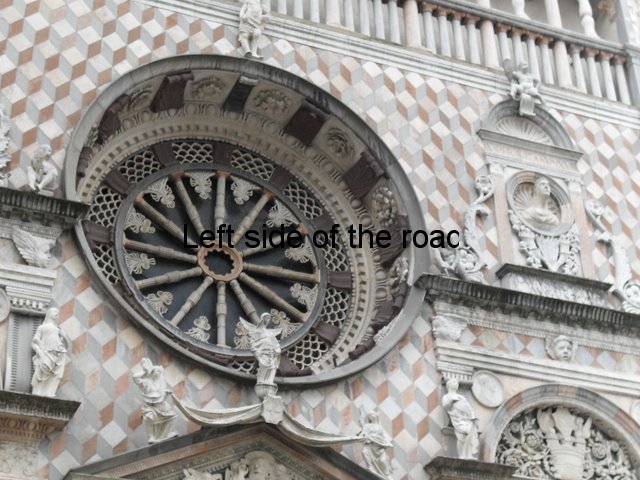 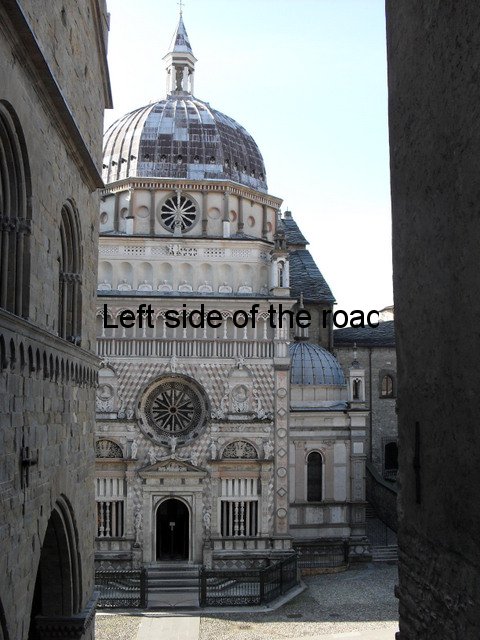 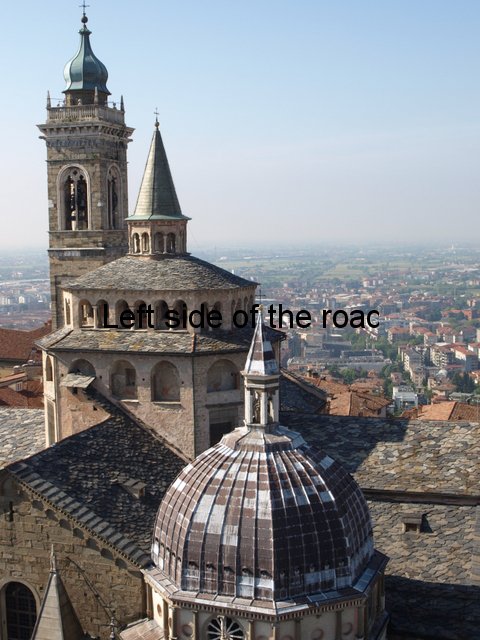 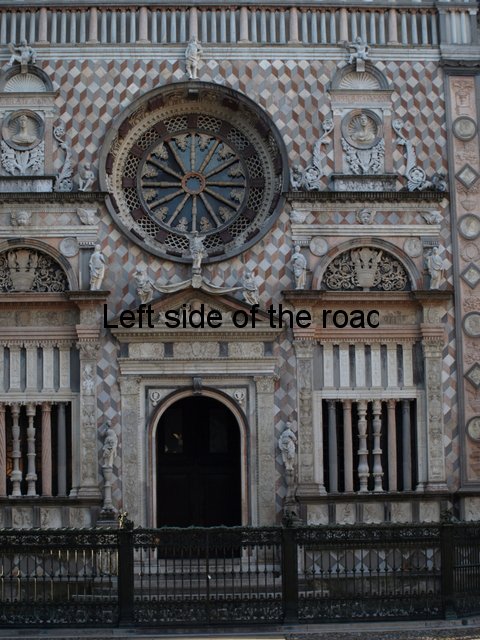 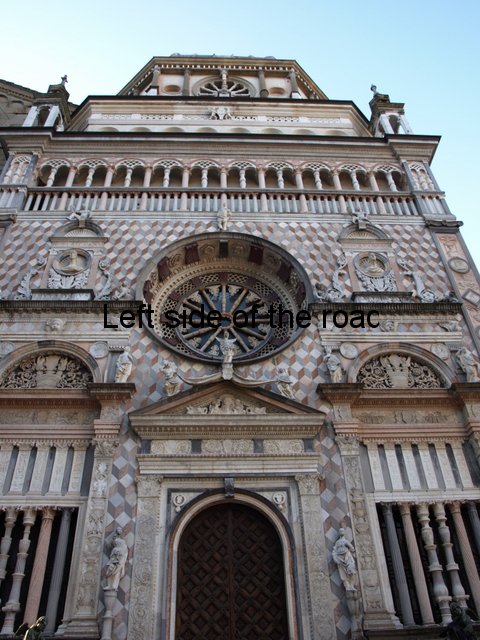 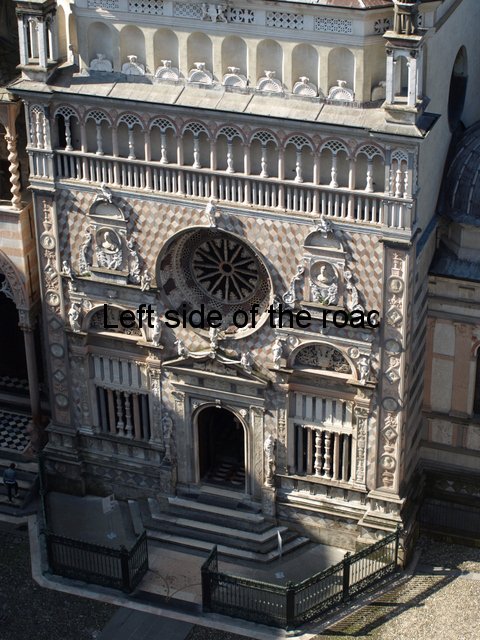 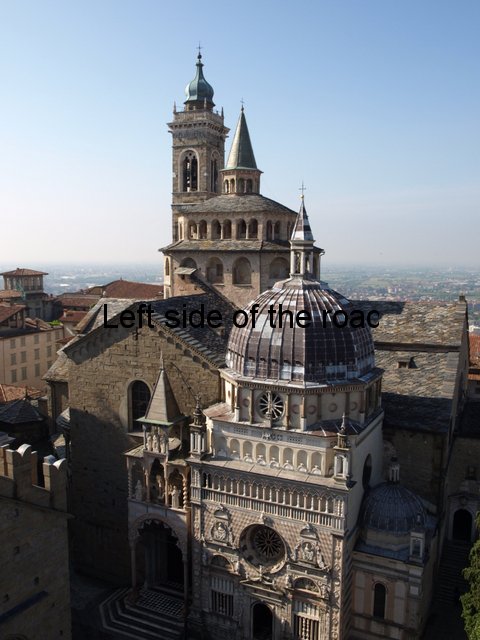 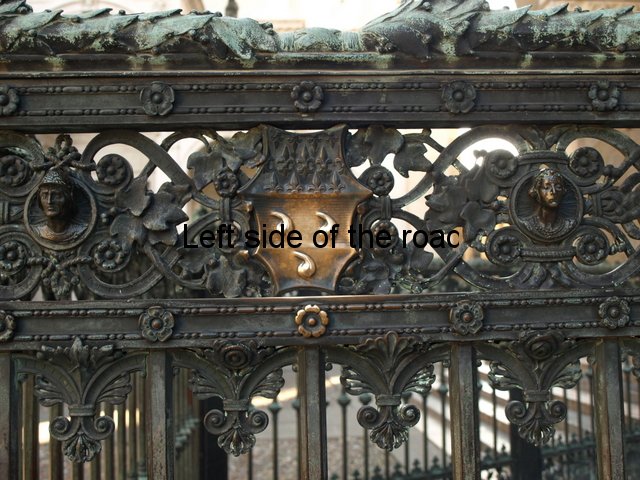 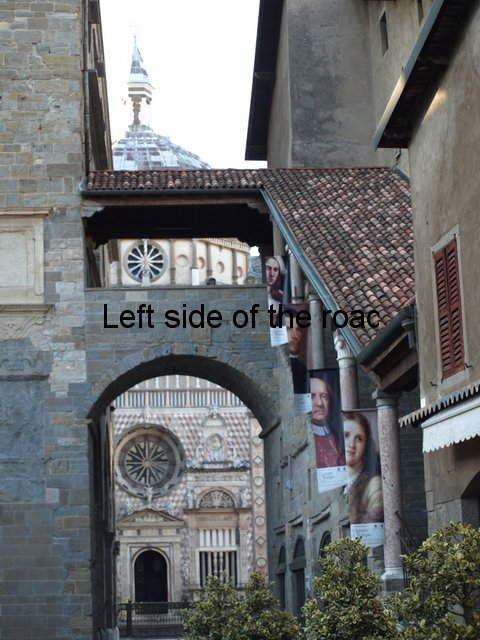 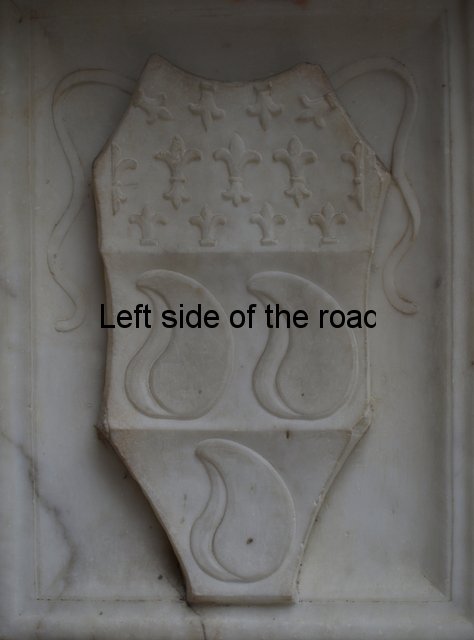 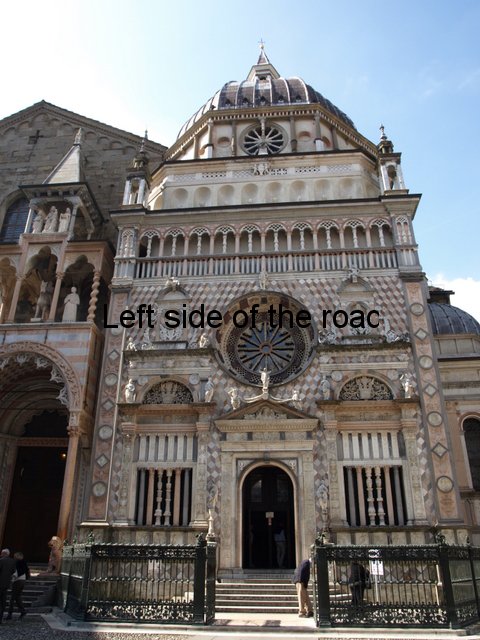