If, after a few days in Barcelona, you’re suffering from a surfeit of Modernism (too much Gaudi or Domenech i Montener) then you could do much worse than visit the Mies van der Rohe Pavilion in the exhibition and conference area, between the Plaça de Espanya and the Museu Nacional d’Art de Catalunya.

Many, many thousands of people walk close-by but the overwhelming majority of them – unless they are specifically looking for it – won’t even know of the existence of this building or know of its importance in the development of 20th century architecture.

The German Pavilion and the International Exhibition of 1929

The present building is on the same spot as the original (designed as the German Pavilion for the 1929 Barcelona International Exhibition) but for more than 50 years nothing was there, just an empty space, an even more extreme example of minimalism.

Although it appears to be a house there’s no accommodation, kitchen or bathroom. I don’t understand why, it just wasn’t part of the requirements of the commission. I would have thought that creating a realistic living environment would have been more useful in promoting the Minimalist argument but Mies didn’t think so and just created ‘a space’ through which the people visiting the pavilion couldn’t just use it as a shortcut to the Pobla Espanyol, they had to see all of it.

The structure followed those tenets of Minimalism established a few years earlier: angular in appearance (no ‘softening’ of the structure which was taken for granted by the Modernists); a flat roof supported by simple iron columns; large, plate-glass windows – virtually forming the exterior walls; and limited, and purely functional furnishings.

When the exhibition finished attempts were made to find a buyer for the structure, and there was even a proposal to establish a restaurant in the location, but that all fell through and the German government decided to sell the iron for scrap and sent the travertine, marble, onyx (the types of stone used in the original) and the sculpture of a female nude (Der Morgen, ‘Morning’), by George Kolbe, back to Germany.

The Minimalists arose as a reaction to the over decoration that had been a dominant force in European architecture and was heavily influenced by traditional Japanese design. The Minimalists sought to reduce buildings (as well as objects and art) to their necessary elements, eschewing decoration that was over and above what was used, in a practical manner, to achieve the desired result. In the Mies Pavilion this is shown by the use of colourful and imaginatively pieced together slabs of marble and onyx for the walls or the travertine used on the floor.

The Bauhaus – the inspiration for Mies

Mies van der Rohe was one of the triumvirate of Minimalist architects which were to have a considerable impact upon the architecture of the 20th century, although this is not always that obvious. The other two were the Swiss Charles-Édouard Jeanneret-Gris, but always known as Le Corbusier, and a fellow German,Walter Gropius.

It was Gropius who had designed the Bauhaus in Dessau, in the Weimar region of Germany, which was completed in 1926. This established some of the ‘ground rules’ for Minimalist architecture with its angularity, use of iron columns, concrete and a lot of glass, as well as dividing the building up (it originally functioned as an art and design college, together with accommodation for students and staff) so that the design reflected the use of each section.

However, the Bauhaus complex exposed problems (I’m not going as far as to say failings) of the Minimalist approach, something which the Pavilion in Barcelona never would as it was never ‘used’ in a real life context, only ever being an exhibition space, a concrete realisation of the ‘idea’.

To some extent these problems arose due to the use of glass and the openness that this implied. In the Bauhaus, aligned as it was to make maximum use of natural light, the students would be cooked as the sun shone through the windows in the summer – if the Bauhaus had been constructed in Britain this would not have been a problem. In order to survive the ‘solution’ was to put up curtains, a total anathema to Minimalist thinking. In the winter the problem was the reverse. Any heat created inside the buildings just dissipated through the not very insulation efficient windows with their iron framework.

Privacy perhaps wasn’t a major issue for the classrooms but it was for the teachers in their homes, situated a short distance from the college building – or at least for one of them, the Russian born painter, Wassily Kandinsky.

It seems he didn’t like living in a ‘goldfish bowel’ and painted over the glass windows to his house. He also didn’t like the minimalist decoration of the house where the walls were painted in plain colours to reflect the function of that particular space. He was reputed to have used a palate of hundreds of colours in counteracting the original, simple selection.

This situation, didn’t, couldn’t and will never arise from the Mies Pavilion as it has no real function, perhaps yet another ultra-minimalist statement.

After the death of the Fascist Franco the Barcelona Municipality decided to attempt a reconstruction and as all the plans, together with photographs of the original, were to hand the project was completed and the ‘new’ building opened on 2nd June 1986.

The statue of Morning, by Kolbe, had found a permanent home in a public square in the Schöneberg district of Berlin so a copy was made and that now stands where its original had in 1929, on a plinth in the small pool.

Minimalists tried, when at all possible, to not only design the building but all the interior fittings within the structure. At the Bauhaus, for example, Gropius designed the light fittings, power sockets, door and cupboard handles to mention just a few. In this way they were very similar to the Modernists the result of which can be seen in the Museu Nacional d’Art de Catalunya, at the top of the steps above the fountain a few minutes walk from the Pavilion.

For Mies this resulted in the design of what is still known as the ‘Barcelona Chair’, a simple padded chair for one person based upon a tubular steel structure. This is still made and bought in their thousands today and is one indication of the longevity and reach of Minimalist ideas which might not be recognised by those who sit in those chairs – which are said to be quite comfortable. Don’t try that at the Pavilion or you’ll be thrown out on your ear.

Just as an aside, another well-known everyday design from that period of the 1920s is the anglepoise lamp.

A breath of fresh air?

Although in no way as extensive as the Modernist buildings in other parts of Barcelona and Catalonia the Mies Pavilion is still worth a visit but it might be worthwhile doing a little bit of research before a visit so you know what you are looking at and the intentions of the architect. At the same time only a real aficionado of Minimalism would be there for more than a half an hour – if that.

How to get there:

The nearest Metro station is at Plaça de Espanya – this is also a major bus intersection. From there take the exit directing you to the Palau de Congressos and the Museu Nacional d’Art de Catalunya. Walk along the right hand side of the avenue, go up the first set of escalators and then turn right alongside the sandy park space. The building is just in front of you but remember it’s minimalist so you have to look hard.

(At 10.00 on a Saturday a free guided tour in English is advertised. You still have to pay the entrance but there was no information of having to book in advance.) 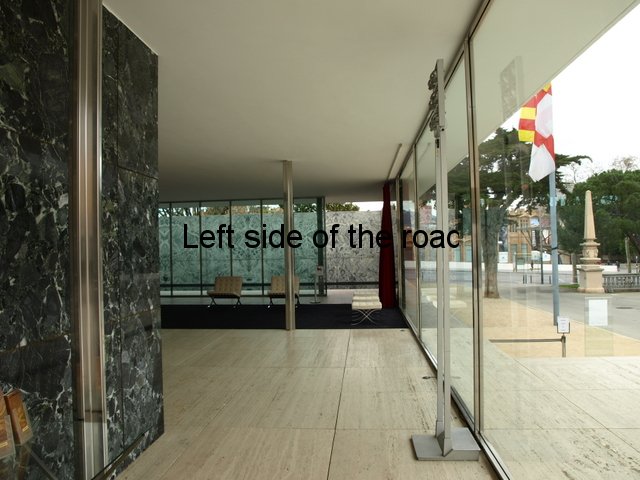 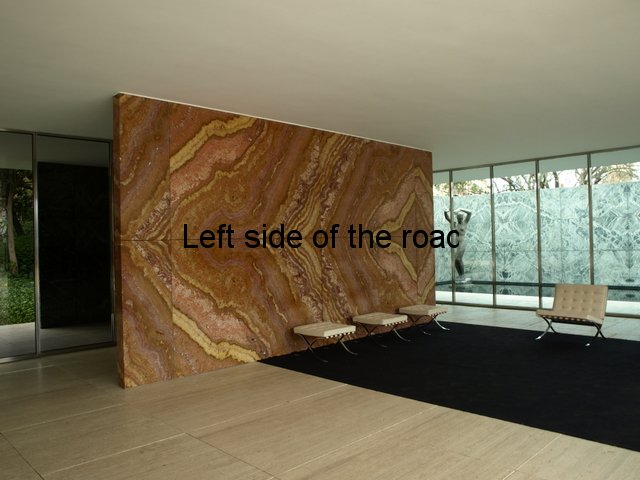 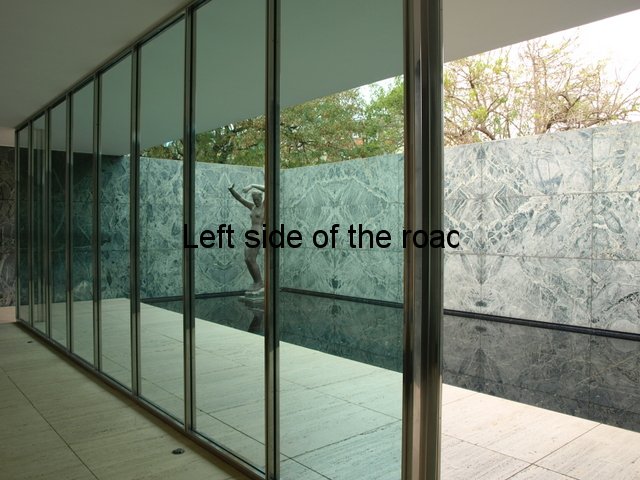 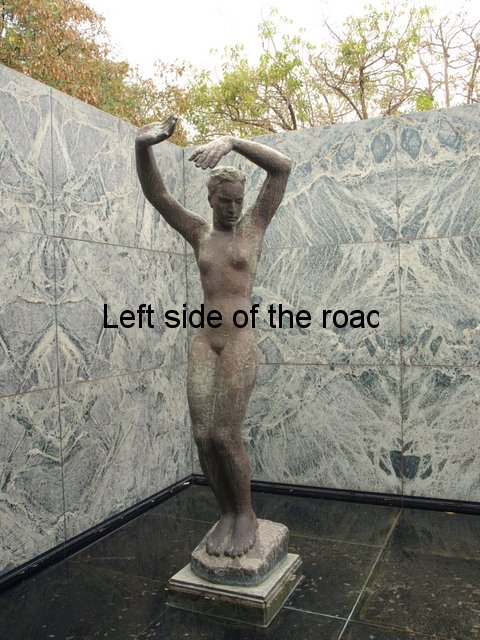 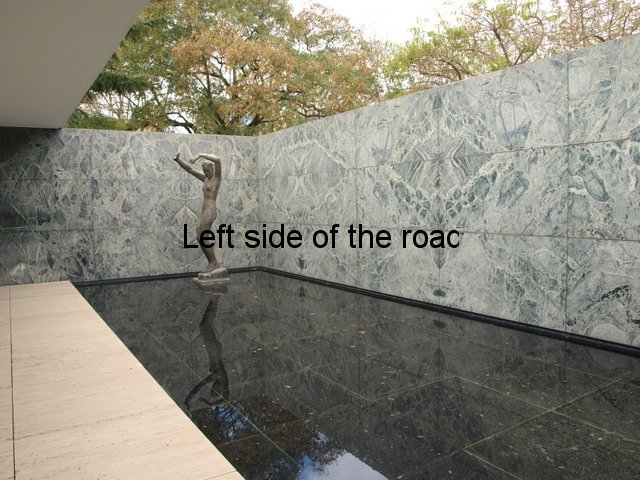 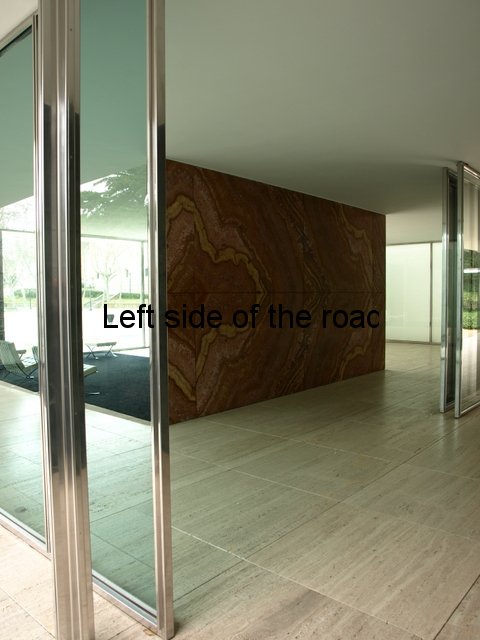 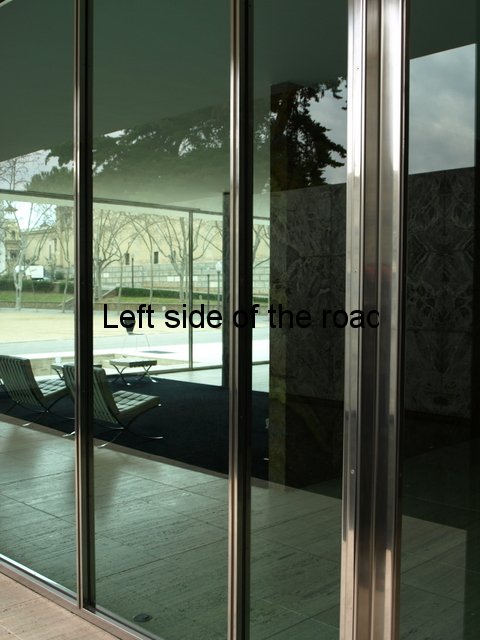 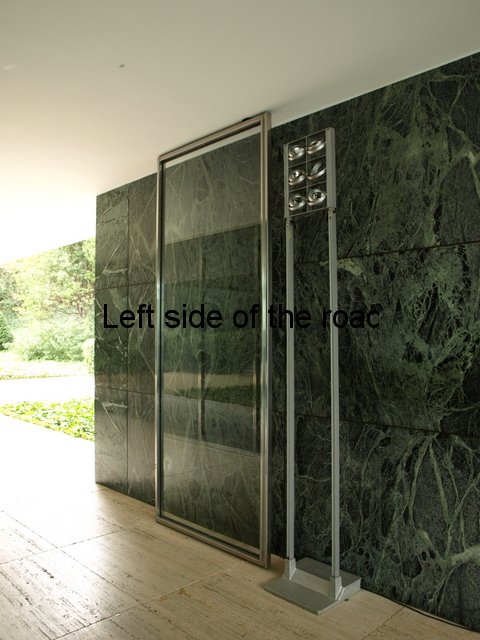 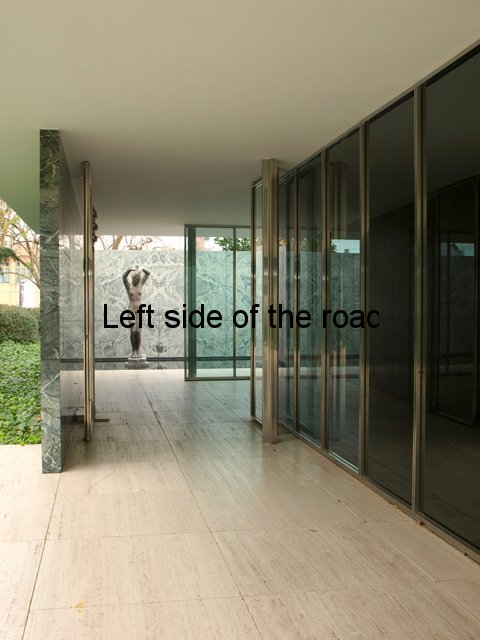 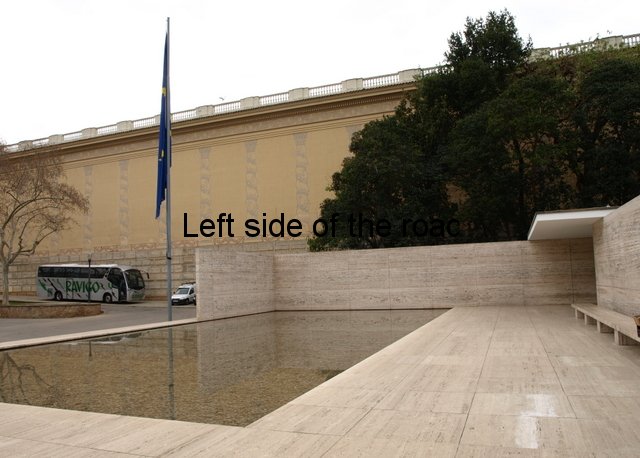 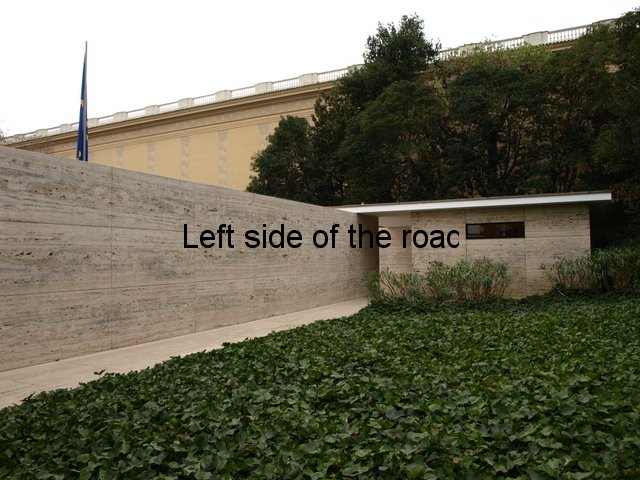 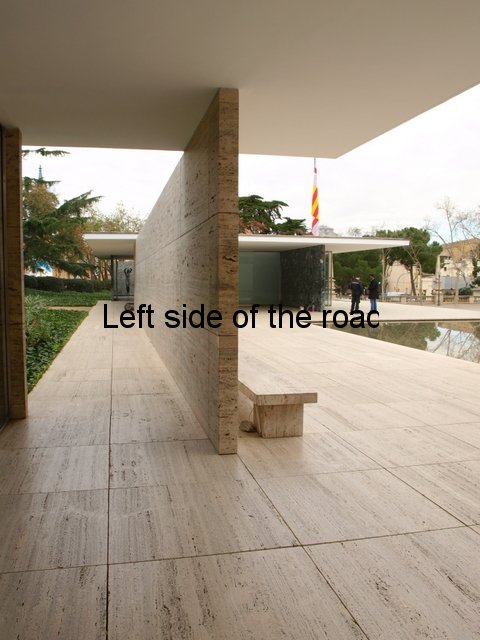 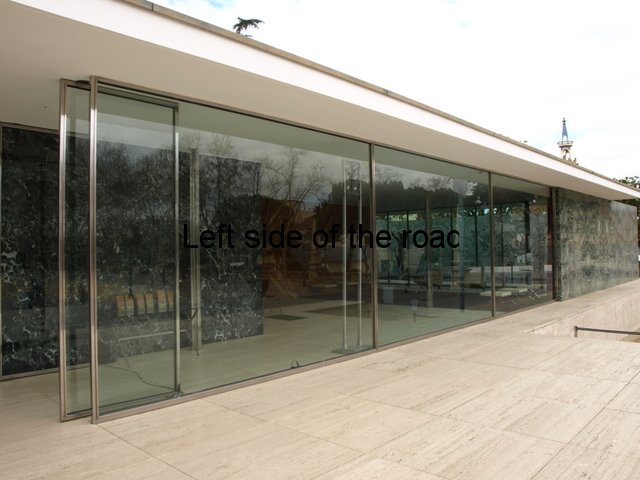 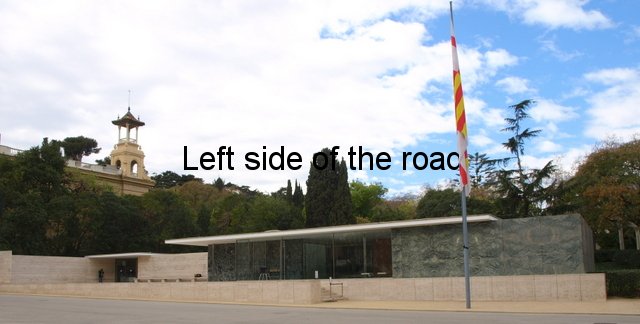