For those of us who bemoan the fact that the statues of Comrade Joseph Stalin – who used to stand proud in most towns and cities of the Soviet Union before he was attacked by the arch Revisionist, Nikita Khrushchev, at the 20th Congress of the Communist Party of the Soviet Union in 1956 – are now few and far between will be pleased to learn that he can still be found in a place of honour in the town of his birth, Gori, in Georgia.

Long after Khrushchev’s denunciation; the fall of the arch Revisionist himself; the years of betrayal of the principles of the Great October Socialist Revolution; the all-round restoration of capitalism in the Soviet Union; the ludicrous involvement in Afghanistan; the eventual fall of the Soviet Union as an entity; the break-up of the union of constituent states; and the leadership of a once proud workers State that had defeated the power of German Nazism being led by a vodka sodden buffoon a statue of Comrade Stalin still stood in the square that bore his name in the centre of Gori.

That was until the Georgian people were foolish enough to elect a similar buffoon, perhaps less vodka sodden but one who was determined to be the most enthusiastic brown nose to the capitalist west, who, on 24th June 2010, in the dead of night, sent in a crew who removed the 17m statue in opposition to the wishes of the people of the town.

I was unable to definitively discover where it is now or what has been its fate. Local people told me they had no idea where it is but someone knows and now that the Georgian buffoon who ordered its removal (Mikheil Saakashvili) is now wanted in his own country to answer for other crimes during his Presidency I see no reason why Uncle Joe shouldn’t be cleaned up and brought back home.

But then Georgia wants into the European Union. Like so many ‘countries’ and Nationalist political parties that value and are proud of their ‘independence’ (such as Albania, the SNP in Scotland, Plaid Cymru in Wales, Sinn Fein in Ireland) they want to hand everything over to the un-elected functionaries in Brussels. And the EU would look down upon a country, like Georgia, making an independent decision such as to choose who to have standing in the squares of their cities.

So the fate of the big statue is uncertain.

As a response to the removal of the big statue (an empty plinth still ready and waiting for its return) a smaller one was erected facing the entrance to the Stalin Museum, at the back of the building in which Joseph was born.

I personally don’t like this statue. It’s a little more than life size and made of stone. It’s not a particularly good likeness and the pose is all wrong. He’s standing with his right hand on top of a book (of his own writings – which I stated in my post with videos and images from the Stalin Museum would never be the case) which is resting on waist high stump of a tree trunk. Now who have you ever seen in such a pose in real life? It’s more something that was produced to represent a poet during the Romantic period, following a neo-classical, Greek tradition. Added to that he’s looking dreamily into the distance and he has his left hand in his trouser pocket. That’s not Stalin. And it’s certainly not Socialist Realist Art.

He should be depicted as determined to push through measures that promote the development of Socialism. He should be carrying a copy of a newspaper and if a book it should be tucked under his arm as if he was going to refer to something in it at a meeting. He should be presented as if he were speaking to a meeting, making an argument. He should be shown sure and steadfast. This statue outside the Museum to the great man says nothing.

However, all is not lost for those who want to see the real Stalin. For in Gori the visitor has two opportunities to do so – although they appear to be two different versions of the same pose – perhaps one the original plaster master and the other the final result in bronze.

The bronze version stands just a little inside the big park (Akhalbagi) on the western edge of the town centre, just to the south of the Gori Public Service Hall, the main market and the bus station. The park also houses the city stadium.

He’s dressed in his normal military style uniform on top of which he is wearing a full length overcoat which is unbuttoned. His right arm hangs down straight by his side but his left arm is bent as he is holding a folded newspaper or document in his left hand. Although the style is different there are similarities in the pose with the sculptures of Stalin that are behind the National Art Gallery in Tirana, Albania.

There’s a plaque (it’s not easy to work out what is written upon it) but there’s the date 1948, presumably when it was created and also when it was installed in the park.

Location and how to find Uncle Joe

The main entrance of Akhalbagi is at the junction of Guramashvili and Amilakhvari. Once inside the set of gates you are faced by a couple of circular fountains. Beyond them you will see the Georgian flag flying from a flag pole before a circular flower garden. In this garden, which is well tended – which is a rarity in Georgian public space – is a tall plinth upon which stands a dignified and determined representation of the former leader of the Soviet Union and the Communist Party of the Soviet Union.

The second one appears to be very similar to the bronze one on the plinth in the park. I say ‘appears’ to be because I wasn’t able to get close enough to make a definite comparison of the two. It’s in a locked waiting room off the main entrance/ticket hall of Gori Railway Station.

Unfortunately I didn’t realise it was there until my train to leave Gori was literally just about to enter the station. I could only take a couple of pictures though the glass and that made it difficult to achieve results that could allow for later investigation. It looks like it’s made of plaster and that indicates to me that it was the model for the eventual bronze version.

I’m also sure that given more time and a little bit of pleading it would have been possible to get someone to open the door to get closer to the statue. What is certain, as can be seen by the picture above, is that the room is pristine. It’s not a room that’s been locked and forgotten about. It must be kept clean on a regular basis and perhaps the main reason it is locked is to make sure that casual visitors don’t make the area dirty. Also the decoration is very recent – with no flaking paint that is even evident in the Stalin Museum and especially the portico over Stalin’s birthplace, which is starting to look seriously neglected.

How to see the statue in Gori Station

If you enter the main station building from the platforms you come into the ticket hall. Once inside the building look to your left and you will see an extended waiting room through the glass doors. There’s a sign that ‘foreigners’ aren’t allowed entry but I assume that is just a translation error which really means anyone not part of the railway staff.

Although I was unable to inspect the statue at the station with the time I would have liked I was happy to have ‘rediscovered’ these two statues – ignored in all the guide books that I’ve seen. 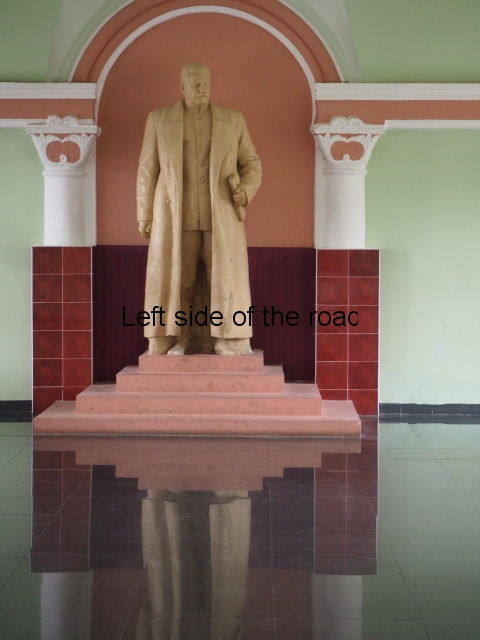 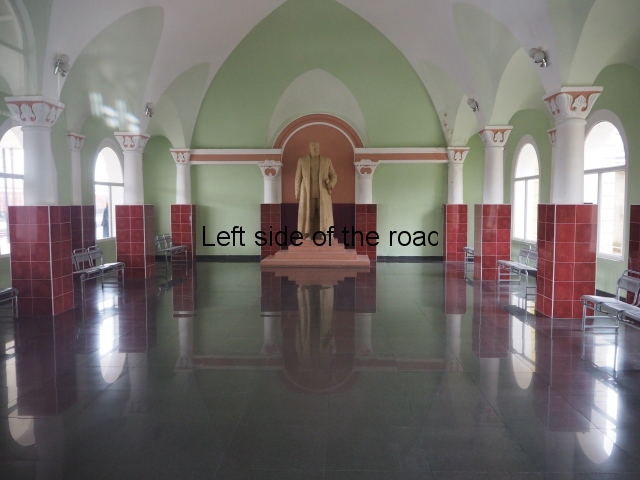 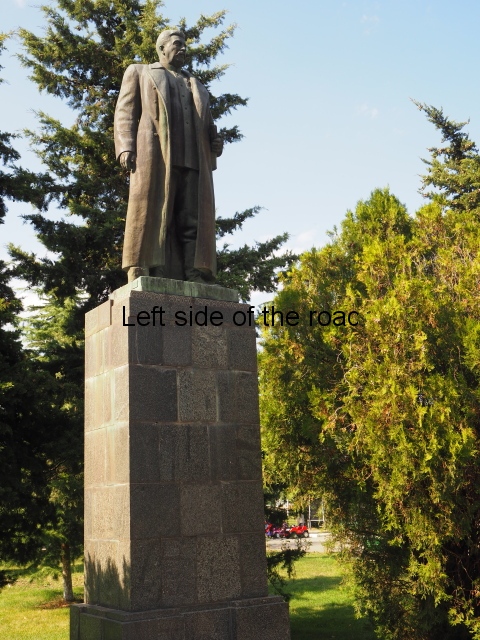 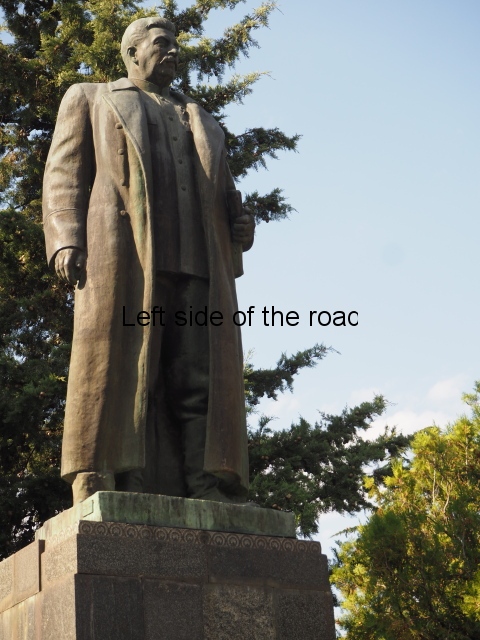 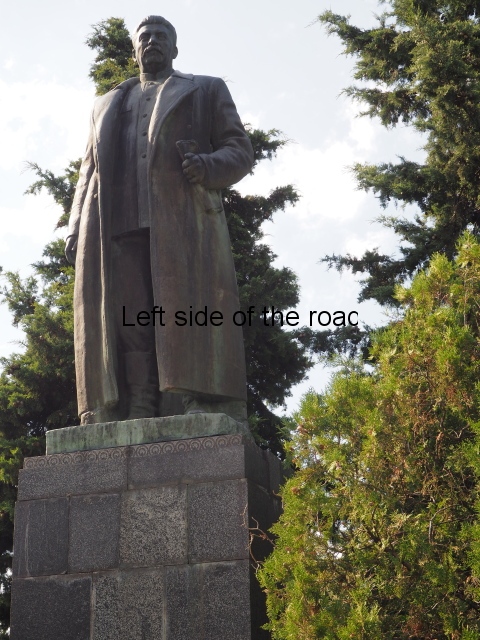 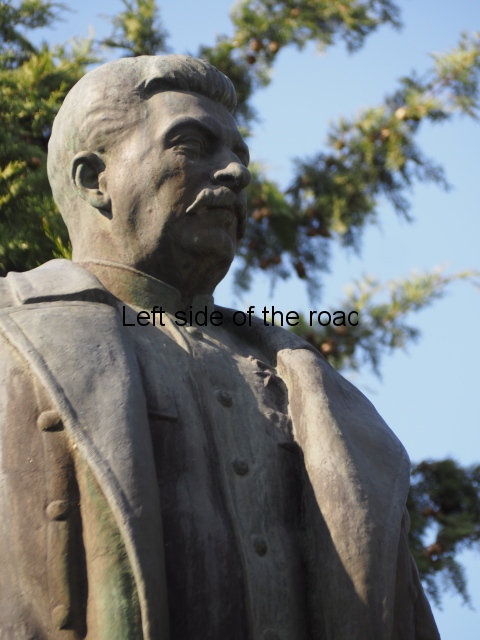 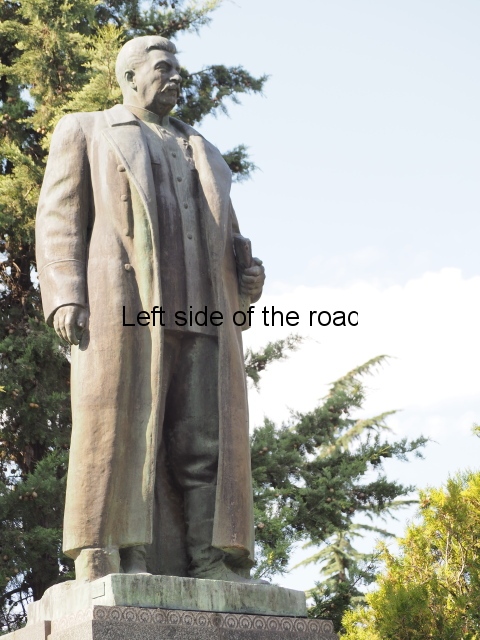 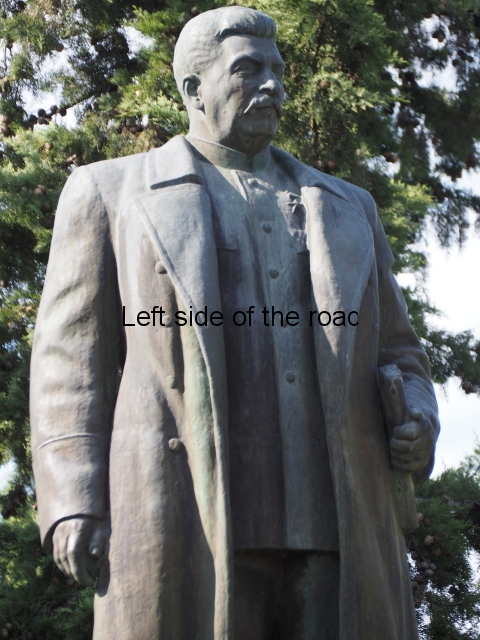 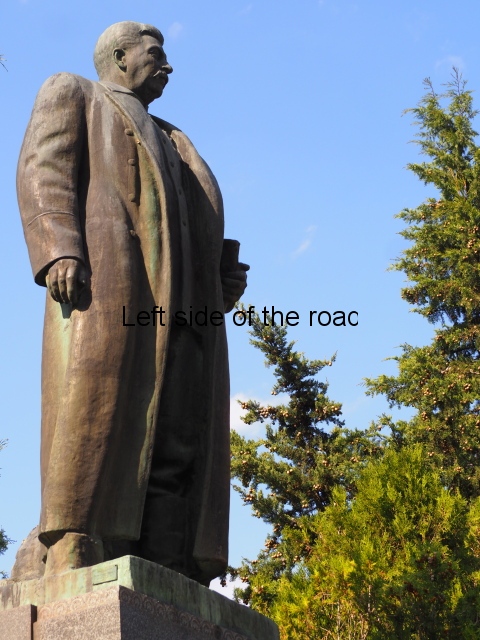 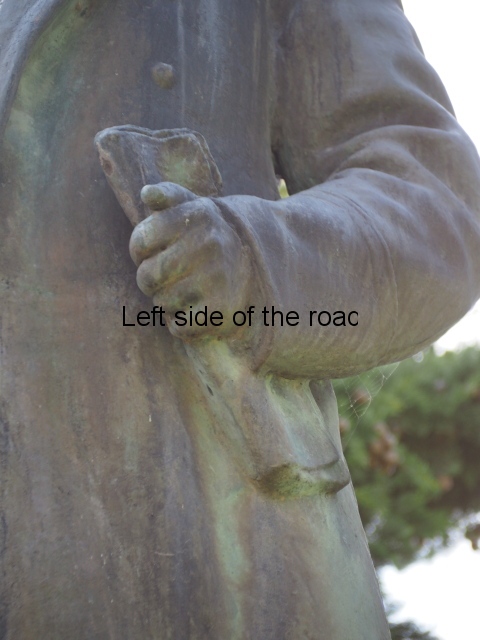 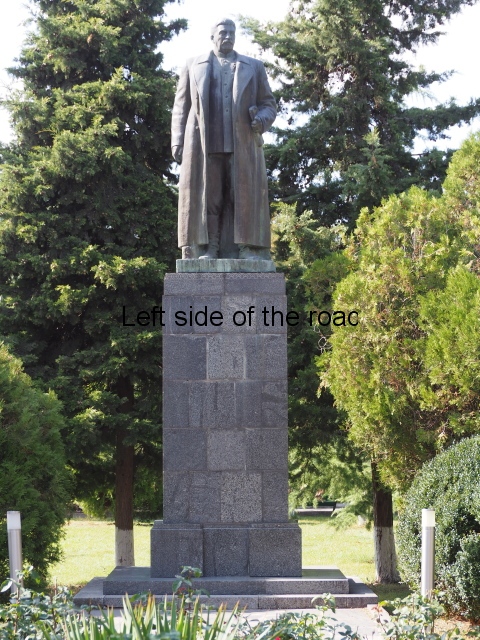 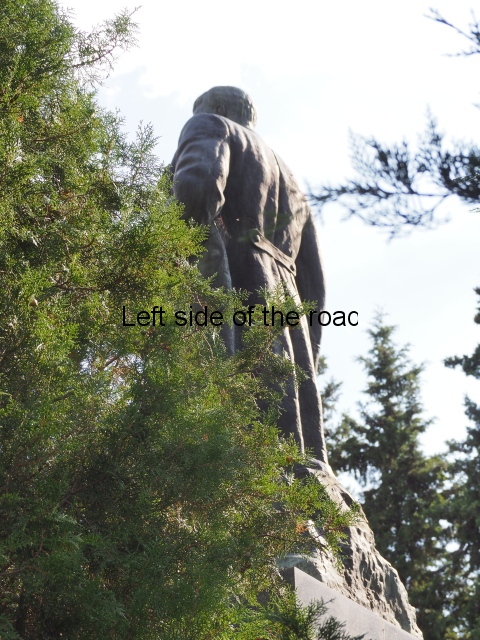