This was going to be one of the longest, if not the longest of days in terms of distance. Twenty one miles, over moors so it wasn’t exactly flat as there were countless little hills and hillocks that had to be crossed. There’s another long day after Catterick which does indeed look more like ambling along through level fields – but we shall see.

Now the 6th day of walking and I thought that I should resort to chemicals in order to alleviate the swelling in the knee. When I did my two day reconnaissance earlier in the year I was pleased that even with a full backpack the poles seemed to have protected the knees. But that was only two days. Things are different when the pounding goes on for longer. The body’s natural pain killers help but not completely so before leaving Shap I sought out an anti-inflammatory. Directed to the Health Centre pharmacy at first I went there only to discover that it only dispensed what the doctor had ordered so had to resort to the Co-op supermarket. Don’t know if it was the most appropriate but it seems to do its job, not in completely doing away with the swelling but in mitigating the effects of all these thousands of footfalls. I now realise why athletes take drugs – it doesn’t hurt so much.

Shap is a strange place. It’s a very quiet village based around one main street that basically runs north to south. Yet very close is the main west coast railway and running parallel to that the M6. Although with the lay of the land you don’t see the railway – but hear the rush of the Virgin trains as they speed along – and the motorway noise isn’t obvious until you’re close to it and you sound leave it behind as you head to the moors to the east.

Weather wise it was a strange day. It was overcast and grey throughout (although the sun did break through for about 45 minutes around midday) but still very warm. In fact the weather has been surprisingly warm all the trip so far. Before leaving there were predictions of an early cold snap and I thought I would be in thermal underwear for many of the stages but it’s been T-shirt and shorts all the way. No sun, even through the clouds, so no tan, but a comfortable temperature nonetheless.

Today was slightly different as there was a reasonably strong and very consistent wind coming from the east. Not cold but annoying. The prevailing wind on this walk is from the west, that’s why most people go from west to east.

Walking into such a wind becomes draining. It’s not the wind battering against the body that makes it tiring, it’s the constant noise. And as the majority of the day was spent on open moors there was little respite. And as I got tired I found that the constant noise started to get annoying, not even allowing the slightest chance of a break.

The worst experience I’ve had of such a wind was in Southern Andulacia, south of Cadiz and close to the Straits of Gibraltar. Because Africa is slowly getting closer to Europe (why it wishes to get closer to Europeans is beyond me. If I were Africa I would be going in the opposite direction) the winds are gradually getting stronger as the wind from the Atlantic is forced through the narrow gap between mainland Spain and the Atlas mountains of Morocco. Sometimes this wind can be consistent and relentless for days on end and it definitely has an effect on the people.

When I was working in Zahara de los Atunes and spoke to the locals about feeling strange after so many days of this wind they told me it was the ‘aire’, the air. This regular and constant rush of air means that Tarifa, the most southerly town in Spain, is famous for two things – the world wind speed record for wind-surfers and as being the suicide capital of country. I survived the winds of the day, probably because I was thinking about how much longer I had to put one foot in front of another.

Although on this day there was a mixture of terrain a great deal of the trek was across wild and desolate moorland. Although everything was grey due to the low cloud, even the greens looked grey, at least there was no rain. Although there must have been other people walking I only saw two other ramblers the whole of the day and for hours I saw nothing alive but farm animals and birds. So if I didn’t get the sunshine I would have liked at least I was relatively warm and dry.

Due to good visibility there were few problems of route finding, the book again coming up trumps here. Nonetheless I did keep the GPS handy and there was another point during the early afternoon where it brought me back to the correct path. There’s one junction on Tarn Moor where the direction to go is not clear. Again I used the compass but not concentrating and checking regularly enough ended up taking an unforeseen and unwanted diversion.

The problem of making the decision not to depend upon the GPS means that I might be reluctant to bring it out until a question arises. That is too late, or has been on the 2 occasions I’ve lost my path. I should be more pro-active in these situations if they arise in the future, using the technology to prevent me making a mistake rather than providing me with a solution when the mistake has been made. This might be even more the case towards the end of a long day when tiredness can cause the most basic of errors.

So far, and it seems unlikely to change for the better, it’s been a disaster for photography. Day after day of low cloud and everything very flat. The sun, when it has appeared, has not lasted that long and not at those times when the scenery has been exceptionally dramatic. On one day I took only one picture and kept the camera in my bag to protect it from the rain, which fortunately stopped but even then when it was possible to see some of the lakes the mountains above them were in the cloud and the poor light wouldn’t have produced a result worth the effort of taking the rucksack off my back. That was the second full day of walking and since then have taken pictures merely to justify carrying the camera and its accessories. It looks like I’m unlikely to win any photographic competition prizes after this particular trip.

So another hard day. Didn’t find it much easier than yesterday when a steep ascent and descent were the order of the day. As with the Kidsty Pike walk fatigue effected the timings. All was quite spot on for the first 5 hours but started to slip for the second four. At the same time doing the walk in 9 hours I thought was more than respectable, so I’m happy about that. The trouble when it becomes a trudge any ‘enjoyment’ just disappears. Hoping that the next rise will give you a view of your destination, when if you thought clearly you would realise that it’s still a kilometre or two away, doesn’t do a great deal for morale.

Have started to encounter casualties of the walk. A couple who took a very long time to get from Patterdale to Shap the previous day decided to abort the long day from Shap to Kirkby Stephen. The guide book is reasonably accurate, but the timings are really for people who are at a fairly high level of fitness and not carrying too much baggage. But talking to them they had definitely made the correct decision as if I found it hard they would have found it hell. To avoid this a number of people I’ve been meeting from time to time have divided what I have done in two days into 3 sections. That does seem to make sense although I think one reason I didn’t pursue that option was the lack of suitable accommodation at the overnight stops. If I could have got in it would have cost an arm and a leg due to travelling by myself.

I want to write something on travelling alone, mainly stressing the advantages, but finding somewhere to stay that doesn’t add considerably to the cost is one of the down sides of doing the Coast to Coast alone and is unlikely to change at any time in the future.

It’s on long days like this that you start to ask the difficult question of why. Why put the body through such torture and stress? Why keep on going over these featureless moors? Why climb all those stiles that always get higher as the day gets older? Why not stay at home with all the creature comforts? By the time I’d arrived in Kirkby Stephen I had stopped asking those questions but I’m sure they will come up again before arriving at the North Sea.

The town itself is not very exciting, although the biggest place I’ve stayed in so far. Went to the chippy to find that they were all closed so ended up with a snack from the supermarket and a couple of Czech beers. Not out of choice. It seems that no one in Kirkby Stephen drinks cold cider even though the nominally cold cabinet has a huge selection of the various types, even those fruit ciders (wherever that bizarre idea came from I’m sure I don’t know), but all at room temperature.

As I lie in my bunk, there’s no one else in this room – the hostel is very quiet, only 6 people apart from myself, I can feel my feet tingling. Not in an unpleasant manner, but definitely not usual. They are glad to not be bearing my weight and that of my bag.

Used to be a YHA hostel but was sold a few years ago in a controversial sell off of assets. Lucky I got there when I did as the warden was about to leave, meaning that I would have to call her to get in – and this was at 18.30, not something I would have liked to have done after such a long day. Didn’t seem to know that I had booked a full breakfast. The place feels tacky and run down and not up to the standard of the YHA places I’ve been too. So much for bringing in the ‘private sector’. There’s nothing that makes it better than YHA hostels.

Paid £20 for the bed in a dorm (although I had the room all to myself) and £6 for a full, cooked breakfast – but not worth it.

Has free wifi but it doesn’t work in all the rooms/dorms but does work well in the communal/dining area.

It’s a ‘conversion’ of a church into a hostel – but it just doesn’t work. The high ceilings make for very strange results. Have seen a couple now and the atmosphere it creates is far from warm and welcoming – churches were not designed that way. 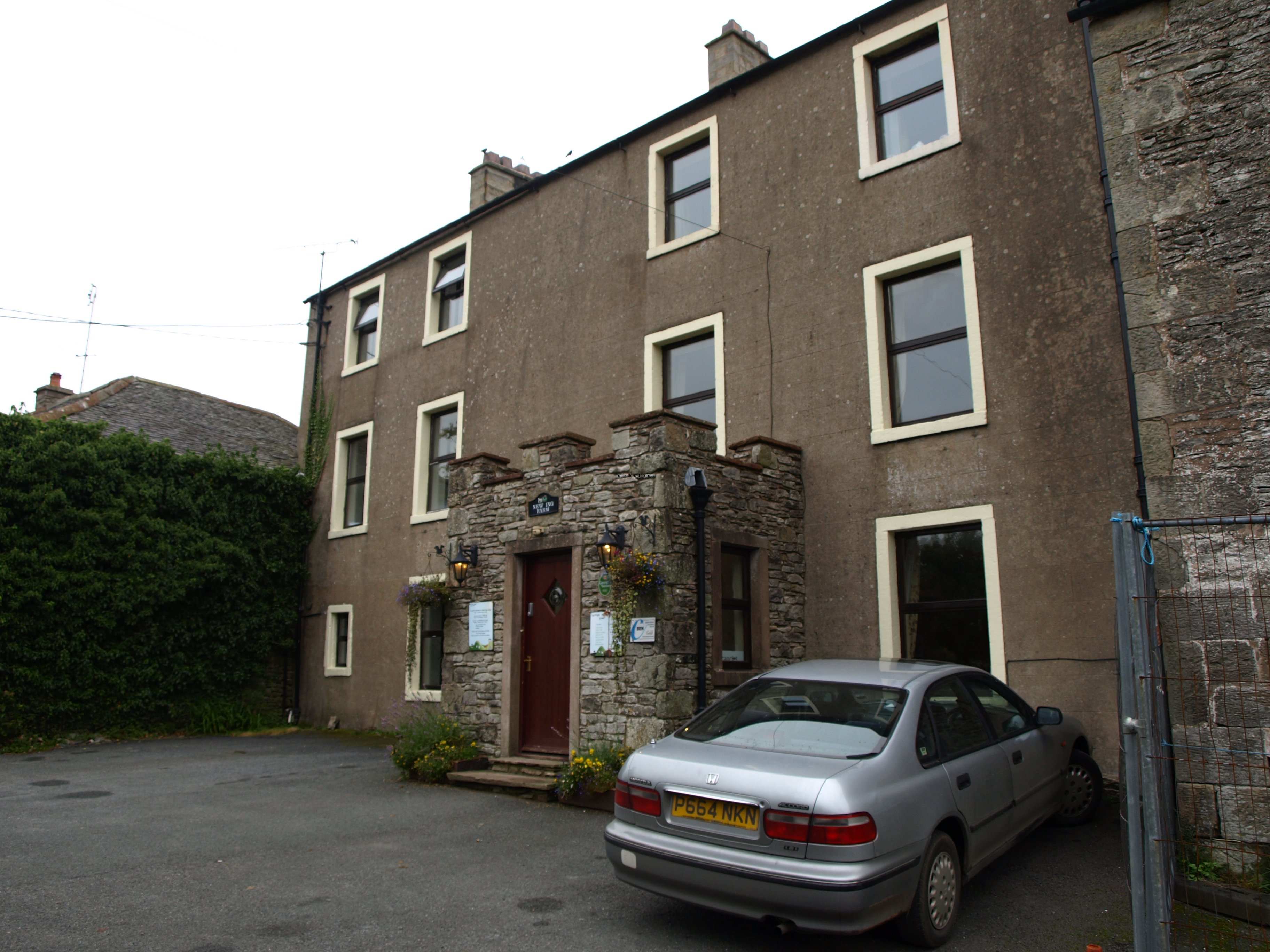 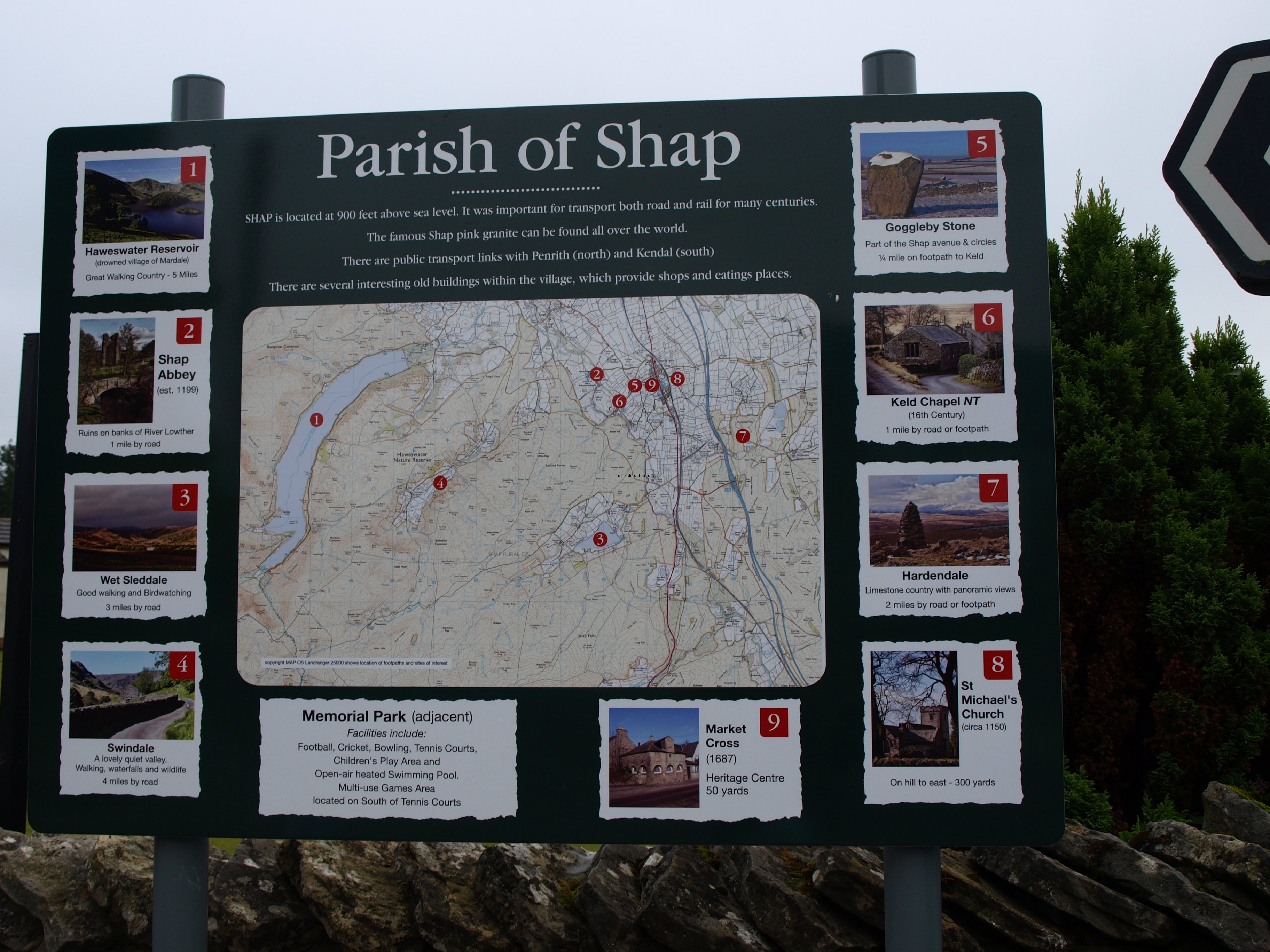 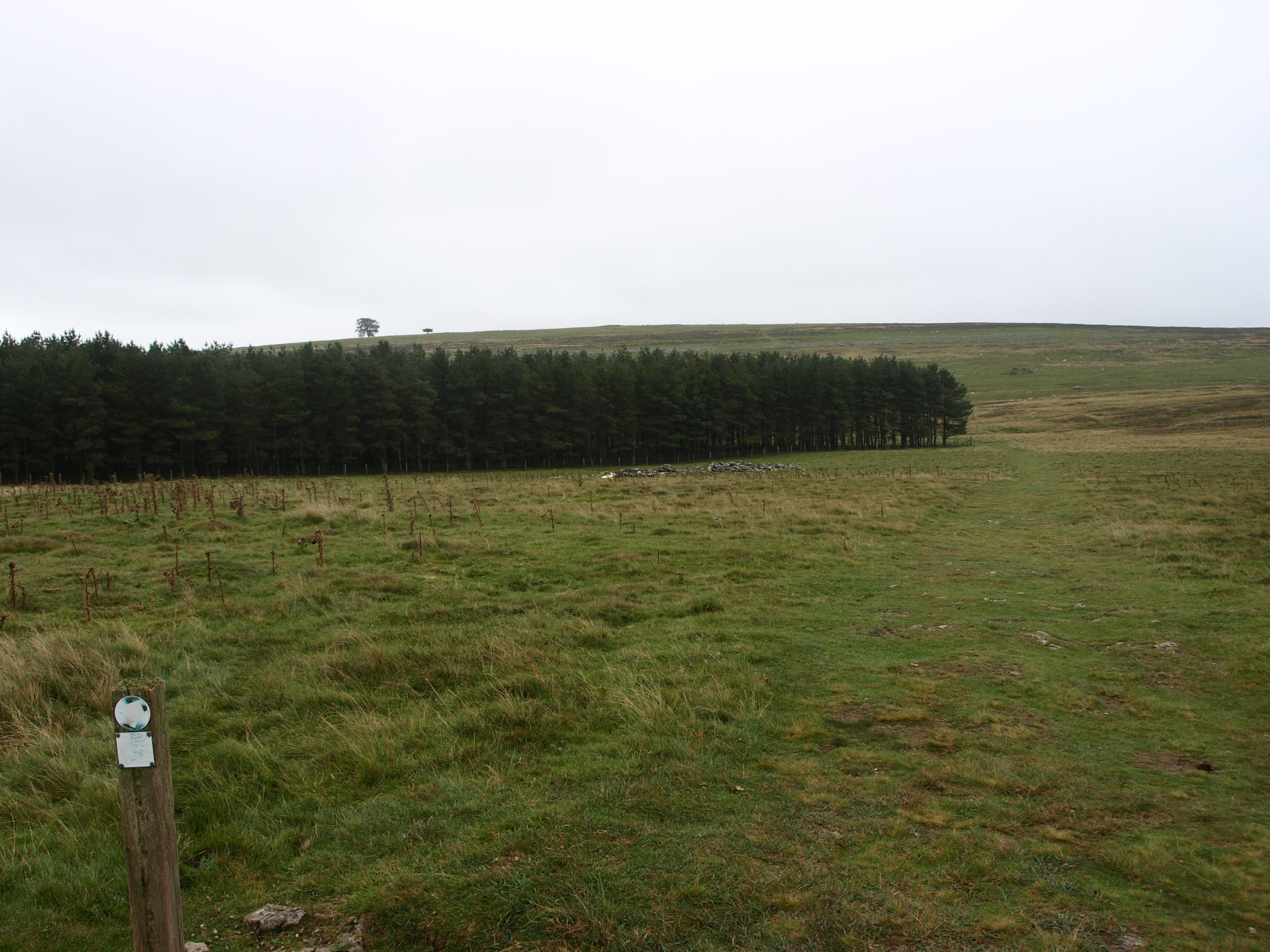 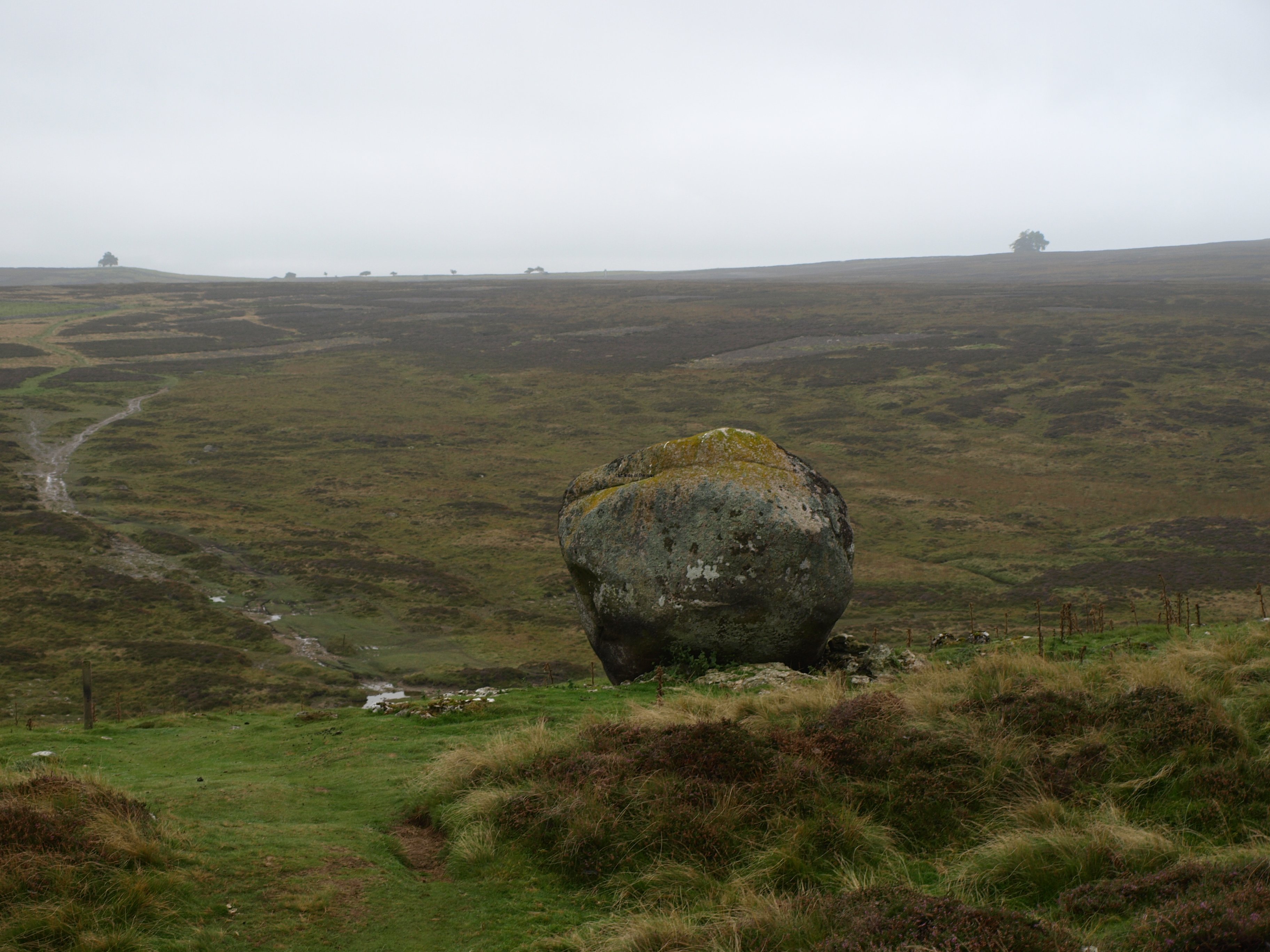 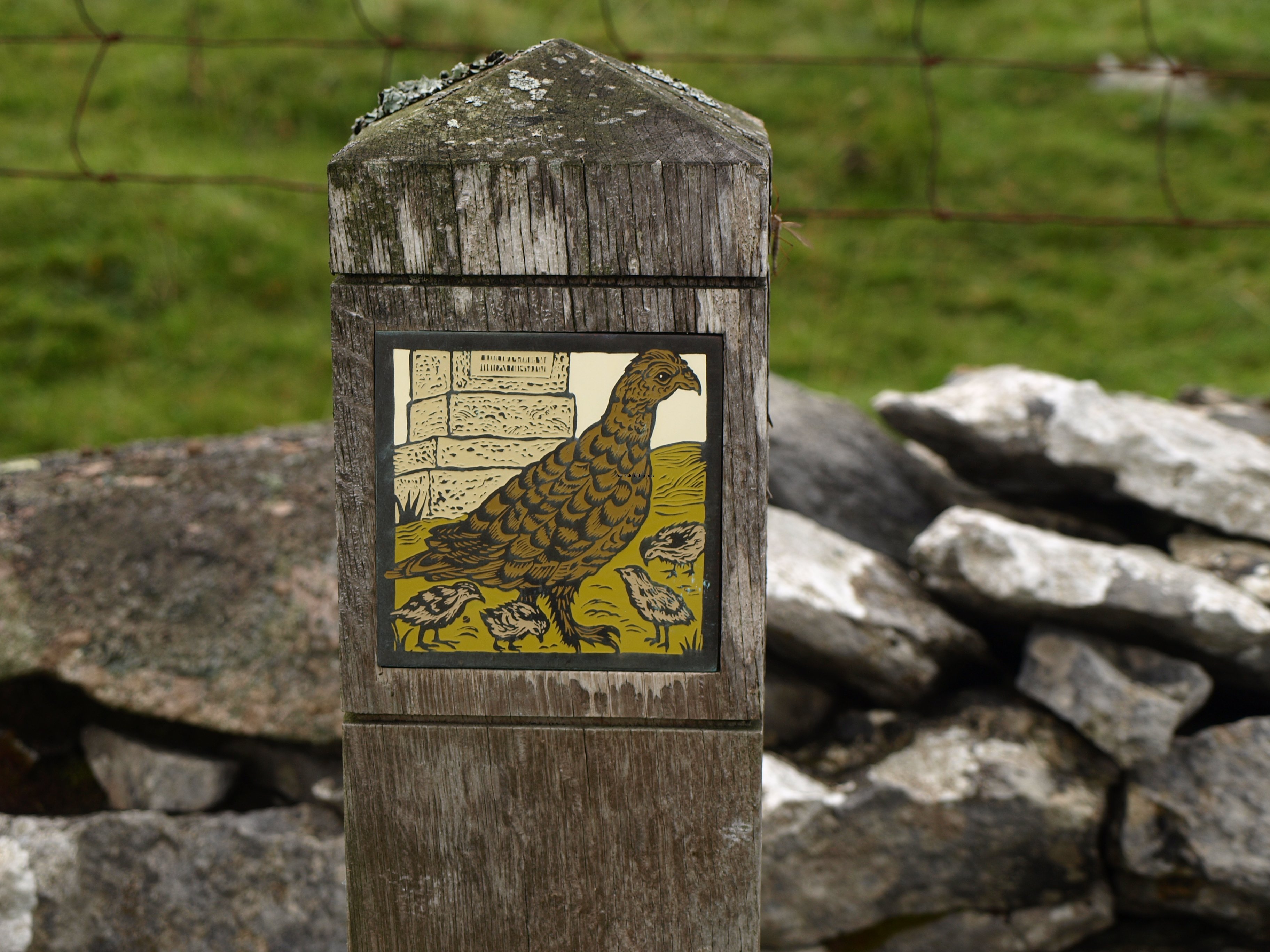 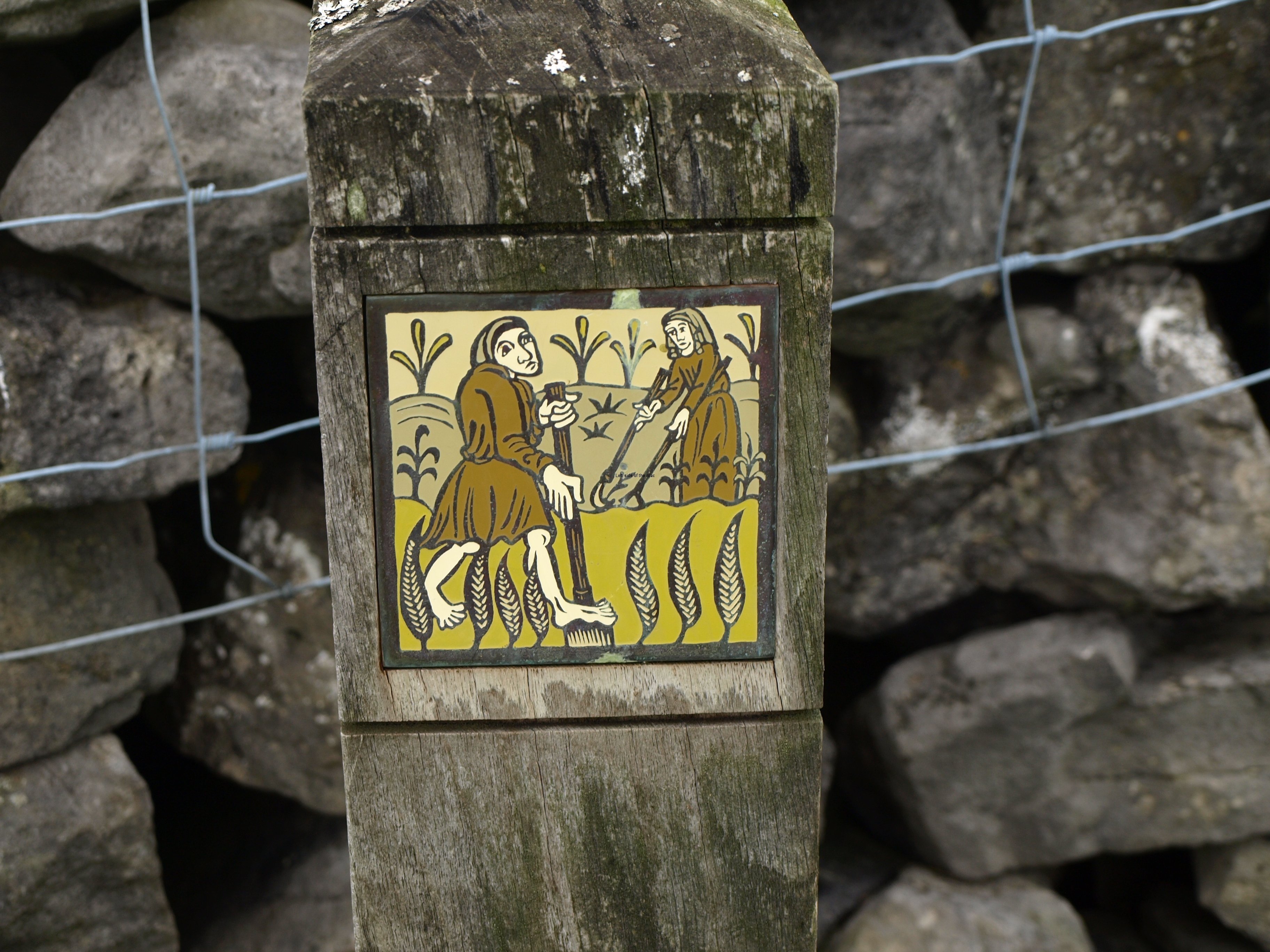 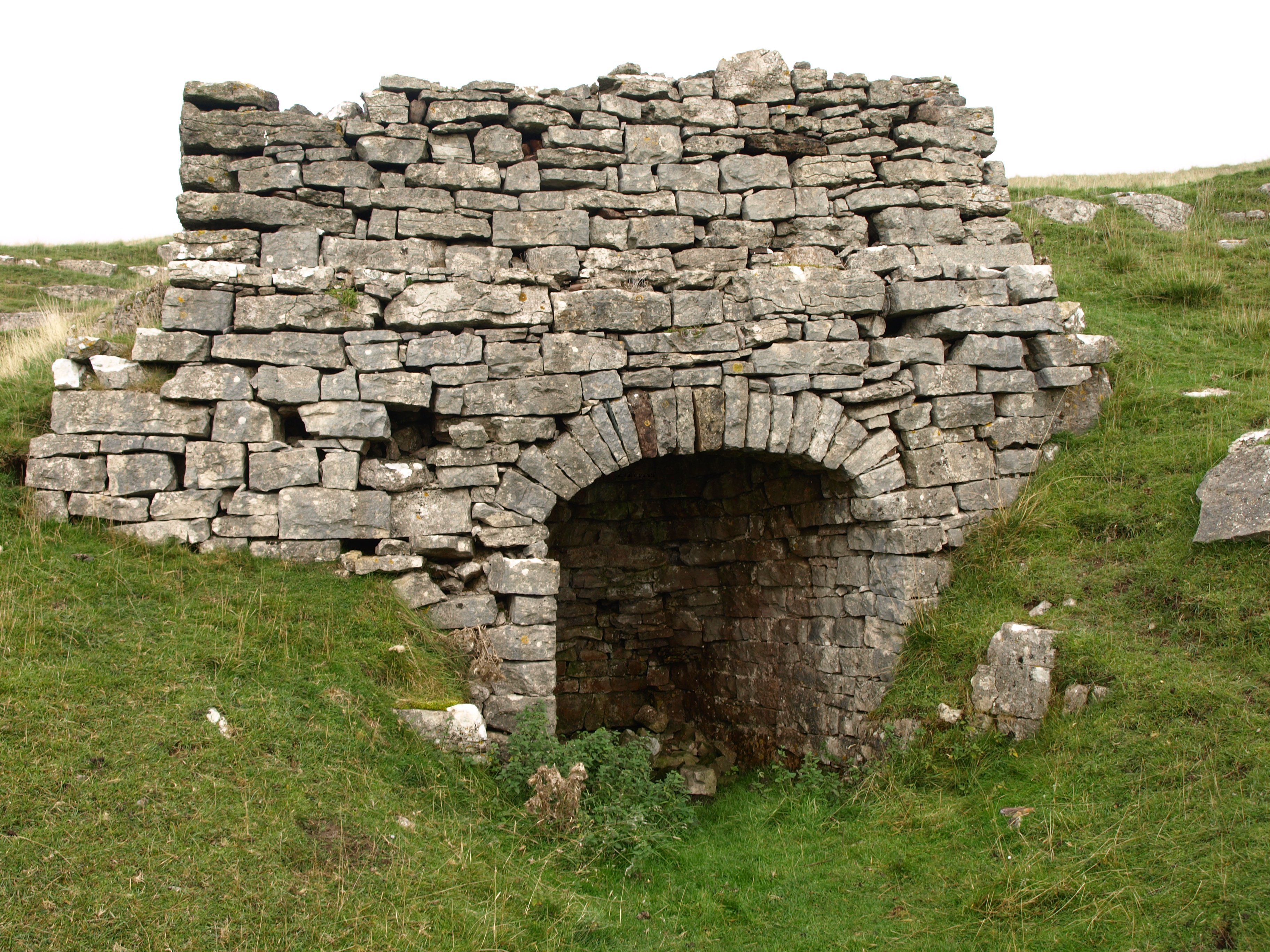 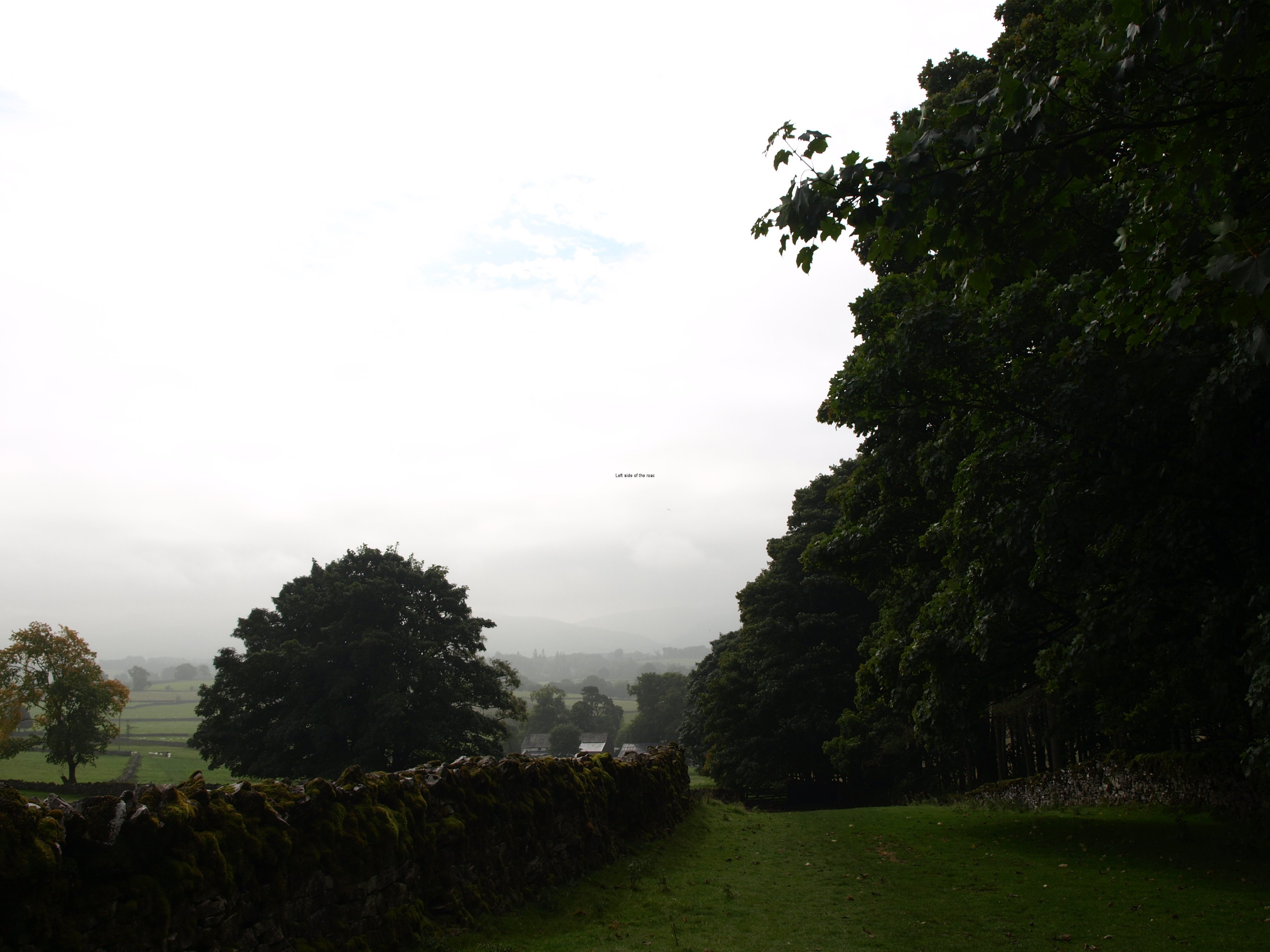 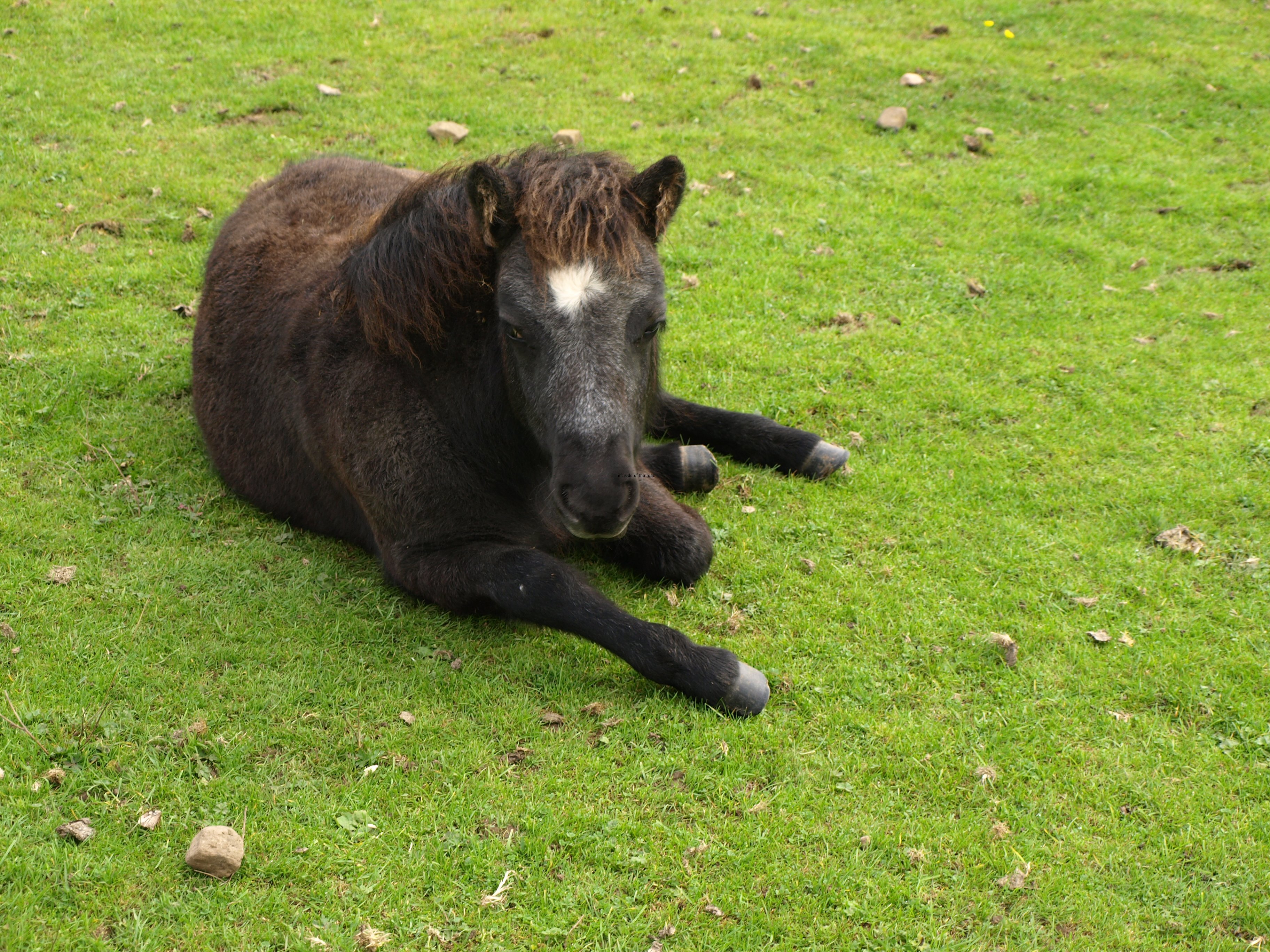 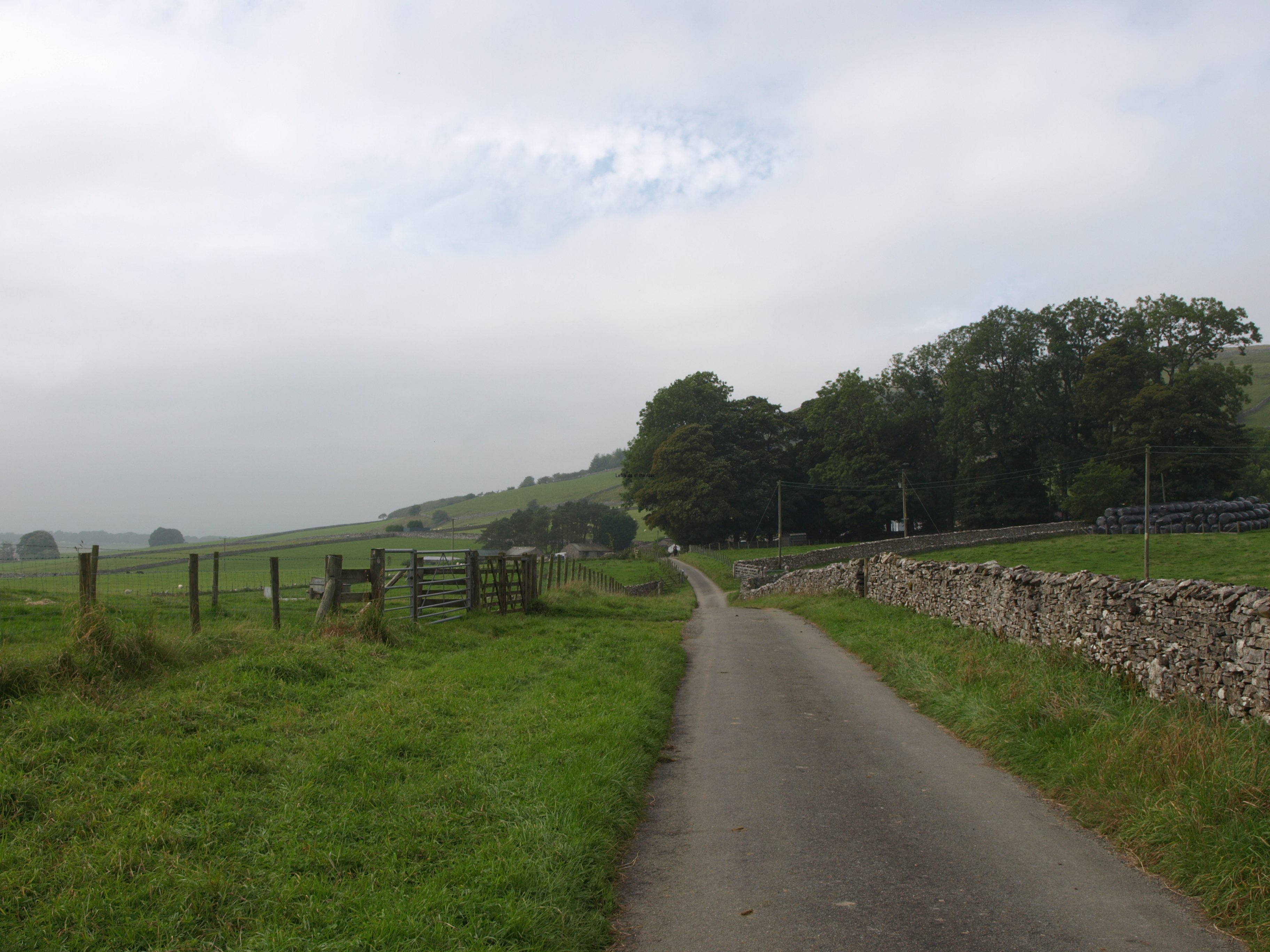 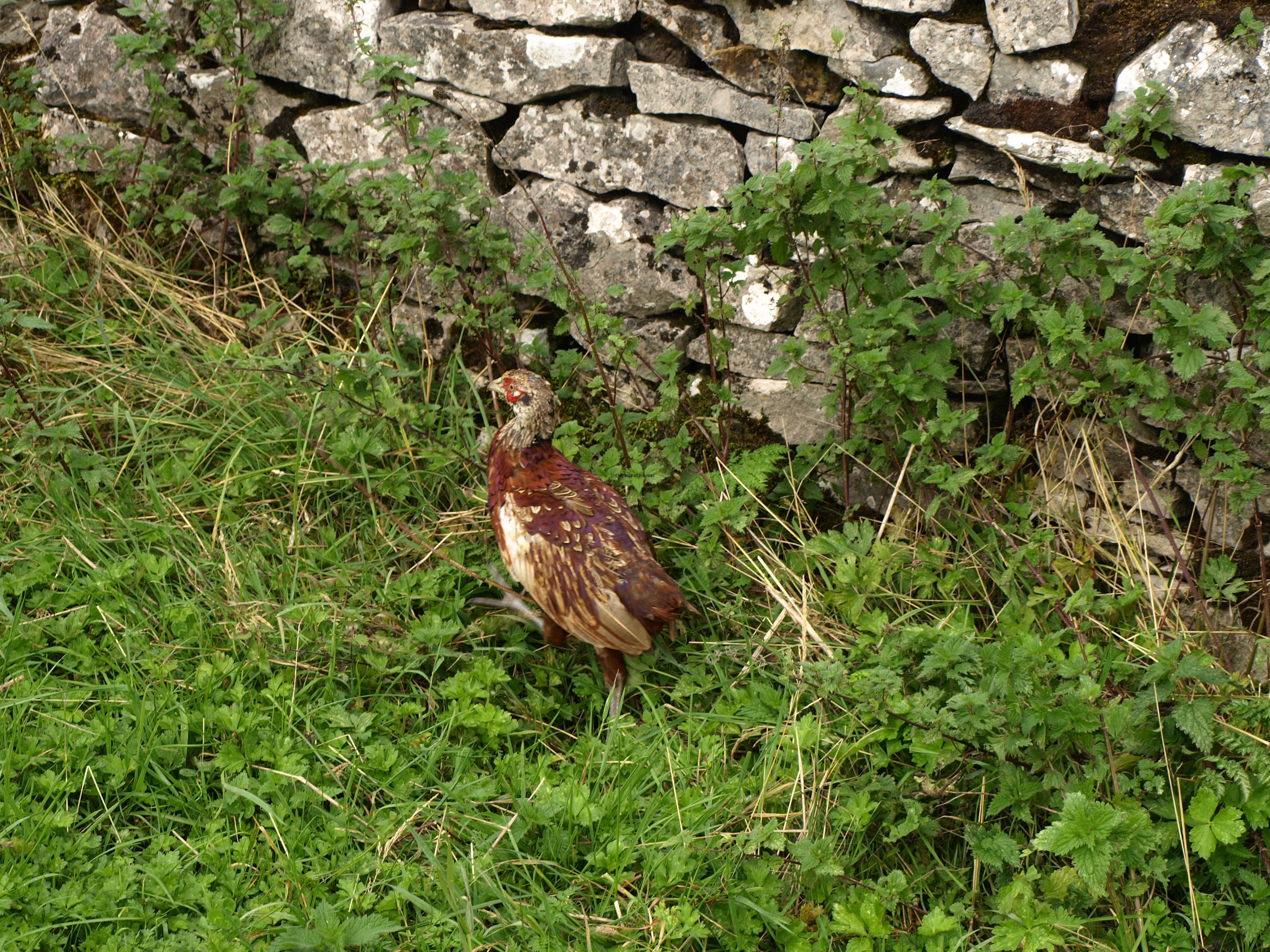 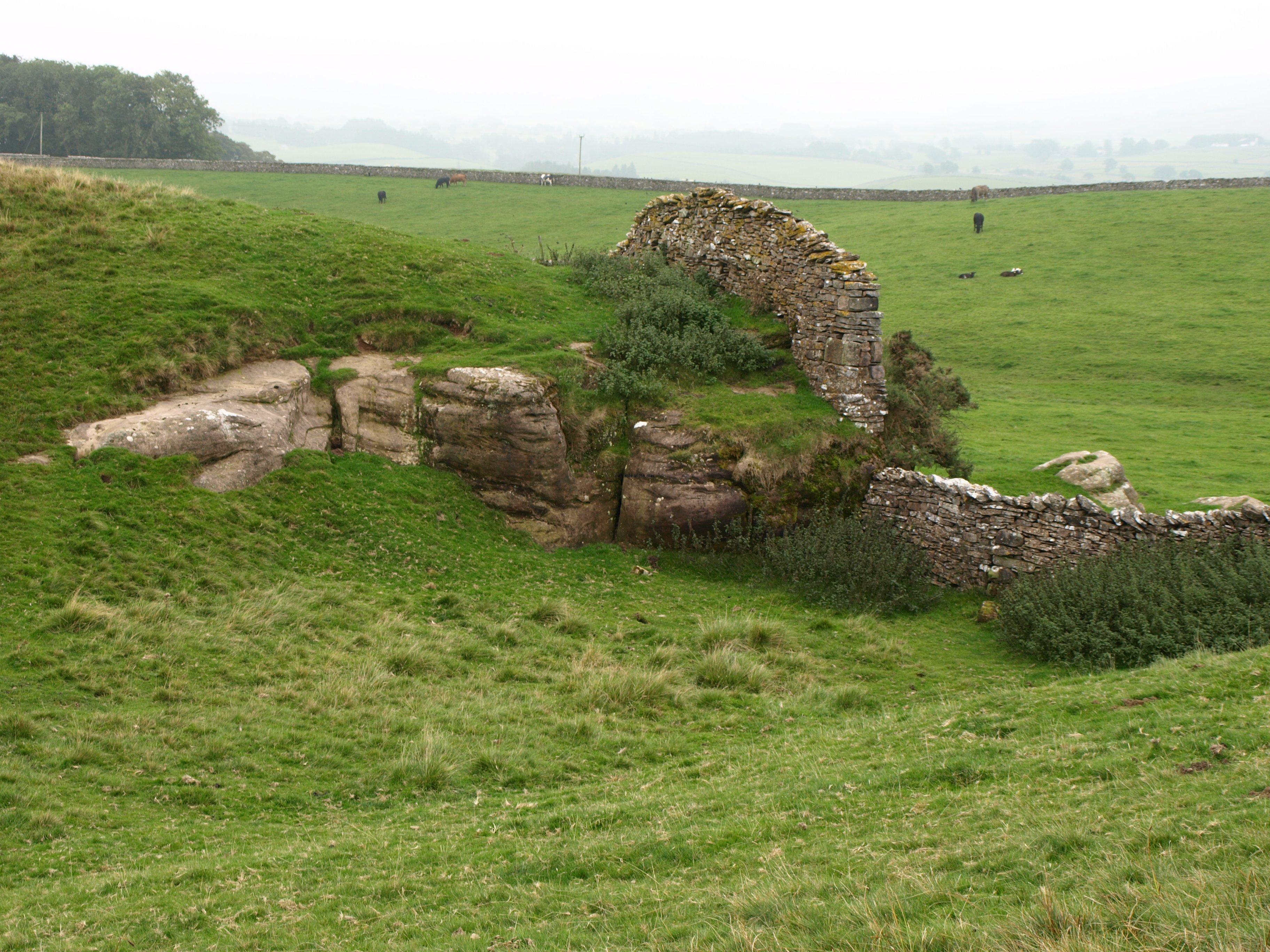 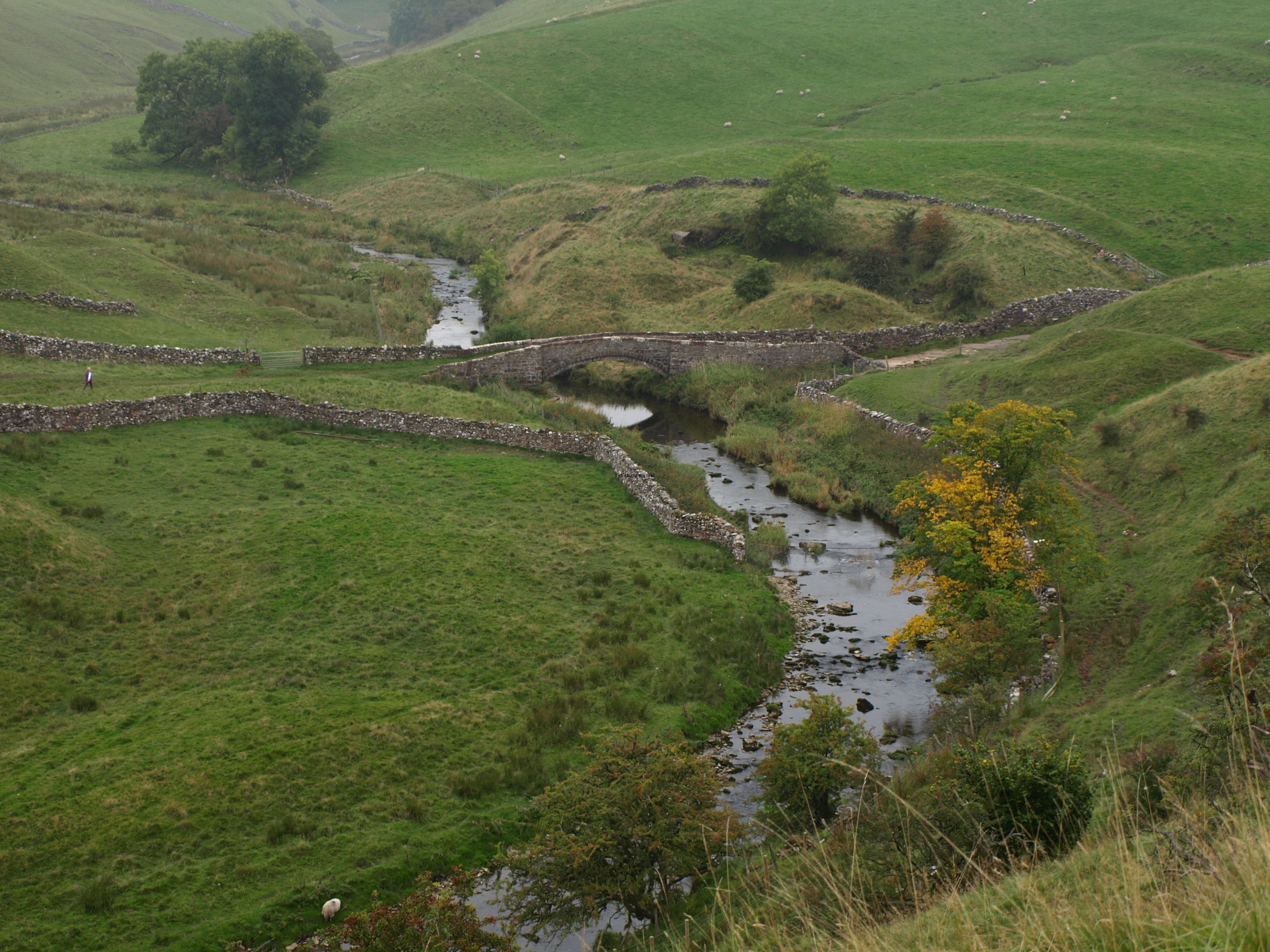 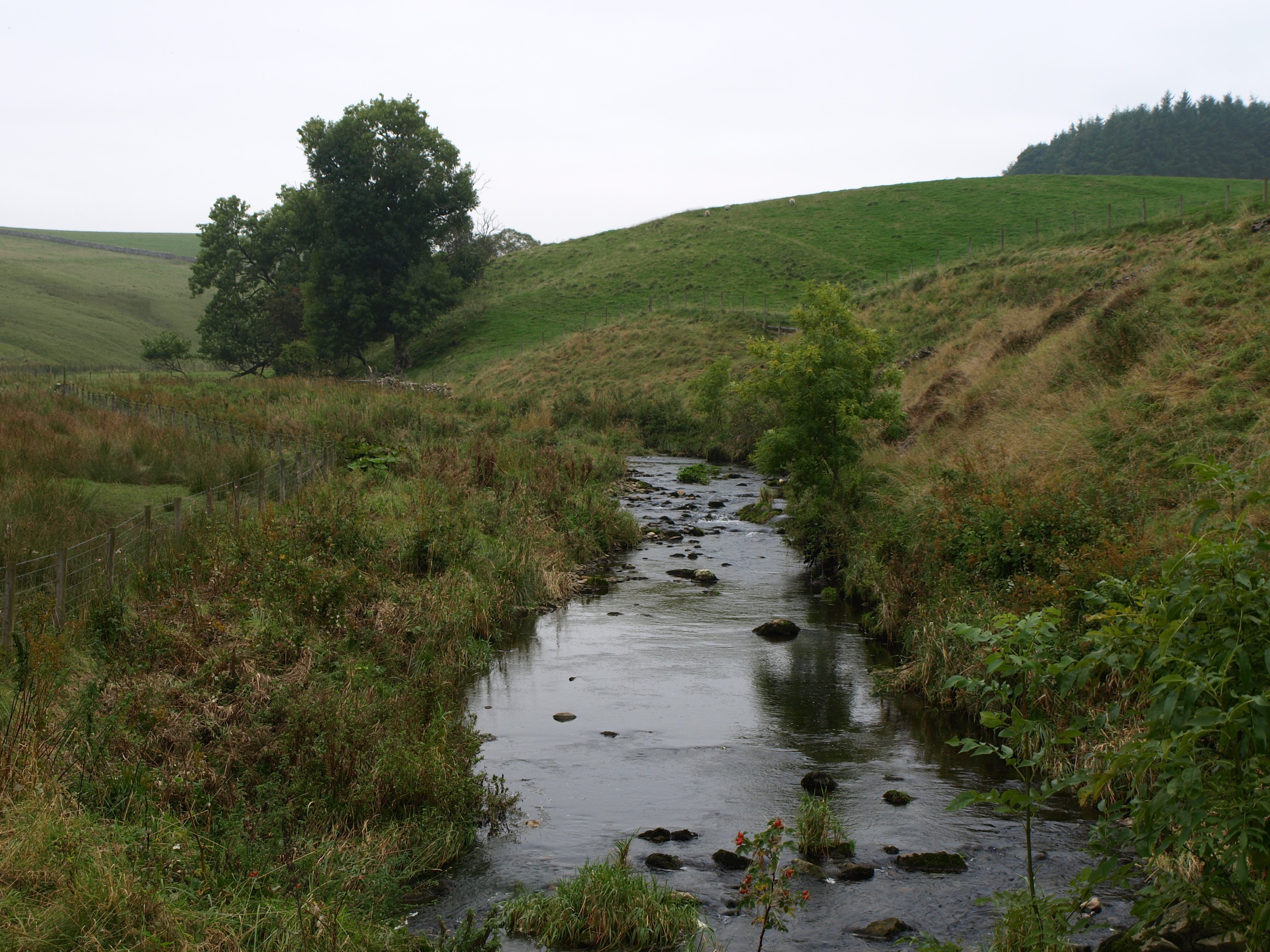 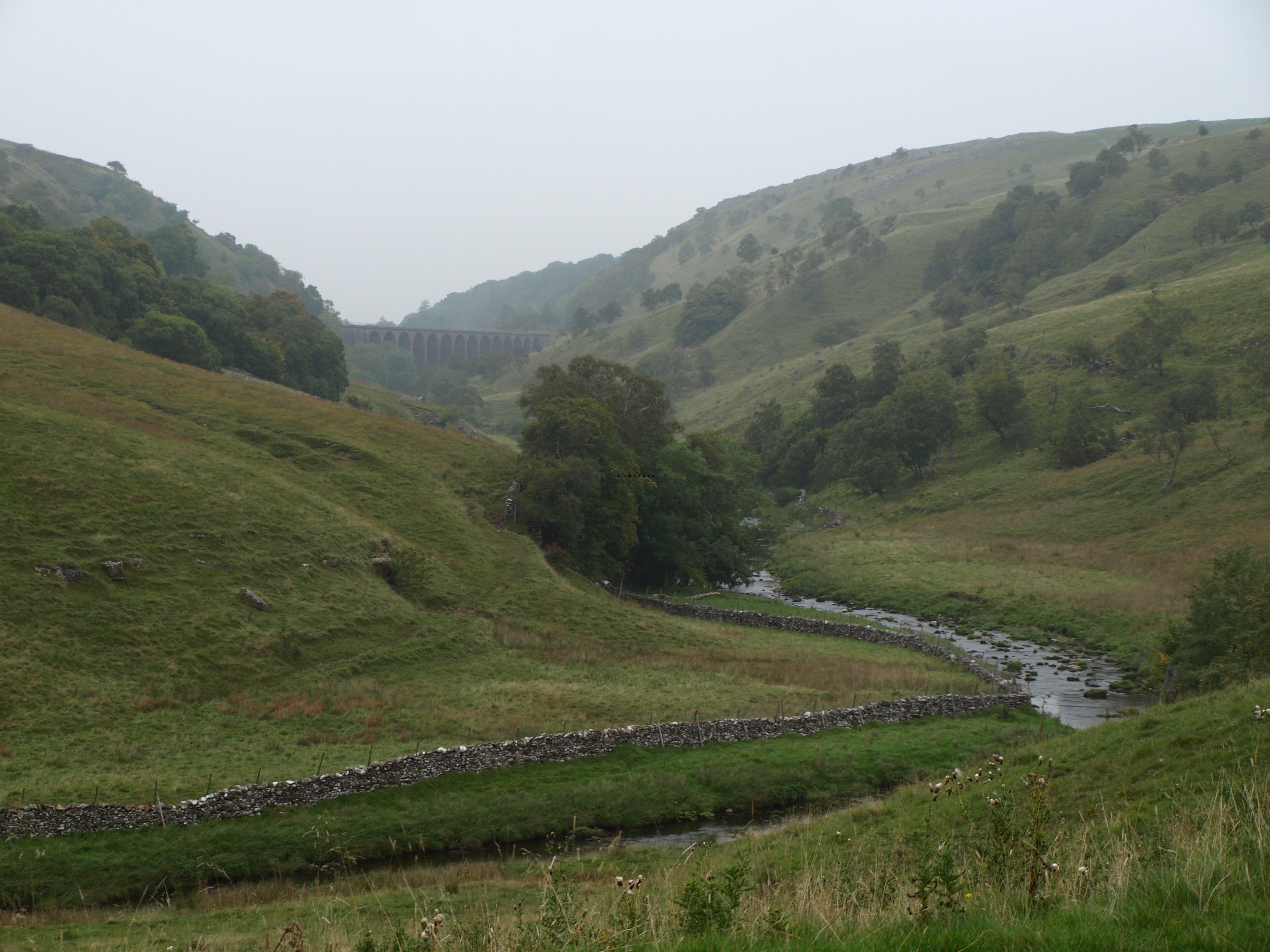 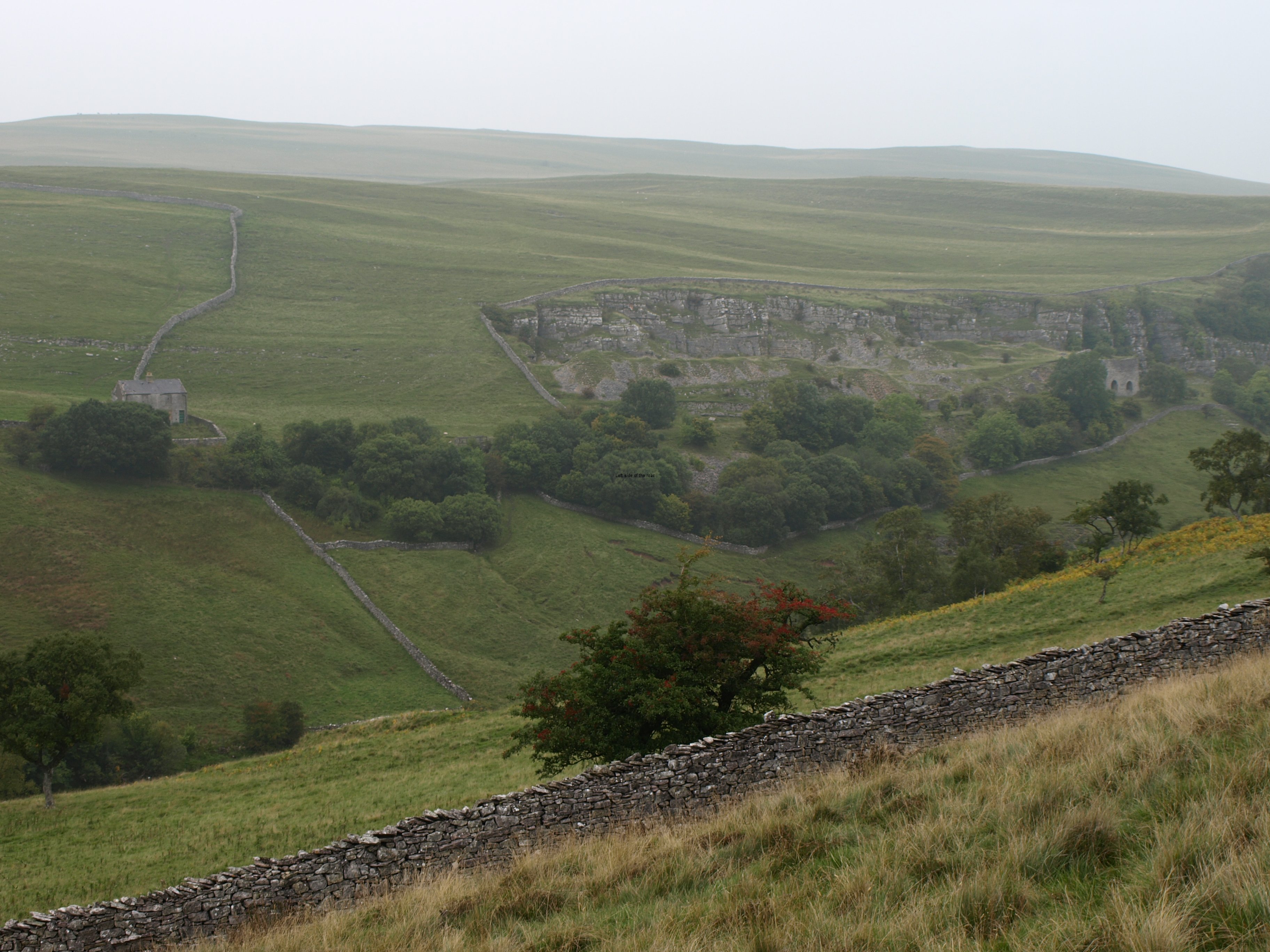 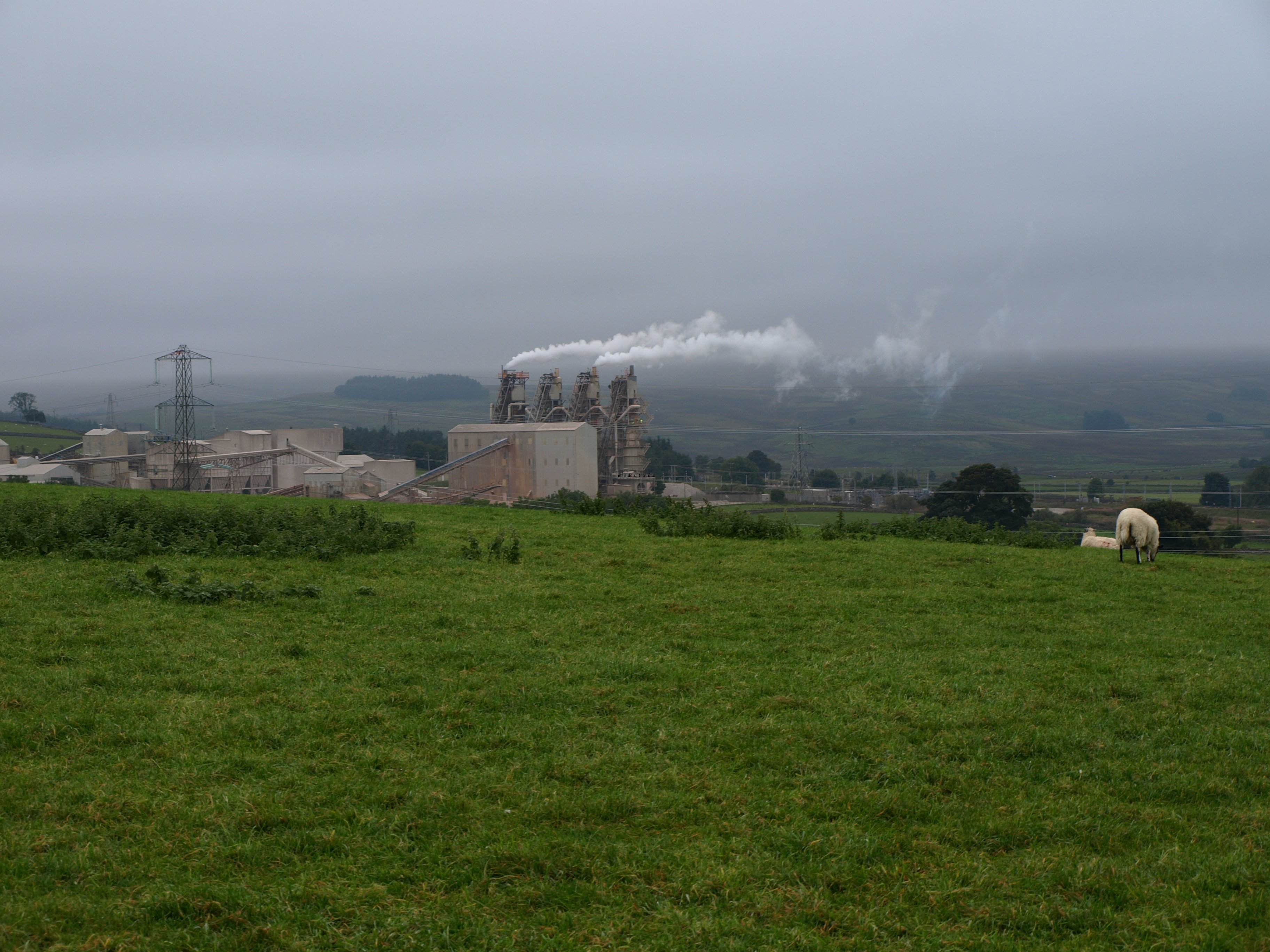 1 thought on “Coast to Coast – Shap to Kirkby Stephen”