Since 30th April 1977 mothers of those Communists, trade unionists and other social militants who were abducted and murdered by agents of the military dictatorship walked around the monument in the centre of the Plaza de Mayo, next to the government building known as the Casa Rosada. It was a Thursday and the time was 15.30.

There was a fear that the preparations for the G-20 Summit due to start on Friday 30th November (described above) might have caused that unbroken series by the blocking off of the square as it is in part of the no-go area. In order that such a situation could be forestalled a number of the women from the organisation, together with supporters and various members of the international media, arrived before midday and installed themselves in the centre of the square. They reasoned, accurately I would have thought, that the Argentine government would not like to have images of women in their 80s and 90s being dragged off by heavily armed riot police.

The stupidity of governments can never be overestimated but there was no move to prevent the traditional even from taking place and I saw no obvious police presence at the time. What might have happened since I’ll discover on my walkabout tomorrow morning.

More than 30,000 men and women were ‘disappeared’ by the military dictatorship between 1976 and 1983. They were abducted by agents of the fascists, more often than not tortured (for no other reason than because they could be), murdered and their bodies disposed of in unmarked graves in the countryside or just thrown from helicopters into the Atlantic ocean.

Although more than 40 years have passed there are still many parents and family members who know nothing about the whereabouts of their children’s remains. And justice is as far from being given these murdered champions of the working class now as it was then. The killing goes on. As I wrote about the demonstration in the centre of Buenos Aires on Monday 26th November, two militants have been killed by the police in the last week.

The symbol of the Madres de la Plaza de Mayo

Anyone who goes to the square today can see white scarves, the symbol the women adopted from the very start of their campaign, painted in the circle they walk each Thursday.

Due to the proximity of the G-20 and the threat that the women (and their supporters) might have been prevented making the traditional circuit of the square I don’t know if what happened on Thursday 29th November was the norm – but I don’t think the process would have been much different. The Press Conference wouldn’t have taken place but the procession, I’m sure, has established its format over the years.

What happened was that a small group (just after 15.30), with the old women in the front, holding a banner from the top edge in front of them, walked slowly around the square (probably getting slower each passing year) and someone read out a list of names. Once the name was announced the crowd would shout ‘Presente!’ in the idea that even though no longer alive they were forever in the memories of those who knew them. I didn’t count but they must have walked around the square close to ten times. As was the tradition from the start there were copies of photos of those who were abducted and murdered either pinned to their clothes or held up as placards.

Then the women from the leadership of the organisation, who had arrived at midday and had spent the time under a temporary bodega (to protect them from the sun but on that Thursday it rained in the early afternoon but, fortunately, it had stopped by the time the clock struck the half hour past three) stood up so there were now two groups walking around the monument in the centre of the square. They didn’t read out names – but did carry photos of those ‘disappeared’ – but sang songs and from time to time started anti-government, workers solidarity chants.

This went on for about half an hour when the press conference took place. (This can be listened to on the official website of the Madres de la Plaza de Mayo.)

There’s no shadow of a doubt that this is a very emotional occasion. The determination and steadfastness of these women has to be admired. As has their development of the organisation that is not only seeking justice for their dead children but expanding into one that fights for social justice in present day Argentina – when so-called ‘democracy’ has changed little for the better for the workers.

However positive their struggle and the lessons it has provided for movements around the world there is still a problem with (what I consider) a lack of understanding of the society in which we all live.

My knowledge of Argentinian politics and history has never been that good and it will take me some time to get up to date. That means that some of the statements made and slogans chanted in the press conference were lost to me – I’ve gotten out of the habit of understanding how Latin Americans refer to their political leaders.

If I understood matters at all, after all that the Madres de la Plaza de Mayo have suffered during the period of the military dictatorship and through the different governments since they are still peddling the idea of parliamentary cretinism, supporting some leaders because others are worse. I don’t know if there is potential in Argentina for a radical change but if aggrieved mothers haven’t got justice in 40 years I think it is time they looked for a more radical and revolutionary change in their society. 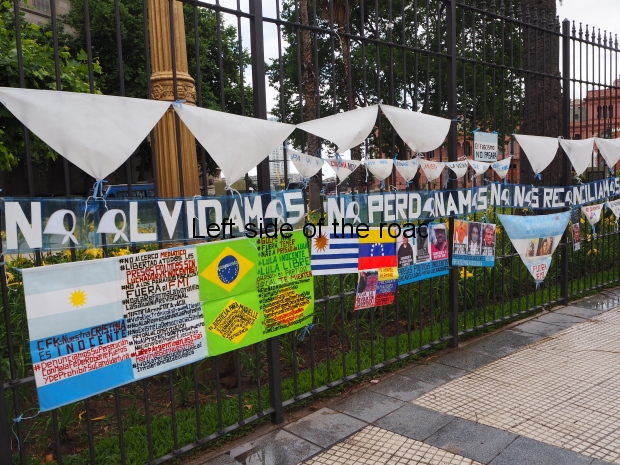 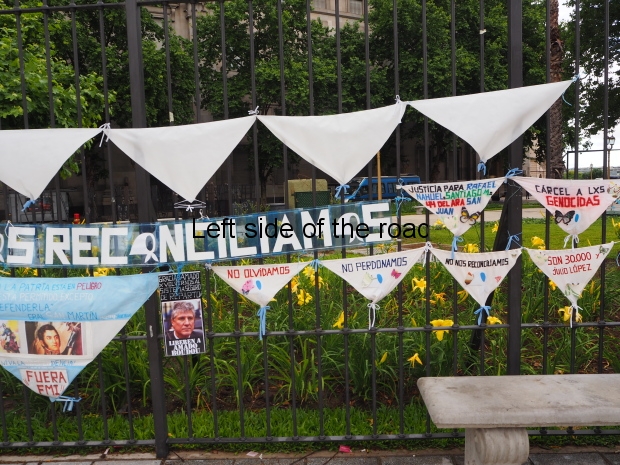 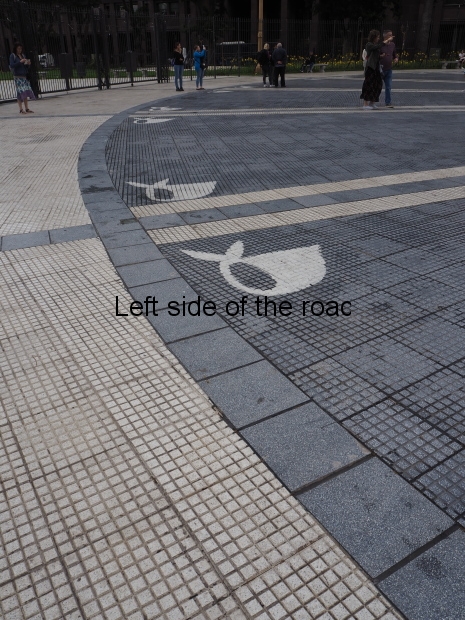 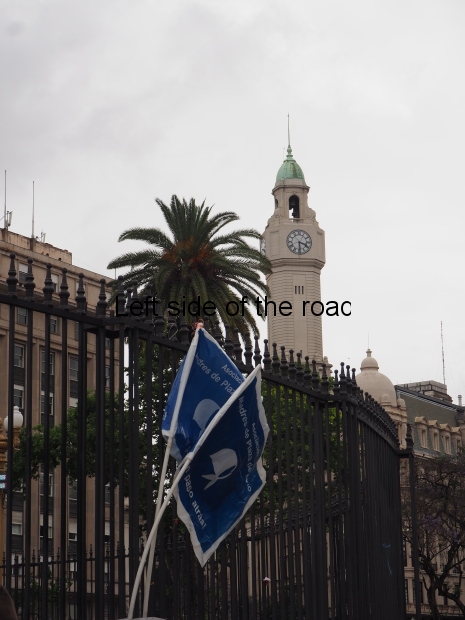 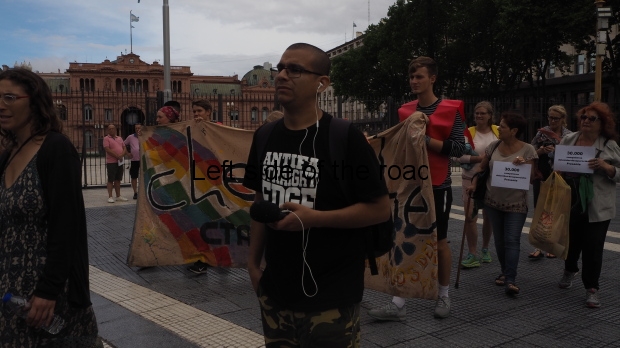 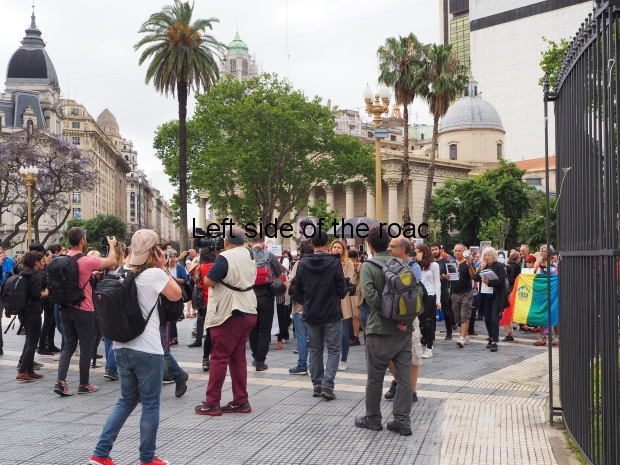 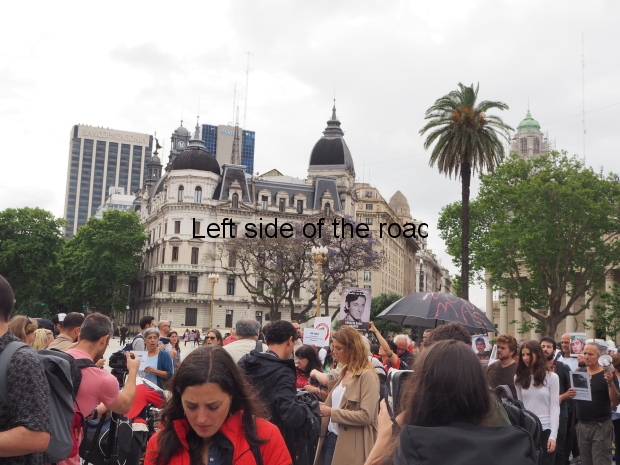 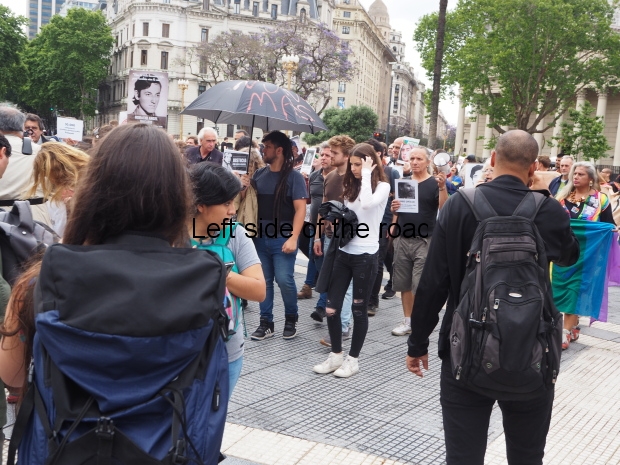 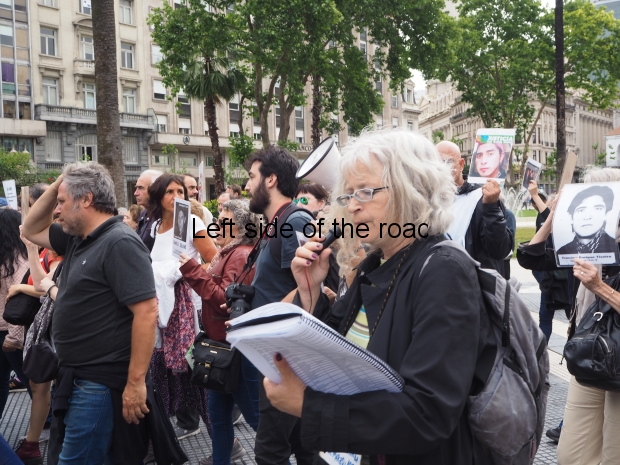 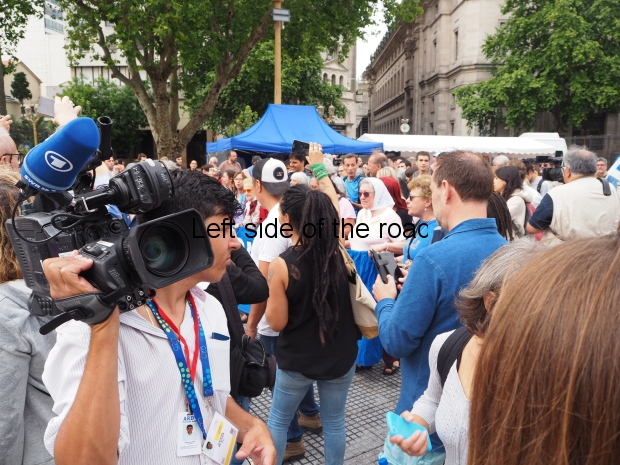 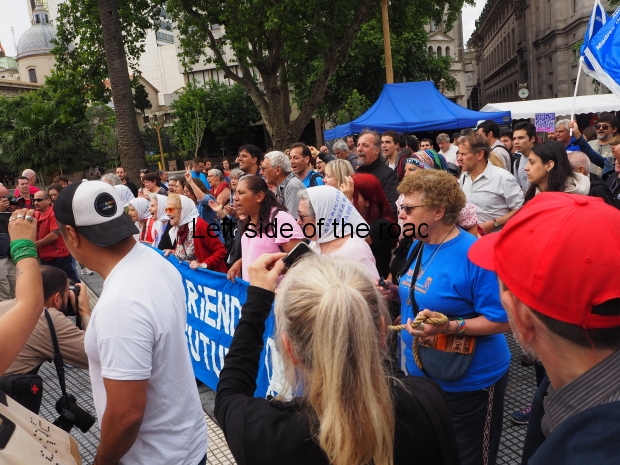 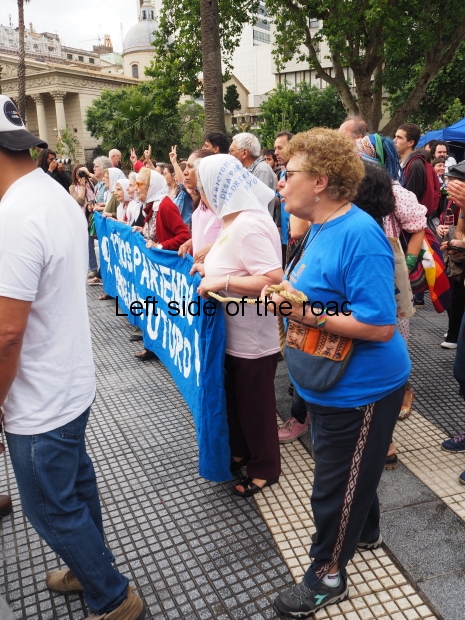 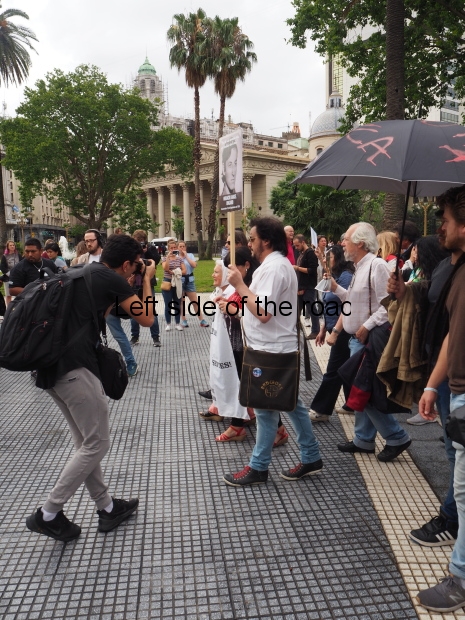 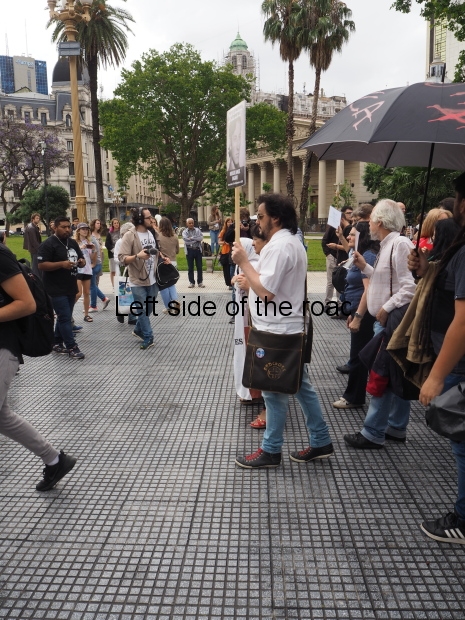 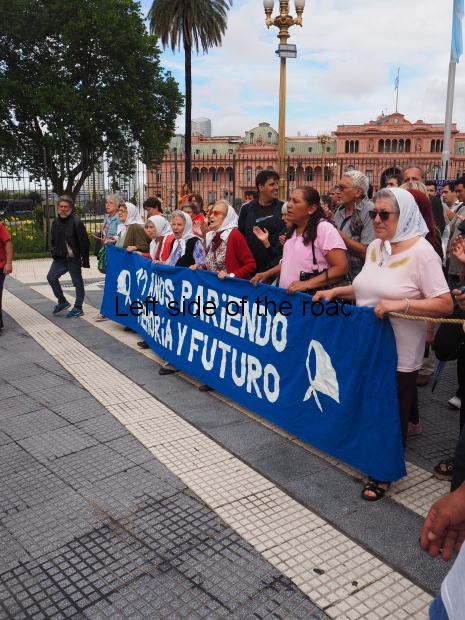 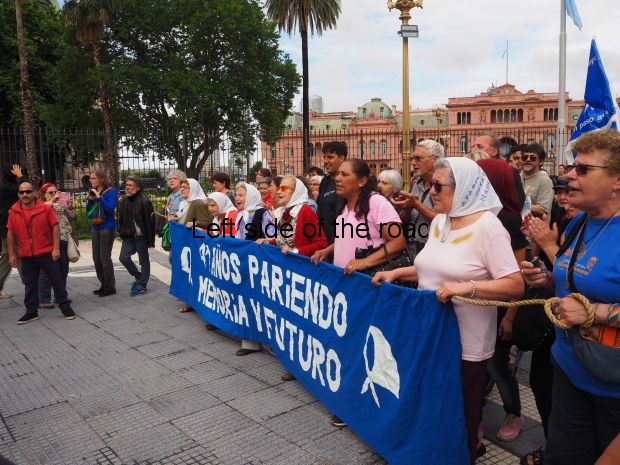 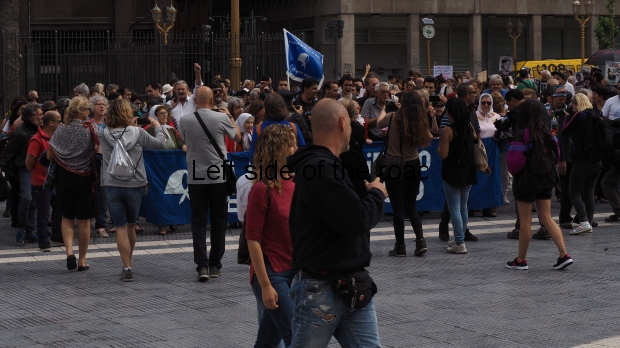 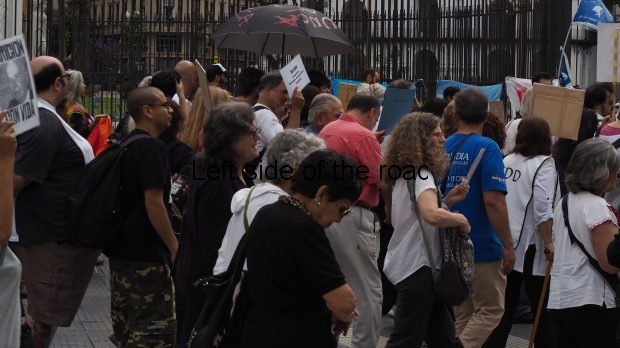 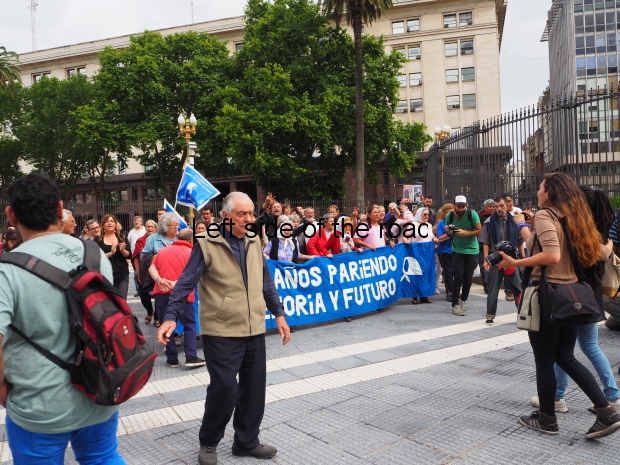 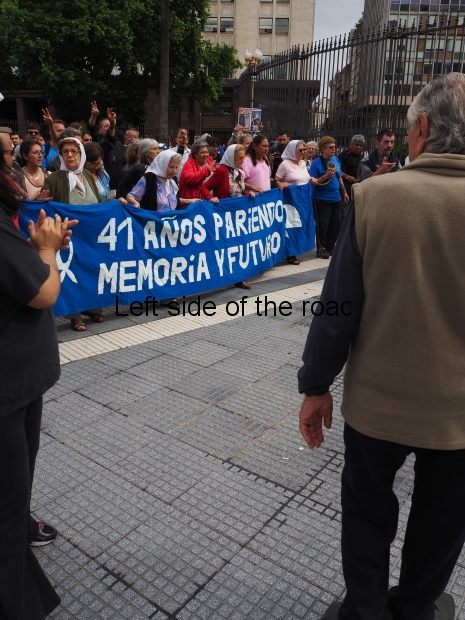