Some building developers rub someone in authority up the wrong way and they find their building plans didn’t go quite as they expected.

It’s the late summer, early autumn, in Ksamil, southern Albania. Things are getting quiet now as the bulk of the tourists have left and the bars on the beach are deciding that it’s not worth opening, at least not until next April. It still gets light early and some people, the ones after the worm, are already up. They notice a strange, an unusual sound. Heavy machinery, but not the sort that is normally used in construction.

Amazed they look on as it comes around the corner and heads towards a half completed building. The machine looks angry, aggressive, menacing. At the building it stops, stabilizers are deployed, a long hydraulic arm reaches out towards the defenceless building, approaching one of the reinforced concrete pillars. Huge, powerful jaws open, clutch the pillar and a button is pushed inside the machine and the jaws close with immense force. The concrete and metal are no more than a dry twig to this monster. The concrete crumbles, the bars snap, the building totters.

The machine is unimpressed at the resistance of this shell of a building and moves slowly on to another pillar to repeat the process. Still the building stands proud but looking decidedly shaky. When the third is destroyed the building gives up and the tons of concrete and metal that had taken weeks to construct has become worse than useless. Before any other construction can begin someone has to pay to get rid of all this debris. What started out as a project to make money has become a liability.

This was what happened in the autumn of last year in the erstwhile collective farm of the Socialist era (specialising in olives and citrus fruit) now a nondescript, blot on the landscape, urban sprawl that caters for tourists, both national and foreign, who flock here in the short summer season. These buildings had been started (some almost complete and partially lived in) without the requisite permission and the executioner had arrived to carry out the sentence.

Passing through this town, from Saranda, on the way to Butrint (the Greek/Roman archaeological site a few minutes down the road) and a few minutes after passing the Dema Monument on your right, it was as if you were going through a town that had been hit by an earthquake, buildings leaning at strange and unnatural angles.

A year ago there were many more but in the intervening months some have been completely demolished and, perhaps, construction has been resumed, but this time with the necessary permission. At least in this town those few hours of work in 2011 had taught any prospective developer a lesson.

Why Ksamil? I don’t know. There seemed to be the same treatment meted out to one or two structures on the outskirts of Saranda, the nearest town of any real size, but nothing in the town itself. I can’t imagine that if there was a culture of building where and when you wanted existed in Ksamil it didn’t also exist in Saranda. There it seems that half the buildings are in the process of construction. Perhaps fines were paid or there was a transfer of heavy brown envelopes to the appropriate authorities.

I haven’t come across anything similar in any other part of Albania (where construction seems to as random and uncontrolled as in Ksamil) but someone must have been upset as these machines had supposedly come all the way from Tirana, not an insignificant journey for such heavy plant.

I don’t get the impression that town planners, as such, exist in Albania but if such officials are around and have these power I’m sure they would be the envy of their counterparts throughout the world.

This information is now of historic interest alone as on a recent visit to the town I was unable to see any of the toppled buildings. Being a popular tourist resort there would have been pressures to dispose of these ‘modern sculptures’ as quickly as possible. However, the issue itself – i.e. of illegal constructions – is one that is ongoing in different parts of the country. There seems to be an effort by the present government to redress the total anarchy that existed towards the late 1990s and even quite long established buildings are being demolished. Apart from clearing waway a number of scars on the landscape some public land is being reclaimed as pavements and roads disappeared under bricks and mortar. 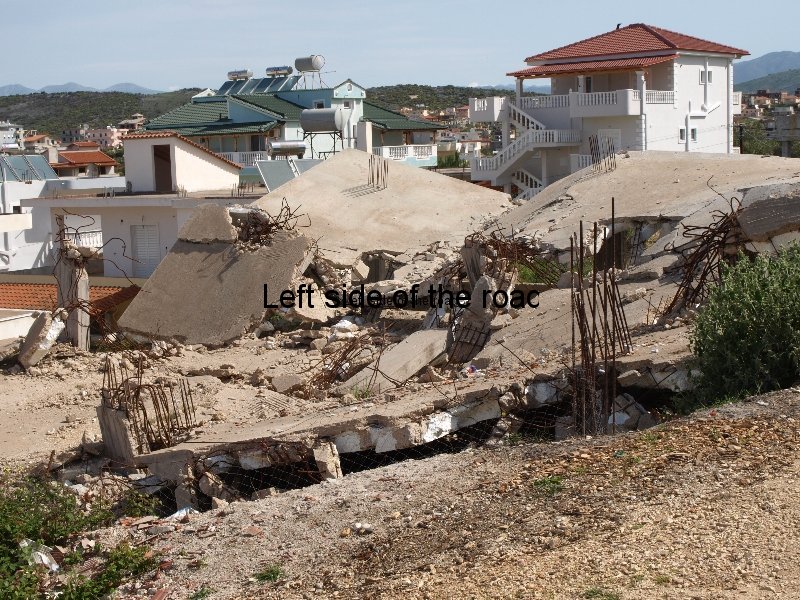 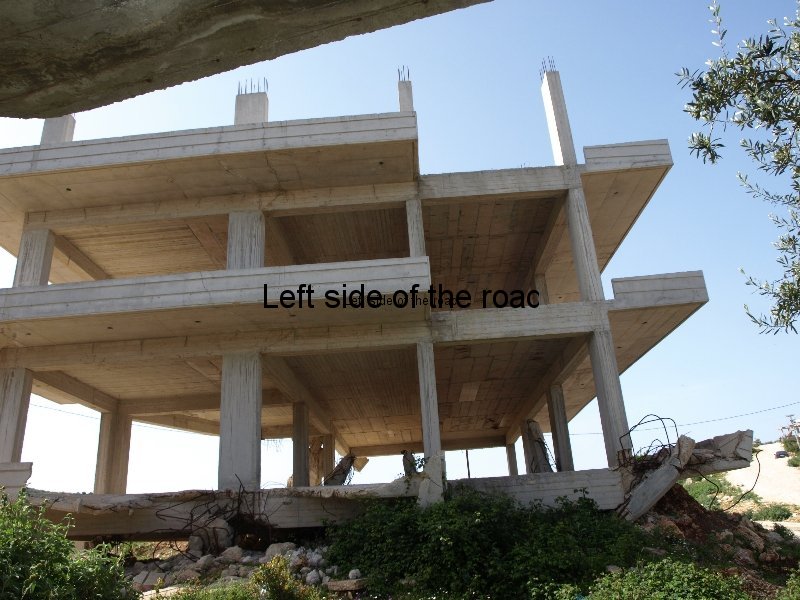 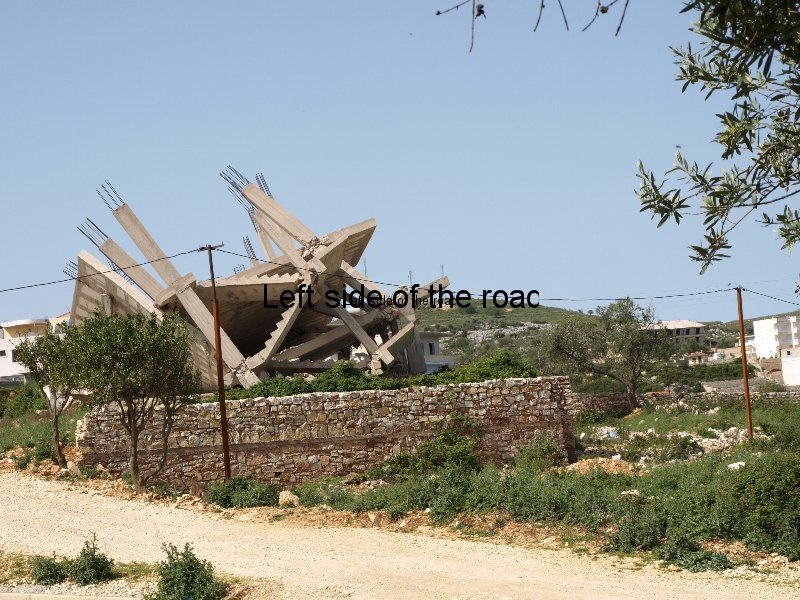 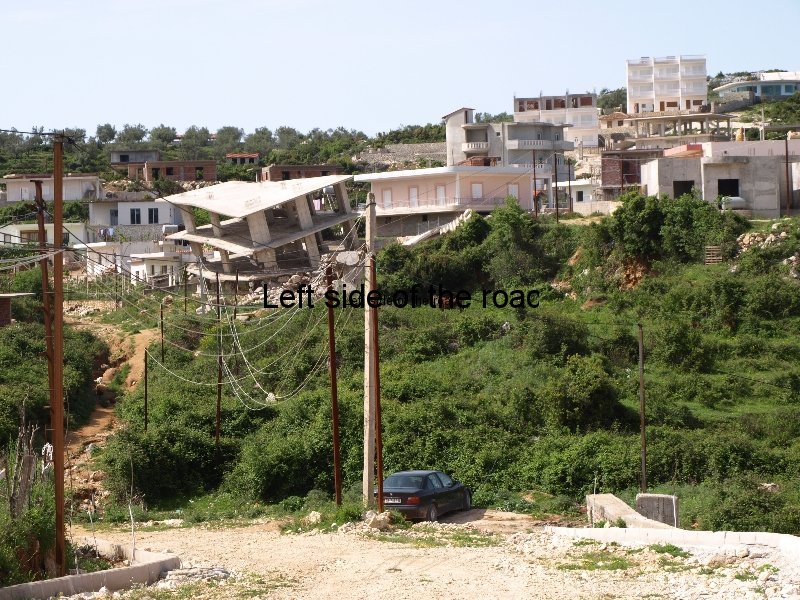 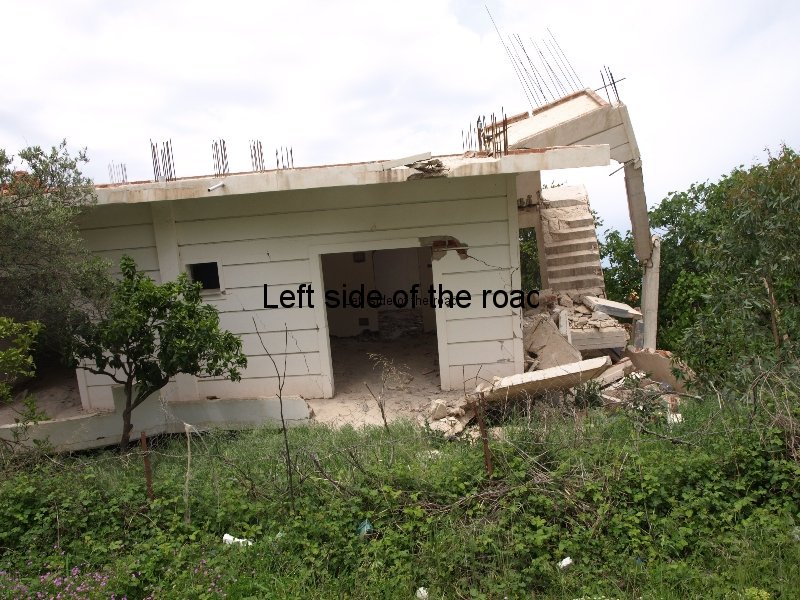 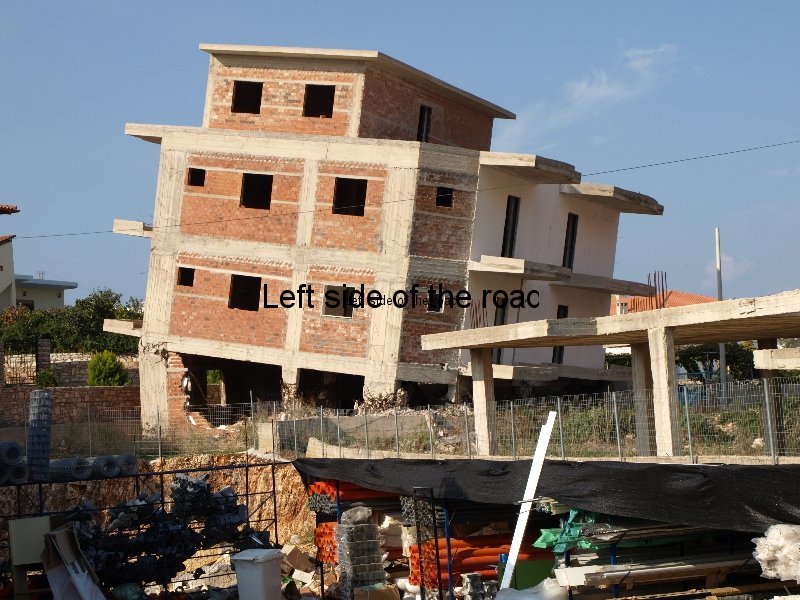 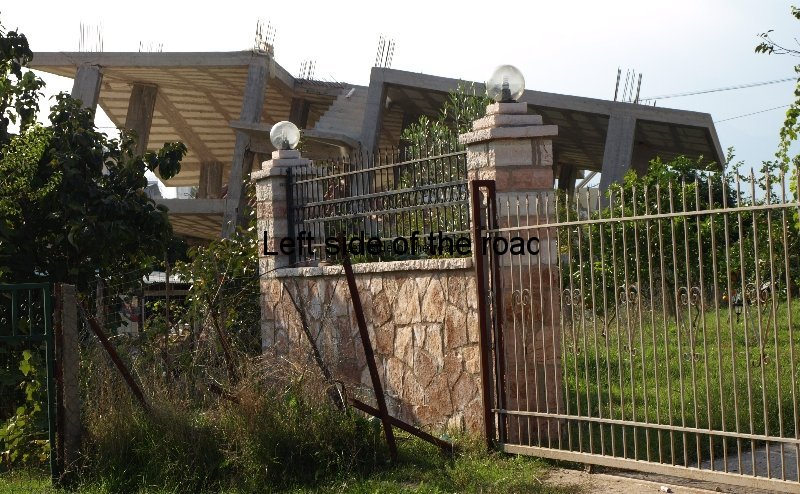 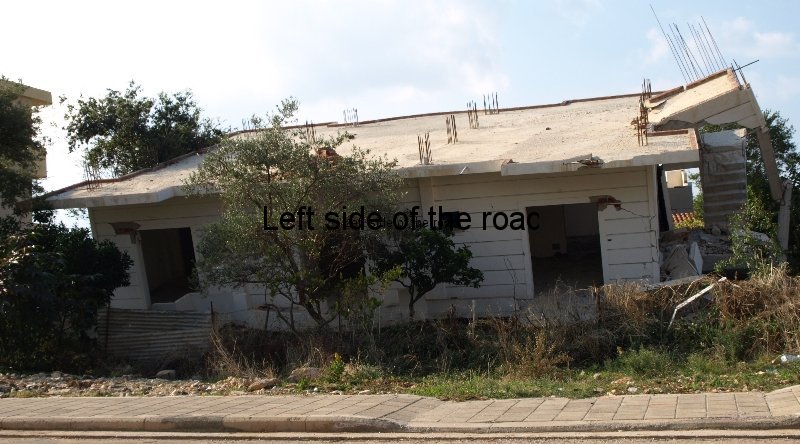