Modernism is not restricted to Barcelona as many towns throughout Catalonia boast at least a few examples of this late 19th early 20th century architectural style. La Garriga, about 30 kilometres north of Barcelona, developed as a spa town at the same time as the heyday for this fashion and Casa Barbey is one of the best examples in the town.

I became interested in Modernism when I spent quite some time in Barcelona between working in other parts of Spain about eleven years ago and have been searching out new places ever since.

By far the biggest concentration of Modernist buildings is in the centre of Barcelona itself and the huge queues I saw last weekend indicate that it’s one of the attractions that draws visitors from all over the world and making Catalonia (according to a report released a couple of days ago) the place in the whole of Spain that has the highest increase in tourists year on year.

I’m glad I was able to visit those places in the centre of the city when I did as now not only do you have to face the queues and quite steep entry charges when you actually do get into the buildings the number of people detracts from any appreciation you might be able to get from studying the quirky aspects of each place.

I suppose it’s that quirky nature of Catalonian Modernism that attracts me to it. That and the fact that it was a child of its time. The development of industry in the city during the latter part of the 19th century meant that the materials needed for the architects and artists to realise their designs was close at hand.

The use of the materials in an imaginative way is what makes this style stand out from what went before. The wrought iron gates and window grills are a case in point, as is the widespread use of ceramic tiles and coloured glass. Guell, Gaudi’s principal patron, made his fortune out of tile manufacture and one of the reason that Gaudi used so many tiles in his designs, especially at Parc Guell, was due to the fact he didn’t have to pay for the materials. If industry had not developed in Catalonia at that time to the extent that it did it is unlikely that tourists would be flocking to Barcelona in the numbers they do now (but much of the industry has, unfortunately, disappeared).

Impressive though they are I don’t think it’s really recommended to try and visit the Sagrada Familia building site, La Pedrera or Casa Batllo in August. Instead go to some of the smaller towns in Catalonia and go on the hunt for some more humble examples. This is not as difficult as it might seem as even these smaller places have realised that they have something to sell to potential visitors.

La Garriga, the biggest town close to where I’m staying, is a case in point. They have established a route that can be followed around the town taking in the majority of the houses that were built during this period, that was virtually at an end by the First World War.

You won’t be visiting or looking for your run of the mill house. Modernism was definitely a style of and for the rich and apart from a few examples spread around the region, such as a factory in Terrassa or the old hospital of Sant Pau in Barcelona, not many of the buildings were designed to be accessible to the public. This was conspicuous consumption taken to its extreme and many of the houses were as ornate inside as they were out.

That’s the case in La Garriga, which grew rapidly as its spa status attracted the Barcelona rich who were looking for an escape from the intense summer heat of the capital city. The Ruta de Modernismo takes you to some of the houses they built for mainly occasional, summer use. Some have changed their use and one, for example, is now an English language school, but many are still in private hands.

There is, however, one that is slightly different. This is one of the biggest and is uninhabited and I’m not sure who actually owns it. It’s possible to see the outside (no access to the interior) on the monthly tours and I went on one of those last year.

This year, passing by, I noticed that the gate was open and as I searched for someone to tell them about this I took the opportunity to take some more pictures and a selection of those, and the ones from last year, are presented below as a slideshow.

One final point, nationalism was also an aspect that drove the designs of the Modernist architects so images of Sant Jordi (the patron saint of Catalonia as well as England) is often depicted. The mosaic on Casa Barbey, though, is one of the finest I’ve seen.

Guided tours take place the 2nd Saturday of each month, at 10.00, leaving from the Tourist Information Office at Carretera Nova, 46. Cost €4. For more information call 93 113 70 31 or email info@visitlagarriga.cat. 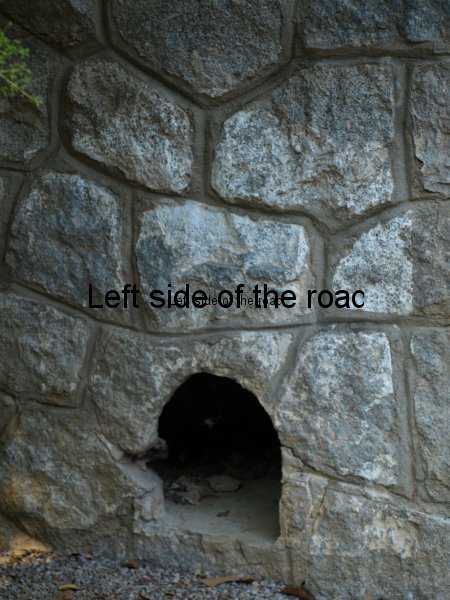 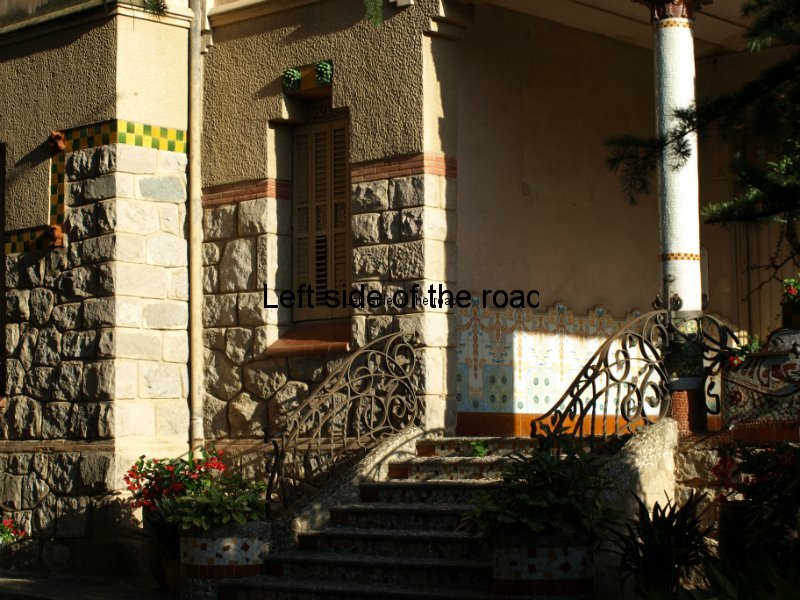 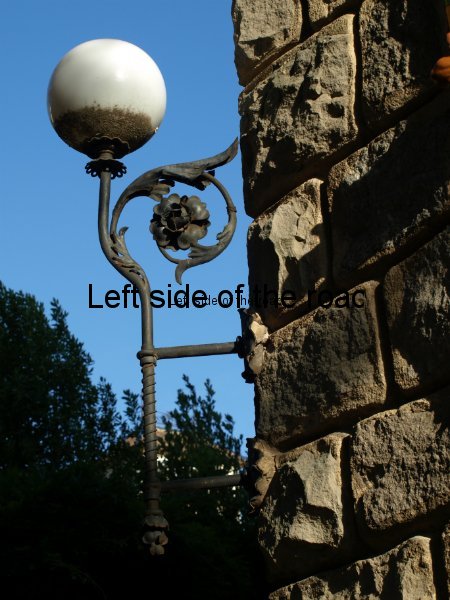 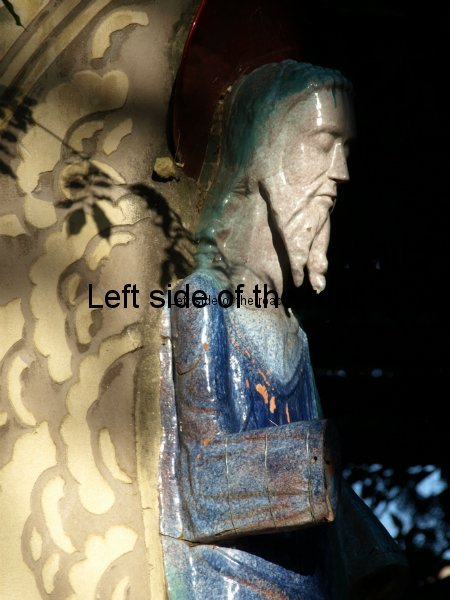 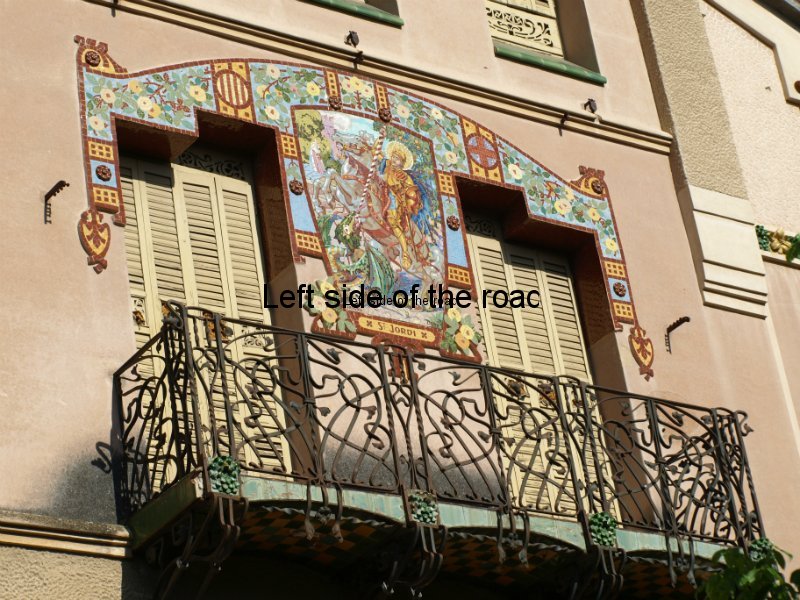 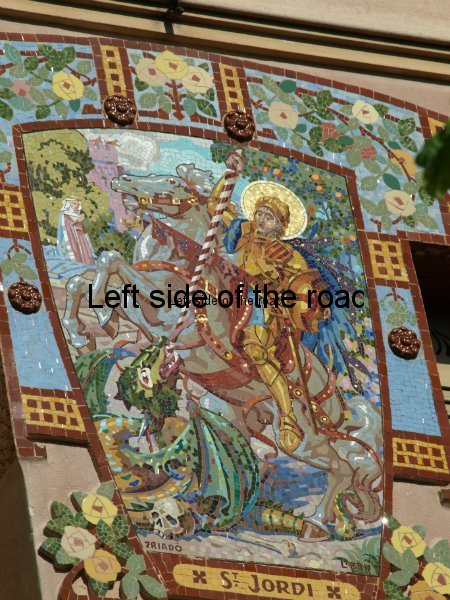 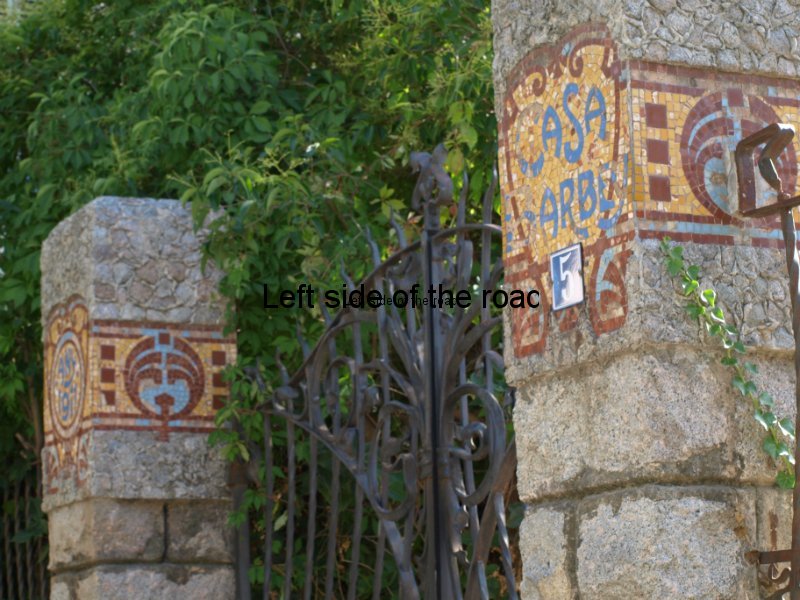 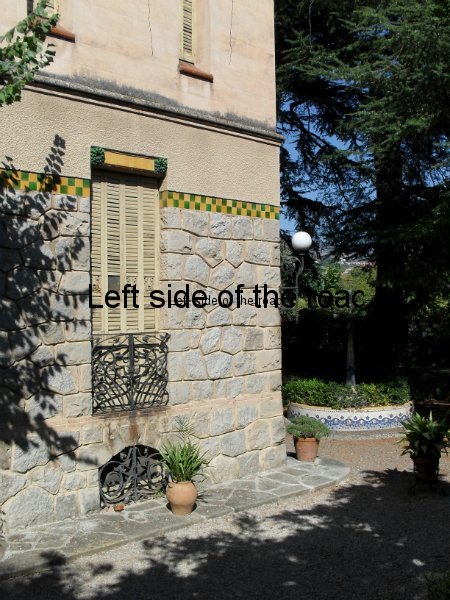 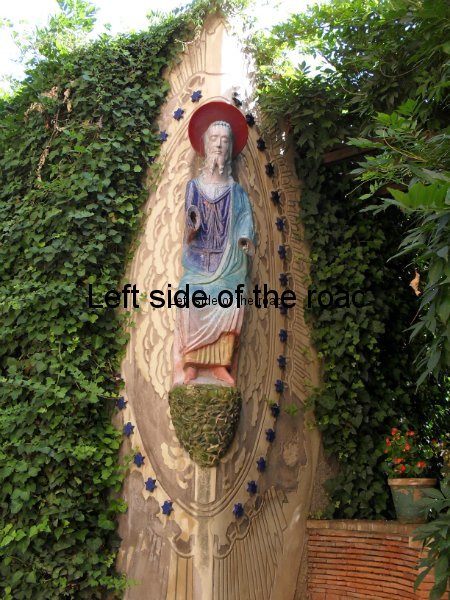 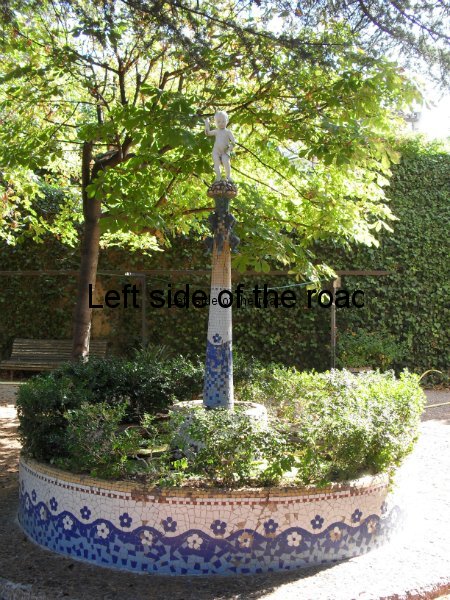 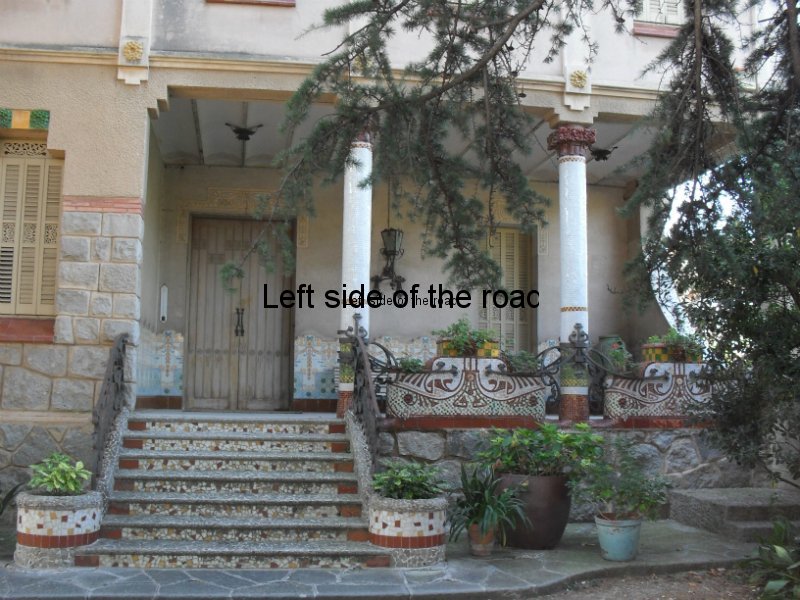 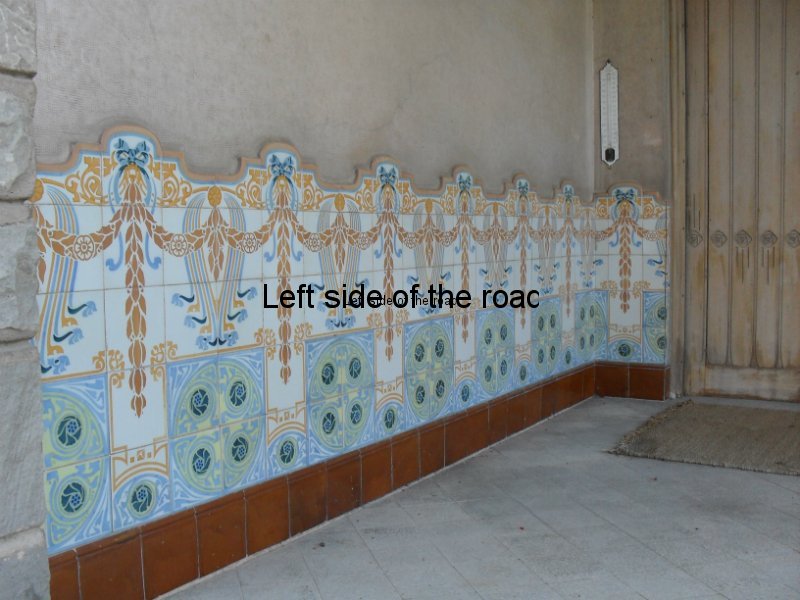 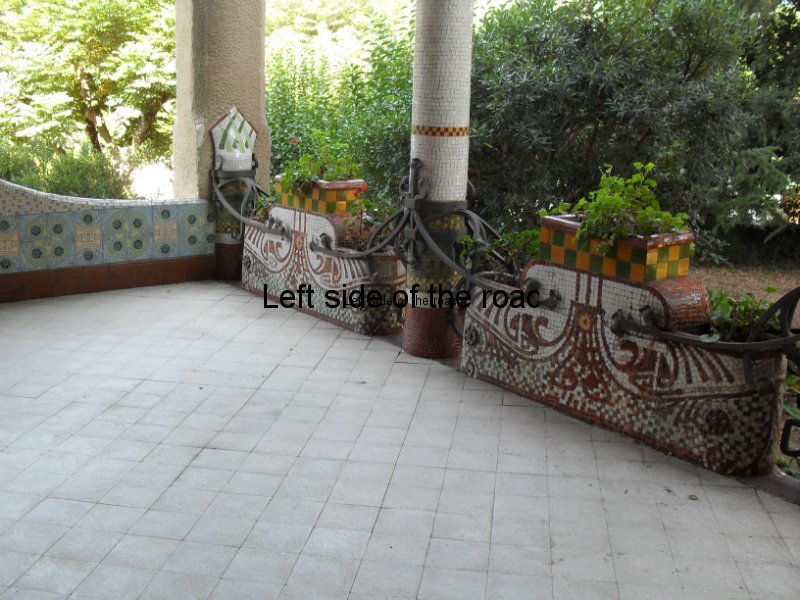 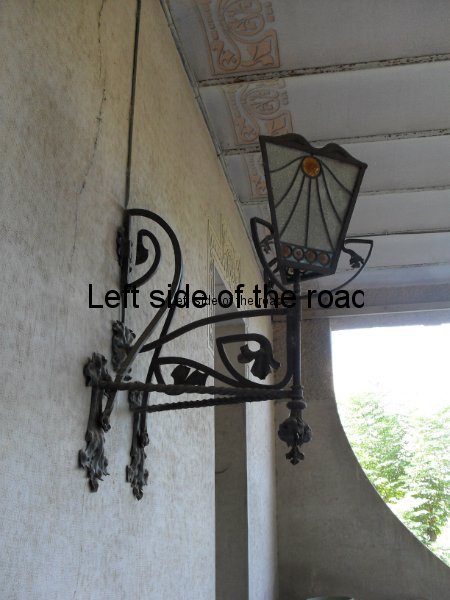 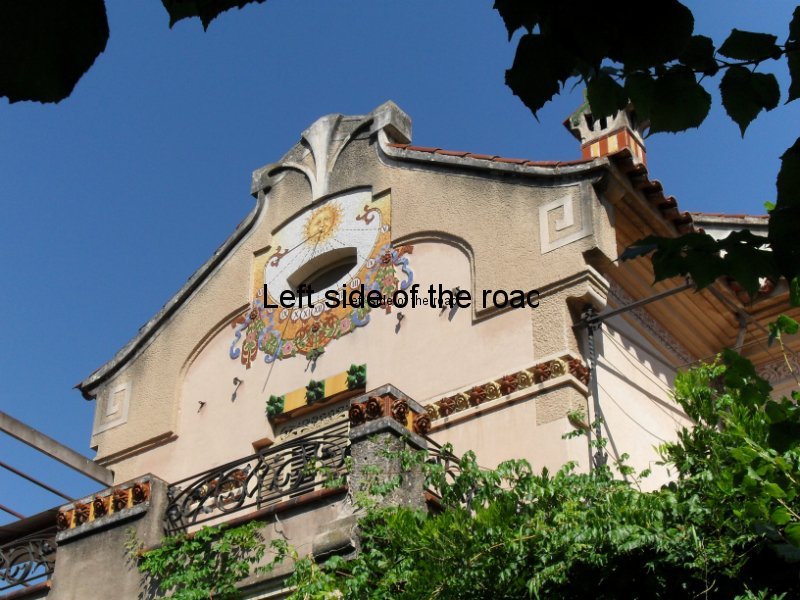 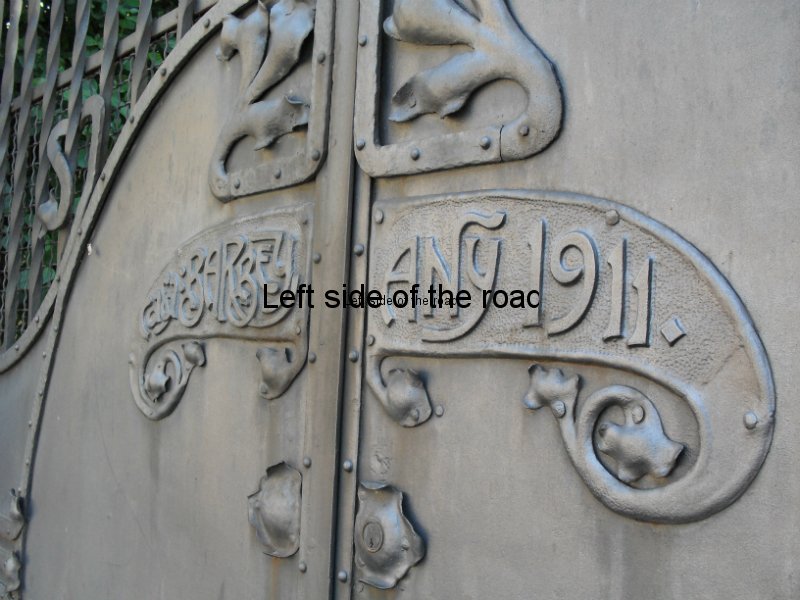 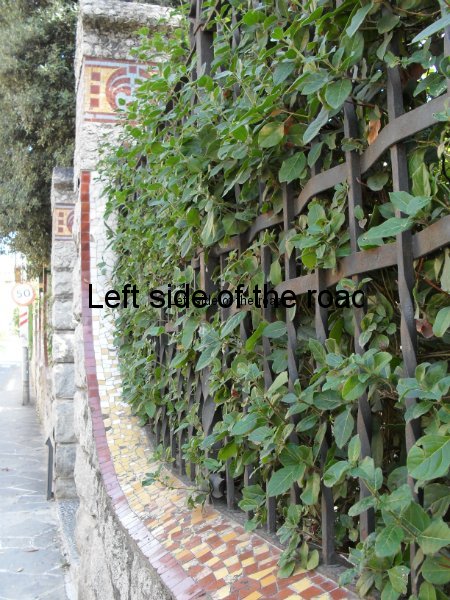 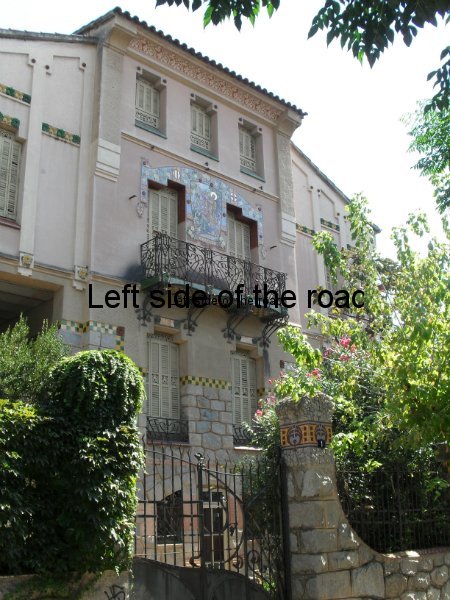 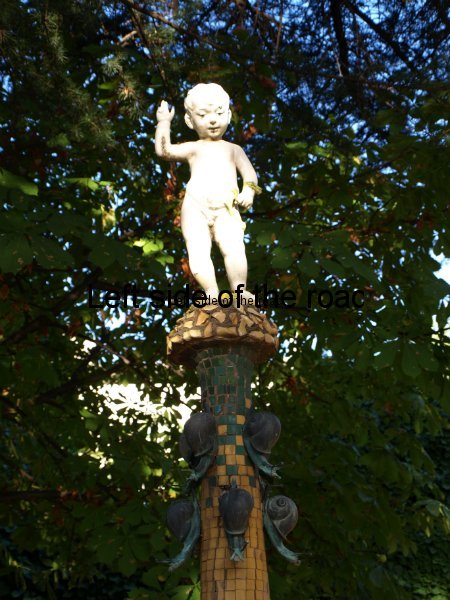 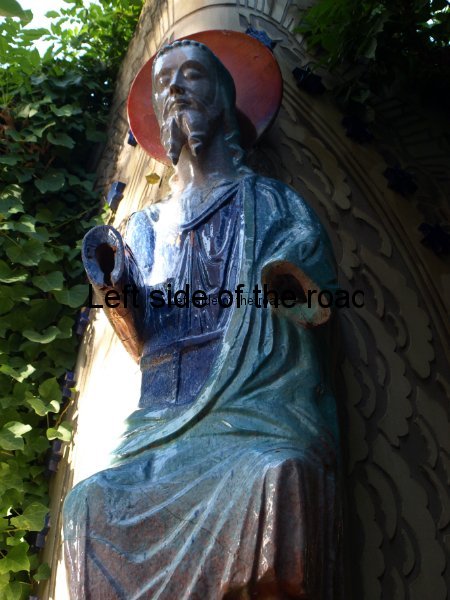 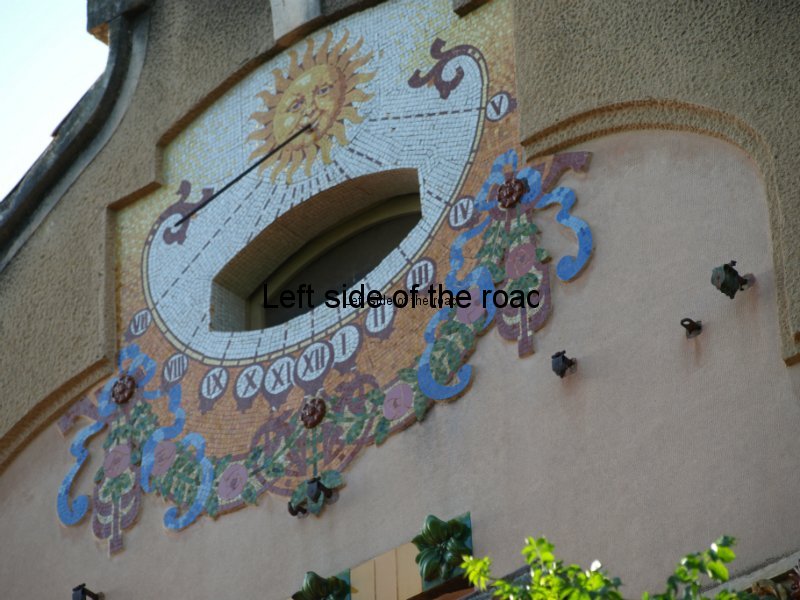 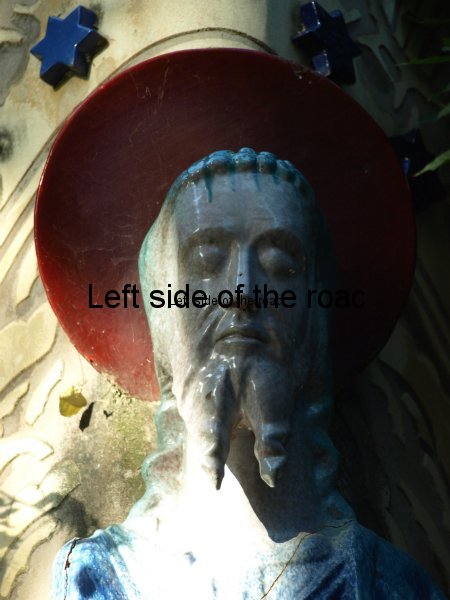 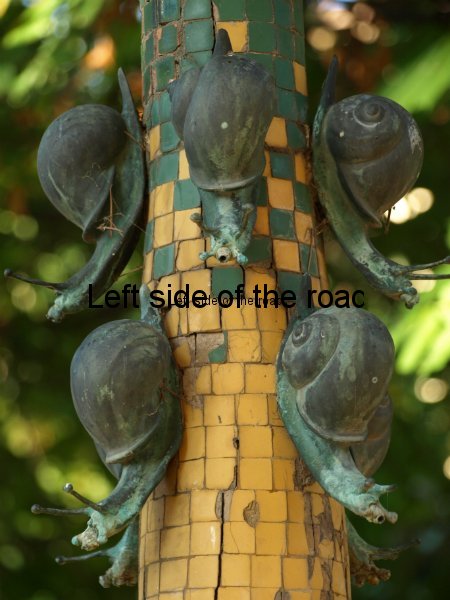 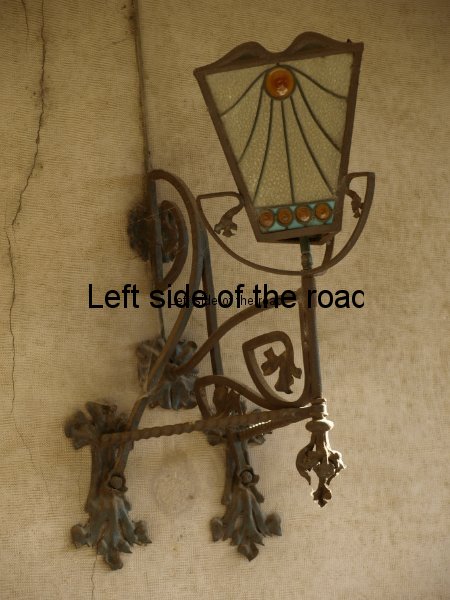 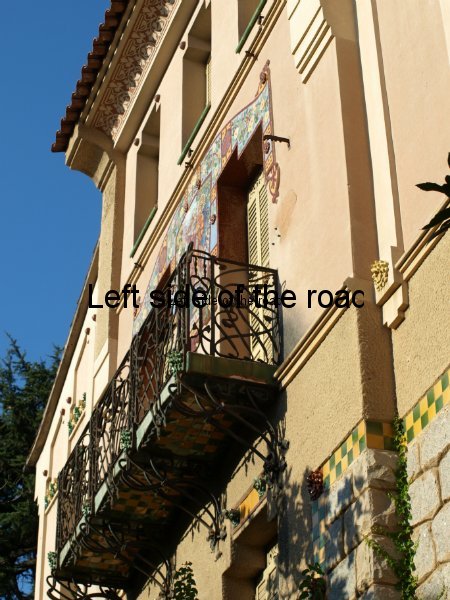