The work to exclude the vast majority of the population of Buenos Aires from a sizeable chunk of the city centre began during the night, with the barriers being partially installed along the whole length of the perimeter. A certain amount of movement was being allowed on the Thursday but in such a way that people would soon get the message that it wasn’t worth the effort. This first tranche of lock-down has made ‘my bar’ out of bounds for at least the next three evenings – things will start to be relaxed as Sunday wears on.

Many shops and businesses were closed as the sheer effort of getting into town and then back out later in the day wasn’t worth it. Those who could choose decided to have a longer than normal weekend. The fact that the buses, on those lines that were still running on Thursday, were also going to finish early meant that by mid-afternoon the city was quieter than it was on a Sunday.

As shops and restaurants start to close the definition of the no-go area will be complete and riot police will be in attendance every second of the day and night until some time on Sunday morning, when all those who have caused such disruption are long out of the country.

How long it will take for the city to get back to normal will depend upon the willingness of the authorities to take down the barriers as quickly as they were installed. They won’t be going into storage and they will be ready for any disturbances in the future. Hard times are definitely in store for many Argentinians and, hopefully, they will start to stand up against he ‘adjust brutal’ demanded by the International Monetary Fund.

I’ll be going to look at the results in the morning. There are two barriers within about 5 blocks both to the east and the west from where I’m writing this. Transport difficulties (which on Friday and Saturday will be compounded by the fact that the underground system will also be out of action) means the streets will be very quiet.

There’s a demonstration planned to start at 15.00 on Friday and will be meeting up a long way from where anything will be happening during the day so don’t have a clue how matters will pan out. If people plan to try to break through the cordon it means they will only really have managed to get a block or two closer to any goal as there are cordons within cordons and then any buildings will have their own, immediate ‘protection’.

The cost of this must be huge but haven’t seen any figures of how much and who will be paying, the city or the national coffers. As things are so bad economically perhaps the Argentinian President will be passing the hat around at the gala planed for Saturday night. 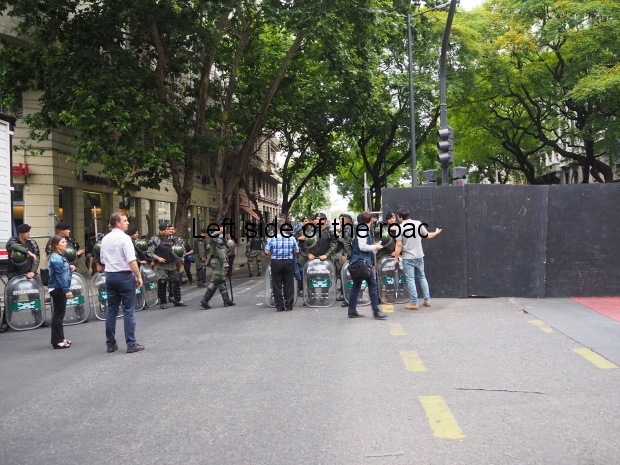 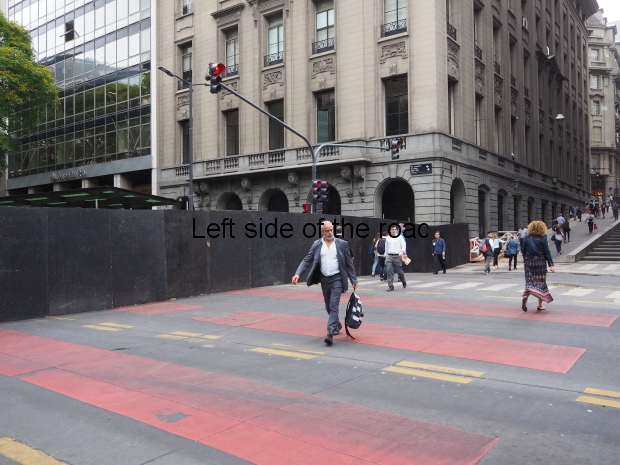 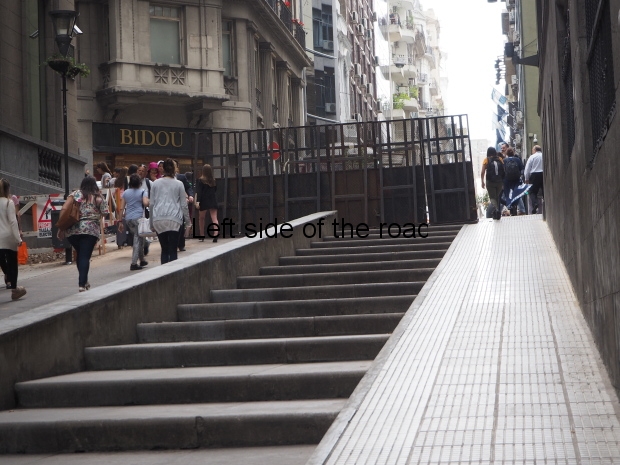 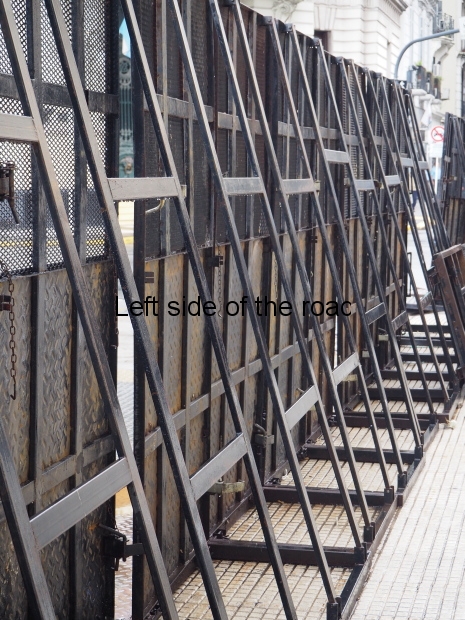 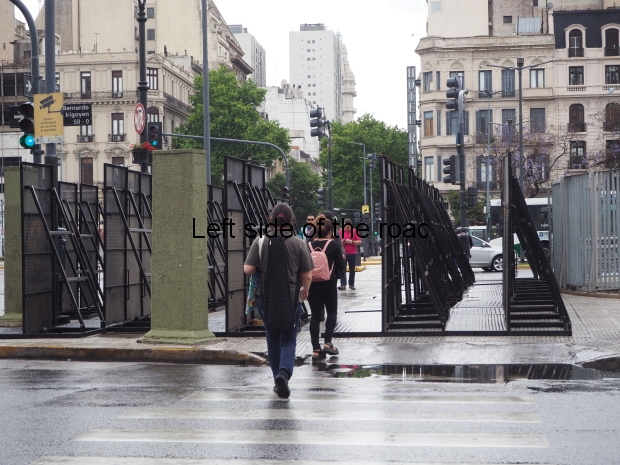 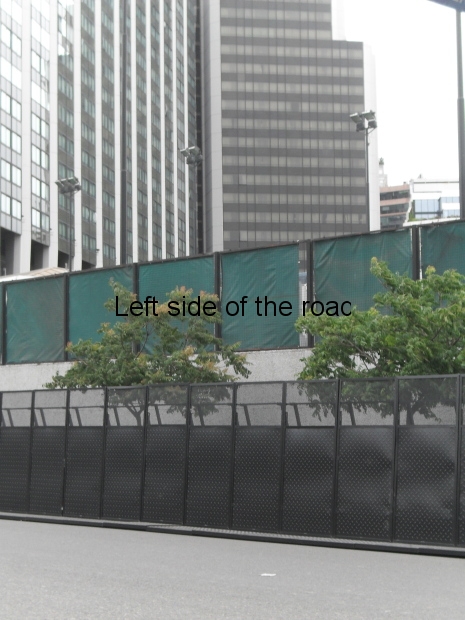