Tall ship under sail in the Caribbean

First impressions of what life is like on a tall ship, for those who have limited or no experience at all of being on a sailing ship – or many other ships at all, apart from the Mersey Ferry.

Going up the masts

Was always going to be a daunting experience but at the same time the expectation was more of a problem than the reality. Modern day sailors who climb in Tall Ships at least are doing it by choice, but at the same time there still remains a risk, even though now you use harnesses and support wires which mean, unless you are very unlucky, all that you will lose if you fall is your dignity and not your life.

It’s just like climbing a very big ladder and as long as you maintain the basic principle of having three points in contact you should be OK. However, matters do take on a slightly different light when you climb when at sea with the rolling of the ship being an added factor. But this is generally more psychological than real as long as you are fixed you shouldn’t be any more at risk than if the ship was in dock.

What does become a problem is when you don’t know exactly what you’re doing. If you have a task in hand, do it and then head down again. This idea of playing around up top is a luxury that is only allowed to a relative few. Even those professionals who now work on some of these huge luxury cruise sailing ships who have to go aloft often would get down as soon as possible, I’m sure.

Getting used to the motion

So far there has been little problem in getting to grips with the motion on board. That’s not least because we have been sailing in the Caribbean in summer for the last couple of weeks or so. That’s not to say it never gets rough here.

There is quite a lot of time when there may not be a great deal to do so you tend to spend a lot of time just looking out at sea. Even when on watch the vast majority of the time is as it says, on watch, on the look out for other shipping. And looking at the sea itself.

Doing so you understand how the terms ‘ploughing’ through the water and ‘boiling’ to describe the foam that you leave behind in your wake.

There was one period of about twelve hours when we were under sail and going against the wind where the ship was bucking with the bow trying to turn the vessel into a submarine. This had the ship over at an angle of 20 or so degrees to port (that’s towards the left if you are looking towards the sharp end at the front).

But when the vessel is moving like that it’s a physical effort to take even a few steps. And it’s important to remember that – if you don’t you are soon reminded – that the surfaces on a ship are always very hard and it hurts when skin and bone comes into contact with metal. Also you realise how heavy the bulk head doors are when their weight is against you.

But it also has the effect of making you tensing the knees to deal with this, so it should be a benefit for the next project of crossing a small northern European country after crossing a major ocean.

How a ship works

There’s no way in the time I’m on this ship, even though it will probably be close on two months, that I will have little more than a general understanding of how a tall ship works.

Nonetheless, it’s an impressive piece of equipment and you can see how it has evolved over the centuries. Basic techniques have been refined and new technology has made a difference which early sailors would have killed for. However, most of the tasks involve ropes and muscle power and getting to know the best way to use whatever energy you have is part of the game. Knowing when to pull the correct rope, or more importantly when to let it go, is what getting the sails up and down quickly and smoothly is what it’s all about.

And being on the helm is fun. It’s a bit like driving someone else’s extra-large artic lorry. You can’t see exactly where you’re going and take instructions from the navigator. But trying to get a feel for things, how the wind affects your ability to steer and how to keep the wind in the sails and not to let them flap uselessly is where the real skill comes in to it, and that’s quite a way for me at the moment.

This, fortunately, hasn’t been an issue for me so far. There have been a few casualties, sea-sickness being one of those things that affects different people in different ways. However, the test is yet to come so there might be more to say on that the next time I get to add a post to the blog.

I did have a ‘why am I doing this’ moment the second time I had to get ready for the 12.00 to 04.00 watch. The first time was difficult but wasn’t so bad the second time. Haven’t really had one of those moments since although now looking forward to moving off from St Lucia. Only came to the Caribbean to meet the ship and so didn’t really do any research into the islands in any meaningful manner. That means I didn’t have the information to fill the time here and spent too much time drinking the awful lager beer or the rot gut super strength rum. From tomorrow (Saturday) on the ship will be dry for the next 10 days or so until we make land on Bermuda. 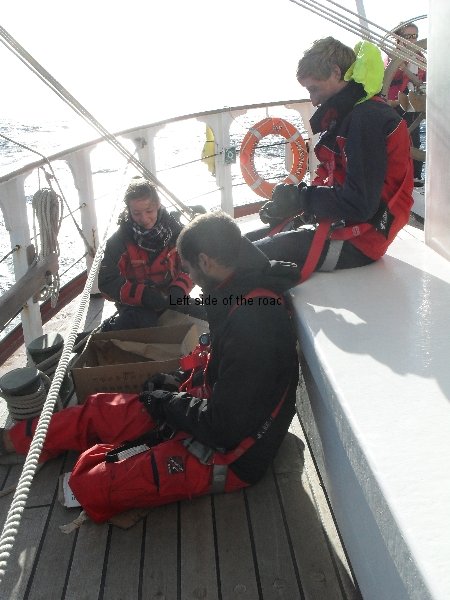 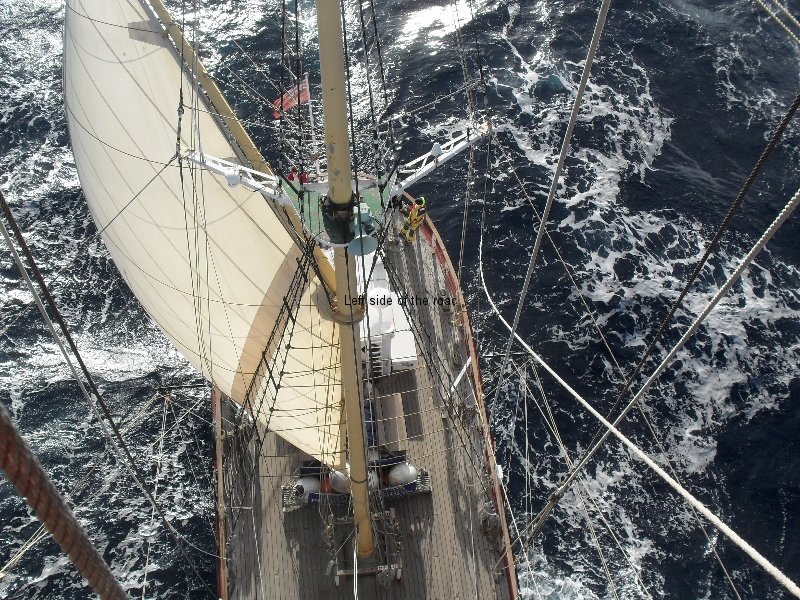 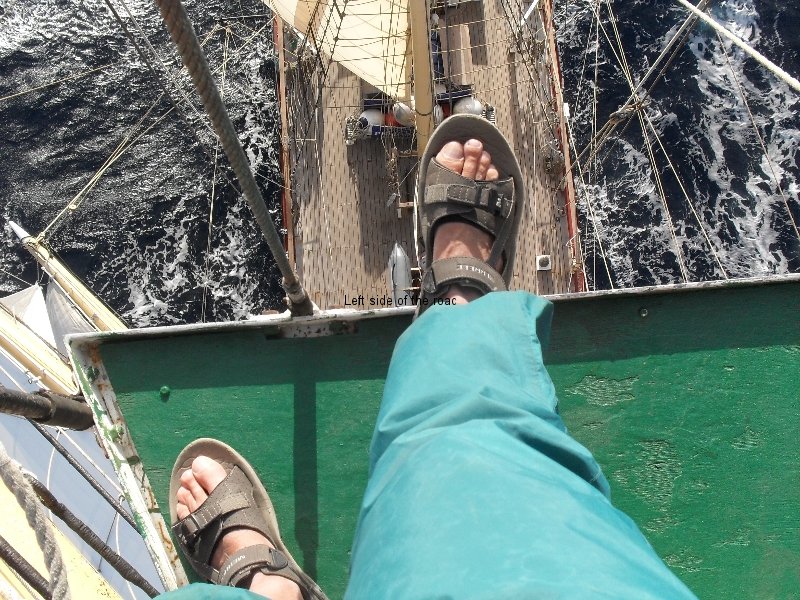 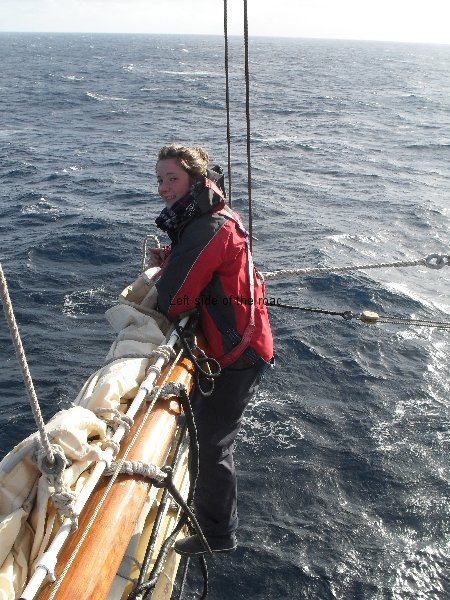 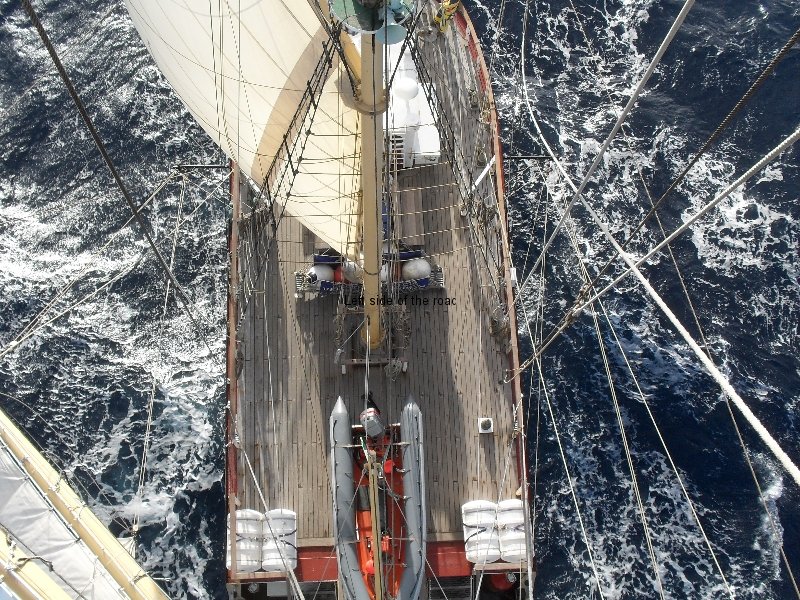 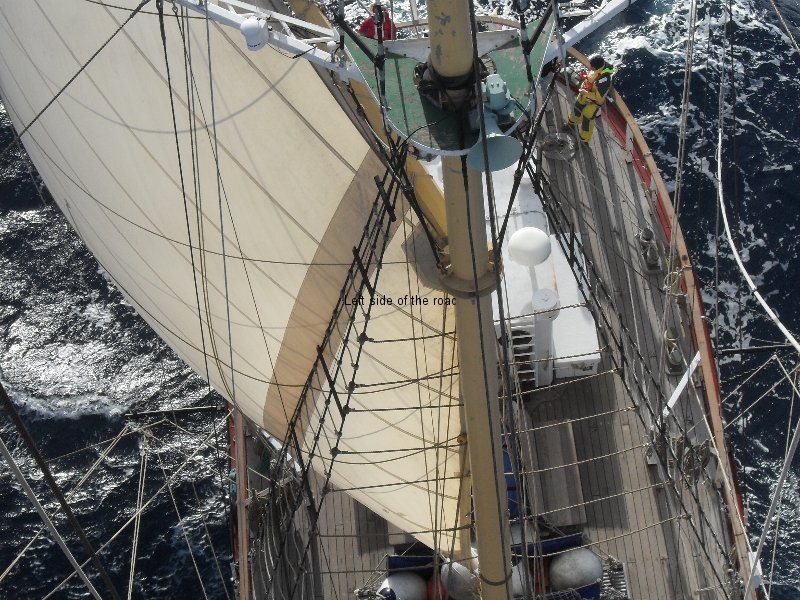 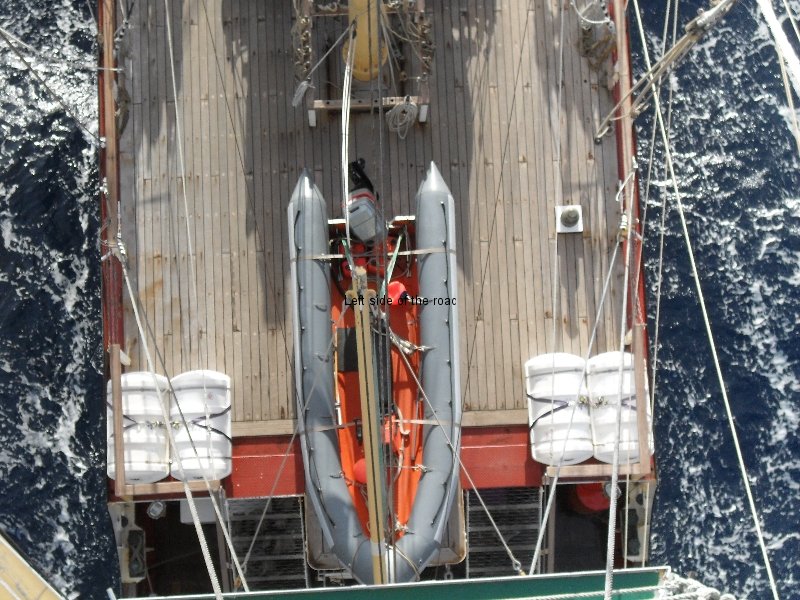 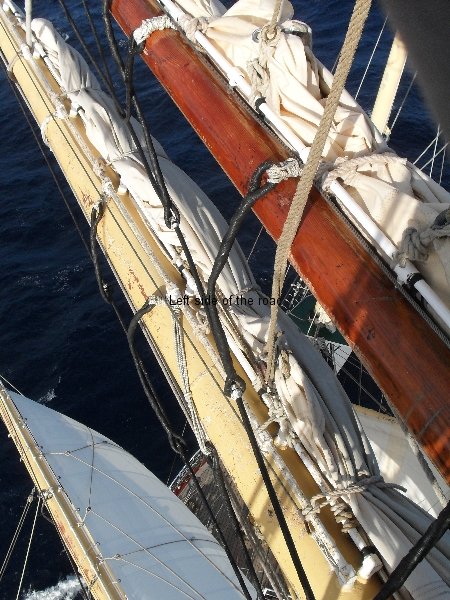 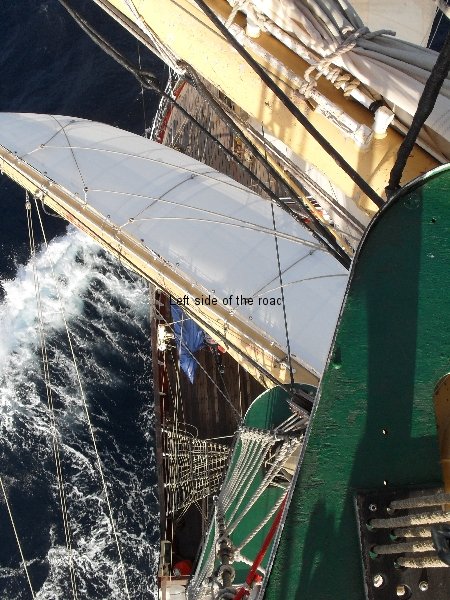 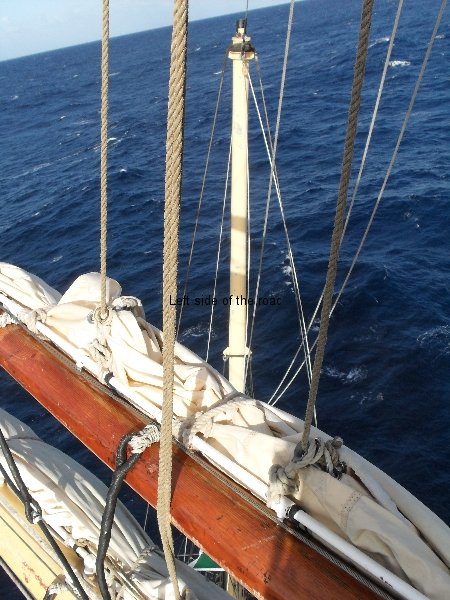